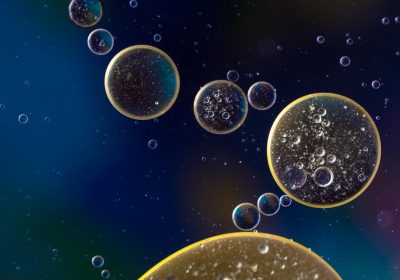 The process of white blood cells responding to infections begins earlier than previously thought, according to a new study by scientists at the University of Birmingham.

When the body is infected, the white blood cells that make up the immune system step into action to fight back. However, the process of developing immunity is a long complicated process and it typically takes at least one to two weeks for the body to eliminate an infection. Crucially, this is often accompanied by the generation of memory immune cells that ‘remember’ this initial infection and ensure that the body is protected in the future.

Immunity requires the close cooperation between different types of white blood cells, particularly those called T cells and B cells, which adapt to respond differently to each new infection. When a T cell encounters an invader that is recognises, signals are sent within the cell to its nucleus to turn on the genes that control its functions. This includes the growth factor Interleukin-2 (IL-2) which T cells use to support their own growth and expansion to produce an ‘army’ of responding cells.

When T cells start to respond they also receive other signals from cells in the surrounding tissues telling them what type of response to make. For example, a virus such as influenza inside the lungs will trigger signals to make a type of T cell called a “Th1 cell’ that is best at fighting off viral infections. Other types of infections at different sites in the body can make different types of T cells.

It was previously thought that the signals for all these types of T cells were delivered by master regulators that start from scratch to turn on highly specialised genes suited for different occasions. These signals come from other interleukins like IL-4, IL-12 and IL-6 which each connect with different sets of genes.

Led by a multi-disciplinary team from the University of Birmingham’s Institute of Cancer and Genomic Sciences and the Institute of Immunology and Immunotherapy, this latest study has revealed that the signal which kick-starts the process actually comes from IL-2 when T cells are activated for the first time, long before they make any decisions about what type of T cell they will turn into. IL-2 promotes the binding of regulatory proteins to genes, to open them up and make them receptive to whatever signal they might see next. When cells then see the master regulators, this next wave of proteins simply bind to sites on genes that were already open.

Professor Peter Cockerill, from the Institute of Cancer and Genomic Sciences said: “This study has turned old arguments on their head, showing that sometimes master regulators are not as much in control as we previously thought.

“The regulatory proteins turned on by IL-4, IL-6 or IL-12 are not the drivers of specialised T cells, they just help push them in the right direction. What is at stake is knowing whether it is the growth factors which are instructive, or the T cells which are receptive. It may seem like a small point, but these are the decisions that cell fate depends on. From now on, we will have to think in a different way about how the immune system produces different responses.”

Professor David Withers, from the Institute of Immunology and Immunotherapy said: “this was a great collaborative project enabling understanding of how important the initial signals received by T cells really are in controlling what they end up doing”