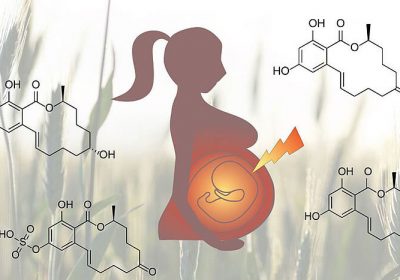 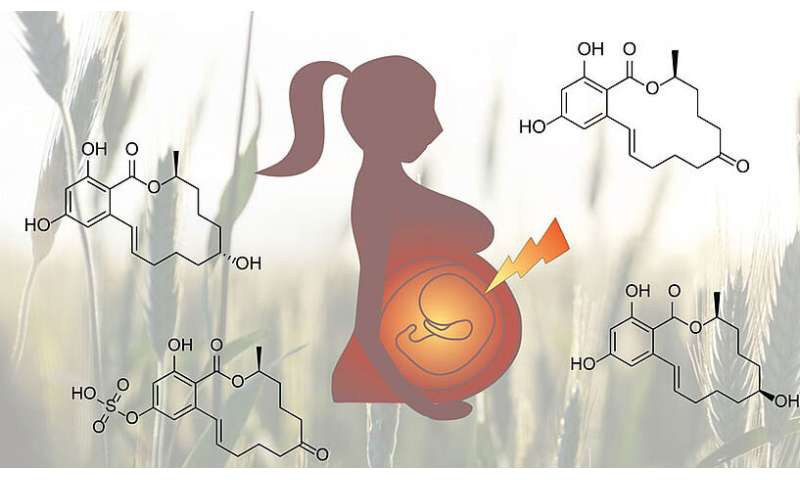 The human foetus is considered to be particularly sensitive to environmental contaminants. A team led by Benedikt Warth from the Faculty of Chemistry at the University of Vienna and Tina Bürki from the Swiss Materials Science and Technology Institute, Empa, has now been able to demonstrate for the first time how the widespread food estrogen zearalenone behaves in the womb. Using a new analytical method, it was shown that the xenoestrogen migrates through the placenta and is partially converted to other harmful substances. The study was published in the current issue of the renowned journal Environmental Health Perspectives.

Xenoestrogens are absorbed through the environment, especially through food. As estrogen-like substances, they can have a profound effect on the body’s hormonal balance. Zearalenone, a widespread food estrogen, is produced by fungi (Fusarium species) and enters the body mainly through the diet of bread, cereals and other grain-based products.

“The placental barrier offers the unborn child a certain degree of protection against bacteria, viruses and some foreign substances including some drugs or environmental toxins absorbed by the body. But, as we were able to show for the first time, zearalenone migrates through the placental barrier” says first author Benedikt Warth from the Institute of Food Chemistry and Toxicology at the University of Vienna.

The path of zearalenone through the womb was demonstrated in experiments with fully functional placentas that were donated after planned Caesarean sections: “The use of human placentas is crucial to achieve predictive results for the transport and metabolism of zearalenone,” says Tina Bürki from Empa in St. Gallen. “This is due to considerable species-specific differences in the structure, function and metabolic capacity of the placenta.”

The researchers measured the concentrations of zearalenone in the tissue of the placenta itself as well as in a nutrient solution before entry and after exit from the placenta, and therefore within the influence of the foetus. At the same time, they were able to study the metabolic products produced by enzymes in the placenta. 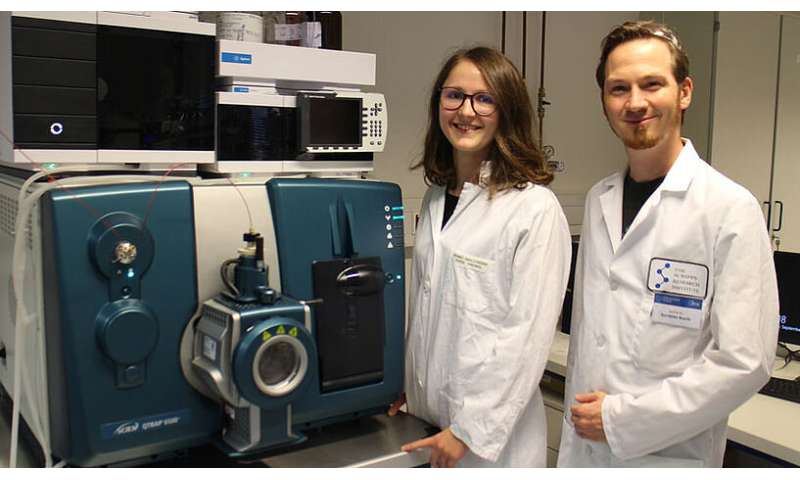 “If we ingest environmental contaminants, they are usually detoxified in the body via our metabolism and then excreted. However, there are also enzymes that make these substances even more bioactive,” says Bürki. The researchers showed that the placenta produces metabolic products that are about a factor 70 more estrogenic than zearalenone. Therefore, even small concentrations could have a greater impact on the embryo than previously assumed.

“This finding should influence future risk assessments, even if the threshold limit values in baby food and breast milk substitutes are already more strictly regulated than for other products and the EU has introduced the world’s most protective regulatory limits,” explains Benedikt Warth.

The body’s hormonal balance is highly sensitive. It is assumed that early life exposure to xenoestrogens may have a significant impact on health outcomes later in life. This could include various diseases such as breast or uterus cancers, but also on other symptoms such as premature puberty or infertility. According to the authors, until further research is available, the best advice is a well-balanced diet in order to avoid high exposures.

Innovative technology as the basis

Only recently, the team around Benedikt Warth, Doris Marko and Karin Preindl from the University of Vienna had provided the pioneering basis for the current work in a study in Analytical Chemistry: They presented an analytical method by which more than 50 different xenoestrogens can be measured simultaneously in 20 minutes in various biological samples including urine, blood serum and breast milk. To date, these environmental contaminants were only able to be measured one at a time.