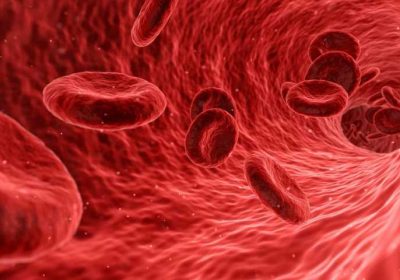 Newborns in respiratory failure who require the life-sustaining support of extracorporeal membrane oxygenation (ECMO) also require transfusion of red blood cells. But a new study indicates that the higher volume of these oxygen-carrying blood cells the babies receive, the higher their mortality rate.

“In order for the baby to survive on ECMO, they need red blood cells, they need platelets, they need plasma,” says Dr. Brian Stansfield, neonatologist at the Medical College of Georgia and Children’s Hospital of Georgia and vice chair for research in the MCG Department of Pediatrics. “You have to have sufficient blood volume to make the whole system work. But there is also increasing evidence that if you can get by with less, that is probably more.”

“We think this supports the overall trend of being more restrictive in transfusion practices and being even more mindful about when you give transfusions and when you don’t while a child is on ECMO,” says Dr. Jessica Gancar, neonatology fellow at MCG and CHOG.

The physicians are not certain their findings would hold in all populations of newborns who need ECMO, but feel confident it does for babies in respiratory failure, the largest population of newborns who are placed on this external circuit that can take over the work of the lungs, or the heart and lungs, for a matter of days until the problem, such as waste material aspirated into the lungs during delivery, clears or is corrected by surgery.

They say the findings also are another good reason for ECMO centers to reexamine when they transfuse babies.

Hematocrit levels, the ratio of red blood cells to total blood volume, are a key measure typically used to determine whether to transfuse.

“Our transfusion practice is when the hematocrit hits 35% we will transfuse,” says Stansfield. “Most ECMO centers still have a threshold of 40%, which means they are transfusing more. Others transfuse at 30%. So in our program we also have to ask the question if we are accepting some unnecessary risks. Could we get by with less?”

They looked at their medical records and predicted mortality risk based on a risk assessment for babies requiring ECMO called Neo-RESCUERS, for any relationship between blood product transfusion—including the primary component of red blood cells as well as, plasma which gives the blood volume, and platelets that enable clotting—and death and complication rates in these babies.

“We identified a clear linear relationship between mortality and red blood cell transfusion volume. Specifically, for every transfusion of red cells while on ECMO, a baby’s chances of survival decreased by 14%,” Gancar says.

They found no correlation between increased mortality and plasma or platelet transfusions.

Gancar is presenting the findings during the Southern Society for Pediatric Research meeting Feb. 13-15 in New Orleans.

While blood product transfusions are necessary for critically ill newborns on ECMO, transfusions are given in response to “understudied, arbitrary thresholds and may be associated with significant morbidity and mortality,” they write in their abstract.

“I think we are getting to the point, with neonatal ECMO in particular, where we are transitioning from how do we prevent death by intervening with ECMO—for a long time that was the question—to asking questions like once you are on ECMO, how do we make outcomes better,” Stansfield says.

“We already know that going on ECMO is a risk, that all the blood and other products we are giving at the start of ECMO is a risk, but could we limit some of the additional risk?” he says.

Because blood is moving from baby to machine to be cleaned and oxygenated then back to baby, ECMO requires essentially doubling the baby’s blood volume, Gancar says. Just priming the pump typically requires two packs of red blood cells along with other select additives like albumin, the most abundant protein in plasma which helps transport substances like hormones in the blood, and the blood thinner heparin. Typically two more packs of platelets as well as fresh frozen plasma are given once the baby is on ECMO. Other blood product transfusions may follow over their course on ECMO, which averages three to seven days at CHOG.

At CHOG, the neonatal specialists work hard to give as few transfusions as possible and some babies, typically those on ECMO five days or less, may not require any exposures beyond the pump priming; others, typically the sickest babies, may be given five to 10 transfusions over their treatment course. They note that their study adjusted for sickness severity so that could not explain the increased mortality they found associated with more red blood cell transfusions.

It’s known that a blood transfusion, while lifesaving in many scenarios, also increases mortality risk in essentially any disease process, Gancar says, as they can prompt problems like increased inflammation, despite modern typing procedures to help ensure a good match between donor and recipient.

“It’s been shown for a long period of time that more transfusions equal more death,” Stansfield adds, and in these babies that risk seems uniquely associated with red blood cells, which have to be separated from factors they normally circulate with, be exposed to preservatives and may have a protracted storage time before they are transfused.

Decades of success with ECMO has the CHOG team confident about its value in helping babies overcome potentially deadly but also potentially reversible problems like meconium aspiration, but they still have a “healthy respect” for the technique, Stansfield says.

They rule out traditional therapies first like using a ventilator to support breathing and the gas nitric oxide to dilate the lungs and blood vessels. Stansfield notes that the number of babies who need ECMO has decreased over the years as neonatal teams like theirs have gotten better at these other strategies.

But sometimes: “We run out of options unfortunately and that is when we bring in ECMO,” says Stansfield. While the team has one of the longest and best track records in the nation with ECMO, the facts remain that it requires surgery on the baby’s neck to place a small cannula in their internal jugular vein and sometimes a second one placed in the carotid artery to return the warmed and oxygenated blood back to the baby. Both those blood vessels no longer function afterward.

Approaches like ventilators are more straightforward and less invasive, Stansfield says. “But the realization is that we know there is a small percentage of kids that need more intensive therapy,” he says.

CHOG had the first ECMO program in the Southeast and one of the first half dozen programs in the nation. MCG faculty used ECMO for the first time on a baby at CHOG March 16, 1985.

Respiratory failure includes meconium aspiration, when a baby gets stressed in utero and releases waste product which can clog their airway when he or she tries to breathe on their own, and persistent pulmonary hypertension when the baby’s lungs don’t adequately take over the fundamental of providing oxygen at the moment of birth.

“The transition from the mother breathing for the baby to the baby breathing for itself does not happen right,” says Stansfield. “Any sort of delay as you can imagine would be detrimental.”