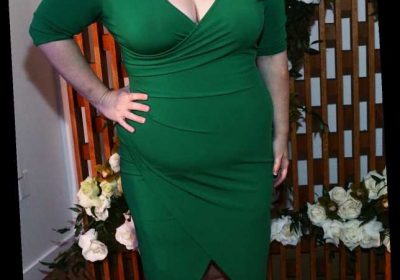 Rebel Wilson got her daily workout in while starring in the upcoming film Cats.

As part of an ensemble cast that includes Taylor Swift, Idris Elba, Jennifer Hudson and Jason Derulo, Wilson, 39, opened up about working with her castmates on the film’s extensive dance numbers — resulting in the loss of a few pounds.

“I lost 8 pounds, shooting my number, in four days,” Wilson told Entertainment Tonight on Thursday. “One, because there’s a lot of physicalities… but also, they heated up the set very high, to almost 100 [degrees] Fahrenheit, so that we could never cool down.”

Wilson said the temperature onset was maintained at such a warm setting in order to keep the cast of dancers loose and nimble during the shoot.

“These people are, like, the best dancers in the whole world, so they can’t cool their muscles down or they could get an injury and they’d be out of the film,” she said. “So they’d heat up the set like a sauna so we would never cool down, but [it] made it pretty uncomfortable.”

But the high-intensity demands brought on by the dance choreography proved to be worth it in the end, as Wilson couldn’t be prouder of the final product.

“The artistry that’s gone into this film — and to know that it’s all live singing and dancing — spectacular is the right word to describe the film,” she said. “It’s epic.”

In the film, Wilson plays a feline named Jennyanydots, which she previously described to PEOPLE as a “different kind” of cat.

“I’m not a sexy Catwoman,” she said. “I’m doing the middle-aged lazy cat in the movie.”

Never miss a story — sign up for PEOPLE’s free daily newsletter to stay up-to-date on the best of what PEOPLE has to offer, from juicy celebrity news to compelling human interest stories

For Tom Hopper’s musical film, the cast did their own live dancing and singing, with their cat fur and features added in post-production via cutting-edge CGI visual effect technology.

When the first trailer for the movie originally dropped in July, viewers shared a slew of mix reactions online. But the Bridesmaids actress wasn’t too bothered by some of the negative criticism that was expressed.

“When the trailer came out, the response was pretty massive,” Wilson told Cosmopolitan in July. “There’s some people who were like, ‘Oh my God’ because it is brand-new technology that’s CGI. I think people get confused because it’s essentially a dance movie in a lot of ways.”

She added, “So it really is all our own bodies. And yes, they’re covered in fur. I think some people found it a bit creepy because we’re people but we look a bit like cats dancing around.”

A second trailer for the star-studded big screen adaptation of the hit musical debuted in November, giving fans further insight into the transformations the A-list cast undergoes to play singing cats.