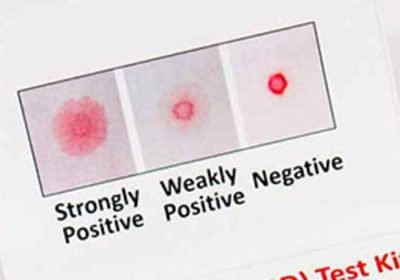 A three-minute urine test has been shown to successfully detect preeclampsia – life-threatening high blood pressure during pregnancy that is often misdiagnosed.

One in 20 women develop the condition when they are expecting, but the symptoms often masquerade as other, innocuous things.

Sufferers develop swollen ankles, blurry vision, or brain fog – all of which can be passed off as pregnancy-related body changes.

However, missing the signs can be fatal, and there is pressure on researchers to develop new diagnostic methods as the US struggles to lower its astonishingly high rate of maternal mortality.

Now, researchers at Ohio State University Wexner Medical Center have developed a test that uses dye to spot proteins associated with preeclampsia in the urine of expecting mothers.

They are in the midst of an FDA trial to approve the test, which they hope will be available in homes, clinics and hospitals within two years. 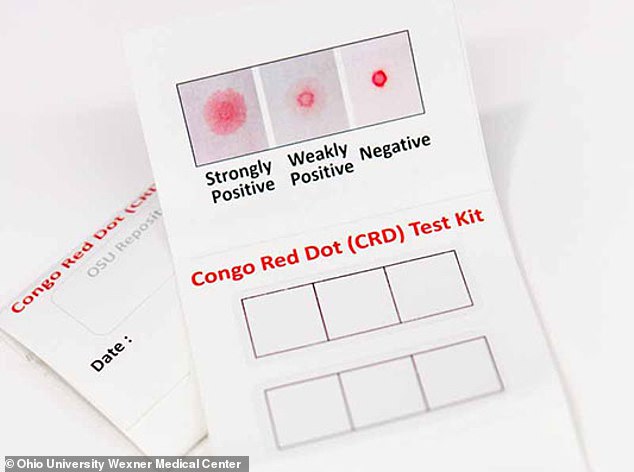 Researchers used a technique called the Congo Red Dot test to see if they could spot preeclampsia proteins in urine. They put dye in urine of pregnant women and placed it on paper. The dye winds in between the proteins, making it spread out more

‘Given the simplicity of the test and the ease of use, it’s something that could be administered not just in hospitals but in the doctor’s office and, we hope, at home,’ Dr Kara Rood, lead author of the study and maternal-fetal medicine physician at Ohio State Wexner Medical Center, told DailyMail.com.

‘We would like to put it in the hands of women to test at home to provide early diagnosis and treatment to lower the rate of maternal mortality.’

Preeclampsia is a potentially fatal pregnancy complication marked by a mother’s high blood pressure that affects some women usually during the second half of pregnancy from around 20 weeks.

It is increasingly a concern in US delivery rooms, where maternal deaths are more likely than in any other wealthy nation.

The United States has one of the highest rates of maternal death in the developed world, and black women are disproportionately affected.

A few decades ago, most maternal deaths were the result of logistical issues during childbirth such as infections.

Recently, the scales tipped and in America, most maternal deaths are the result of underlying illnesses that had not been spotted beforehand – such as undiagnosed diabetes, which can pave the way to life-threatening preeclampsia. 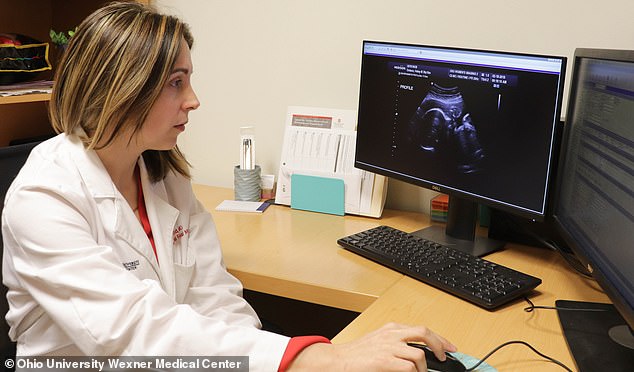 Lead author Dr Kara Rood says the test would not be used as the one definitive diagnostic method, but could help guide doctors who are often clutching at straws trying to decide whether seemingly normal symptoms are signs of something sinister

However, the symptoms are vague: water retention, swelling in the legs, abnormal amount of protein in urine, and elevated blood pressure – all of which are also common in any healthy pregnant woman.

The idea for this new urine test was first devised eight years ago, after Dr Rood’s collaborators, from Nationwide Children’s Hospital, noticed certain proteins in the urine of women with preeclampsia.

Dr Rood suspected that they could try to detect the proteins quickly by using dye, similar to the kind used in autopsies to detect Alzheimer’s proteins in the brain.

‘That dye winds in between proteins and that causes a spread that you can see on paper,’ Dr Rood said.

In a new study, published today in the Lancet’s E-Clinical Medicine journal, they showed that rang true in a study on 346 pregnant women.

The test caught almost all of the cases: it detected preeclampsia in 25 percent of the women. It transpired 28 percent had it.

Now, the test is being piloted in centers across the US – including in Alabama, Connecticut, Pennsylvania, Ohio, and, crucially, Texas, which has the highest rate of maternal deaths in the country.

Dr Rood says the test would not be used as the one definitive diagnostic method, but could help guide doctors who are often clutching at straws trying to decide whether seemingly normal symptoms are signs of something sinister.

‘Without the certainty of this test, providers tend to be overcautious because this is definitely a condition that we can’t allow to go untreated,’ Dr Rood said.

‘This test helps us to quickly provide care to women with preeclampsia, while avoiding unnecessary admissions or even early deliveries.’