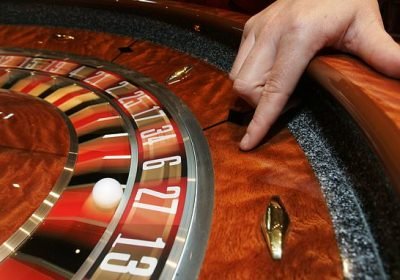 Health experts and betting companies have launched a strategy to work out how harmful gambling is to people’s health and how to clamp down on it.

Public Health England will work with the Gambling Commission and the charity GambleAware on a three-year plan.

PHE intends to produce its first review of evidence on the health damage caused by gambling in spring next year.

Together, the coalition hopes to make faster progress cutting down on problem gambling and help rehabilitate those who have become addicted. 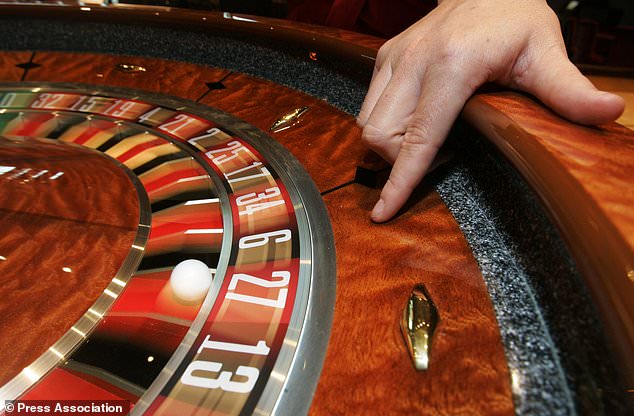 Public Health England, the Gambling Commission and the charity GambleAware will work together on a three-year strategy to make ‘significant’ improvements in how problem gambling is dealt with (stock image)

‘This new strategy will provide us and our partners the opportunity to make much faster progress to reduce gambling harms,’ said William Moyes, chair of the Gambling Commission.

‘It will not just benefit the health and wellbeing of those directly affected and in need of support, but also those such as friends, families, communities and wider society.

Compulsive gamblers seek games of chance because they have similar brain activity to drink and drug addicts, scientists found in 2017.

Researchers at Imperial College London identified two brain areas which were highly active when gamblers felt the urge to make a bet or spin the roulette wheel.

Both regions, known as the insula and nucleus accumbens, are involved in decision-making, reward sensations and impulse control – and they have previously been linked to alcohol and drug cravings.

The findings, reported in the journal Translational Psychiatry, could lead to new treatments for gambling addiction, the researchers said at the time.

Co-author of the study, Dr Henrietta Bowden-Jones said at the time: ‘We know the condition may have a genetic component – and that the children of gambling addicts are at higher risk of gambling addiction themselves – but we still don’t know the exact parts of the brain involved.

The scientists used magnetic resonance imaging (MRI) to scan the brains of 19 people with gambling addiction and the same number of healthy volunteers.

Brain activity was monitored while each participant was asked to view a selection of images that included a roulette wheel and betting shop.

In problem gamblers, the insula and nucleus accumbens brain regions were found to be highly active when seeing a gambling image was accompanied by craving.

A link was also seen with the brain’s frontal lobe, which may help to control impulses. A weaker connection between this region and the nucleus accumbens was associated with a more intense urge to gamble.

‘The success of this strategy relies on everyone working together to reduce gambling harms through prevention and education, and treatment and support.’

The National Gambling Helpline revealed in October that the number of calls it receives had risen by more than 30 per cent in five years.

And two thirds of people who phone the service say their gambling is giving them money problems.

NHS England’s director for mental health, Claire Murdoch, said: ‘There is increasing evidence of a link between problem gambling and stress, depression and other mental health issues and this is an important step in the battle to reduce the harm caused.

‘The NHS is playing its part with the Long Term Plan committing to an increase in mental health services for patients with a gambling problem.

‘But gambling addiction is not just the NHS’s problem – it is an issue for the whole of society affecting people of all ages and backgrounds which is why it is everyone’s responsibility to act.’

William Hill and the company which owns Ladbrokes and Coral, GVC, have said they will no longer sponsor football shirts.

GVC also said it would no longer use adverts on pitch-side boards, and has called for an end to advertising when sports events are on TV.

Marc Etches, chief executive of GambleAware, said: ‘Gambling is a serious public health issue and we welcome the importance the Gambling Commission has placed on collaboration between organisations to help reduce gambling harms.

‘Last year, 30,000 people received advice from the National Gambling Helpline and 9,000 people were treated via a national network of providers we fund.

‘However, less than three per cent of the reported number of problem gamblers access services so it is clear there is much more to be done in raising awareness about this serious public health issue.’