Post-Transplant KC Risk in Children Points to Need for Education 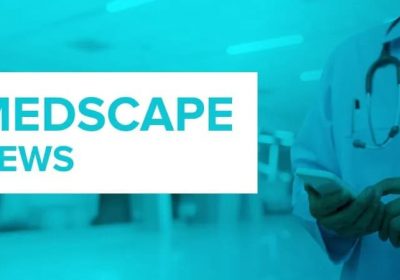 A large study showing an increased risk of keratinocyte carcinoma (KC) in children who receive a solid-organ transplant highlights the need for early education about risk reduction and more research to determine optimal timing for screening, say an investigator and two dermatologists with expertise in transplant-related skin issues.

The increased incidence of KC in pediatric transplant recipients is “really high, so we definitely know there’s risk there,” just as there is for adult recipients of solid-organ transplants, said Cathryn Sibbald, MD, MSc, a dermatologist at the Hospital for Sick Children in Toronto and coauthor of a research letter published in June in JAMA Dermatology.

For their study, Sibbald and her coinvestigators turned to the Ontario Health Insurance plan database, which covers health care for Canadian citizens and qualified residents in the province. They identified 951 patients younger than the age of 18 who received a solid-organ transplant between 1991 and 2004 at an Ontario hospital.

They then used a validated health insurance claims–based algorithm to identify diagnoses of KC for the transplant recipients and for more than 5 million age-matched controls. KC, including squamous and basal cell carcinoma, is the most prevalent skin cancer for people who have had a solid-organ transplant.

In commenting on the study, Sarah Arron, MD, PhD, a San Francisco Bay area dermatologist and immediate past president of the International Immunosuppression and Transplant Skin Cancer Collaborative (www.itscc.org), said she feels “reassured” that young transplant patients tend not to develop the skin cancer until young adulthood.

A “large study like this is important because the overall rate of KC is low in this age group,” she noted.

The findings “suggest that we can focus our efforts on prevention during childhood, with sun protection and skin cancer education,” she said. “Then, as these children move into adulthood, we can begin screening with skin examinations. Of course, [any child] with a skin lesion or mole that concerns their parents or transplant team should be referred to dermatology for evaluation.”

Pediatric transplant recipients and their parents are most interested in learning about skin cancer prevention either before or immediately after transplantation, according to a survey by other researchers.

The increased risk of KC probably stems largely from immunosuppression, said Sibbald in an interview. “We know [this is the case] in the older population, and it’s likely true in the younger population as well that it’s one of the primary drivers,” she said.

More research to extensively analyze risk factors should come next, she said. This includes “the granularity of what [immunosuppressants and other] medications are received, and at what dose and for what periods of time, so we can calculate cumulative exposure and its relation to risk,” she said.

The optimal time and intensity of screening for young transplant recipients must still be determined, both Bibee and Arron said. Patients deemed through further research to be at higher risk may need earlier and/or more intensive surveillance.

The role of race in skin cancer risk in this population is “one question the study leaves open,” said Arron. U.S. studies have shown that among adult transplant recipients White patients are “at highest risk for the ultraviolet-associated melanoma and squamous cell carcinoma, followed by Asian and Latino patients. African Americans have had the lowest risk, but some still developed skin cancer after transplant,” she said.

Prior studies of cancer in pediatric transplant recipients have reported primarily on internal malignant neoplasms, with limited data on KC, Sibbald and coauthors wrote. It is possible the incidence of KS is underestimated in the new study because of “undiagnosed or unreported KCs,” they noted.

The new study was funded by a grant from the Pediatric Dermatology Research Alliance and a Hospital for Sick Children grant. In disclosures, Sibbald reported to JAMA Dermatology receiving grants from the alliance and from Paediatric Consultants Partnership during the conduct of the study. Arron and Bibee both said they have no disclosures relevant to the study and its content.