Post-Mohs Bleeding Risk in Patients on Ibrutinib for CLL Studied 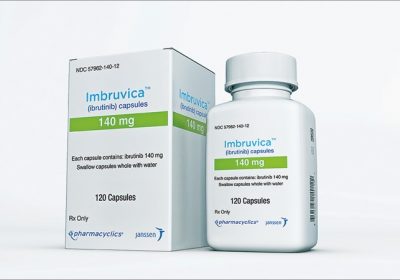 “It was definitely surprising to see this doubled risk with ibrutinib relative to anticoagulants, and certainly highlights the clinically relevant increased bleeding risk in patients on ibrutinib,” said Hirotsu, a Mohs micrographic surgery fellow in the Department of Dermatology, University of California San Diego (UCSD).

With CLL associated with an increased risk for aggressive skin cancers, particularly squamous cell carcinoma, Mohs surgeons may commonly find themselves treating patients with these unique considerations. Surgical treatment of those cancers can be complicated not only because of potential underlying thrombocytopenia, which occurs in about 5% of untreated CLL patients, but also because of the increased risk for bleeding that is associated with the use of the Bruton tyrosine kinase inhibitor ibrutinib, commonly used for CLL.

While the nature of the increased bleeding-related complications among patients with CLL undergoing Mohs surgery has been documented in some case reports, evidence from larger studies has been lacking.

In one of the studies presented at the ACMS meeting, Hirotsu and her colleagues evaluated data on patients with CLL who underwent at least one Mohs surgery procedure at UCSD Dermatologic Surgery over 10 years. Of the 362 Mohs cases among 98 patients with CLL, 32 cases had at least one complication. Patients on anticoagulants, including antiplatelet agents, Coumadin, and direct oral anticoagulants (DOACs), not surprisingly, had higher rates of complications, particularly bleeding.

The incidence of bleeding-related complications among the cases in the ibrutinib-treated patients was 30.2% compared with 13.2% among those on blood thinners and no CLL therapy (relative risk [RR], 2.08; 95% confidence interval [CI], 0.85 – 5.11; P = .11). “Although not statistically significant, these results could trend towards significance with larger sample sizes,” Hirotsu said.

“It was interesting that thrombocytopenia is more common in ibrutinib patients with bleeding-related complications, but further research needs to be done to determine the clinical relevance and possible management implications,” Hirotsu said.

In a separate study presented at the meeting, 37 patients treated with ibrutinib for CLL while undergoing cutaneous surgery that included Mohs surgery and excisions had a significantly increased bleeding complication rate compared with a control group of 64 age- and sex-matched patients with CLL undergoing cutaneous surgery: 6 of 75 procedures (8%) versus 1 of 115 procedures (0.9%; P = .02).

There were no significant differences between the case and control groups in terms of anatomic site, type of procedure (Mohs versus excision), tumor diagnosis, lesion size, or type of reconstruction, while the control group was more likely to be on aspirin or other anticoagulants (P < .0001).

Senior author Nahid Y. Vidal, MD, a Mohs surgeon and dermatologic oncologist at the Mayo Clinic, Rochester, Minnesota, told Medscape Medical News that “the take-home message is that patients on ibrutinib should be considered higher risk for bleeding events, regardless of whether they are having a simpler surgery [excision] or more involved skin surgery procedure [Mohs with flap].”

To offset the bleeding risk, Vidal notes that holding the treatment is considered safe and that the manufacturer recommends holding ibrutinib for at least 3 to 7 days pre- and postsurgery, “depending on type of surgery and risk of bleeding.”

“In our institution, with the hematologist/oncologist’s input, we hold ibrutinib for 5 days pre-op and 3 days post-op, and have not had bleed complications in these patients,” she said, noting that there were no bleeding events in the patients in the study when ibrutinib was held.

Likewise, Hirotsu noted that at her center at UCSD, patients on ibrutinib are asked during the preop call to hold treatment for 3 days before and after Mohs surgery — but are advised to discuss the decision with their hematologist/oncologist for approval.

The measure isn’t always successful in preventing bleeding, however, as seen in a case study describing two patients who experienced bleeding complications following Mohs surgery despite being taken off ibrutinib 3 days prior to the procedure.

The senior author of that study, Kira Minkis, MD, PhD, Department of Dermatology, Weill Cornell/New York Presbyterian, New York City, told Medscape Medical News that her team concluded that in those cases ibrutinib perhaps should have been held longer than 3 days.

“In some cases, especially if the Mohs surgery is a large procedure with a more advanced reconstruction, such as a large flap, it might be more prudent to continue it longer than 3 days,” Minkis said. She noted that the high bleeding risk observed in the studies at ACMS was notable — but not unexpected.

“I’m not that surprised because if you look at the hematologic literature, the risk is indeed pretty significant, so it makes sense that it would also occur with Mohs surgeries,” she said.

She underscored that a 3-day hold of ibrutinib should be considered the minimum, “and in some cases, it should be held up to 7 days prior to surgery, depending on the specific surgery,” with the important caveat of consulting with the patient’s hematology team.

“Multidisciplinary decision-making is necessary for these cases, and the interruption of therapy should always be discussed with their hematology team,” she added. That said, Minkis noted that “I’ve never had a hematologist who had any concerns for withholding ibrutinib even for a week around the time of a surgery.”