Home » Health News » ‘People don’t know they have it’: the curious case of placenta cancer

‘People don’t know they have it’: the curious case of placenta cancer 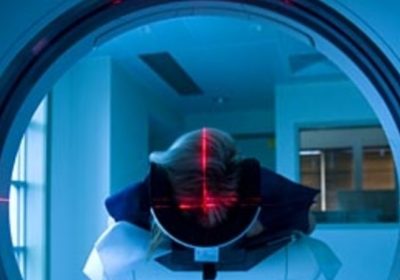 Michelle* and her husband had been trying to have a baby for several years, but after several miscarriages, she suspected something was wrong.

Doctors just put it down to bad luck, encouraging the couple to try again. But, last year, one doctor did a biopsy and found a form of cancer Michelle had never heard of: placenta cancer.

A week after the tumour was discovered, the 40-year-old had a hysterectomy. 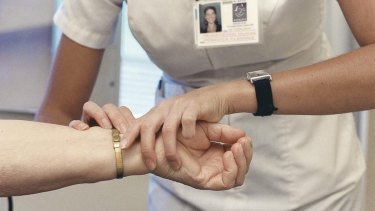 Placental cancer, which is rare, is difficult to diagnose because it has similar symptoms to pregnancy. Credit:Mario Borg

Michelle was devastated by the prognosis as she “desperately wanted a child”. But there were “no other options if [she] wanted to survive”, she says.

A year on, Michelle has “up and down” days. She’s worried the cancer might return, but also says she’s “one of the lucky ones”. If it hadn’t been for the doctor doing the biopsy in a specific area, the cancer might have gone unnoticed, spreading through her body.

Gynaecological cancers, including placenta and ovarian cancer, are the third most commonly diagnosed cancer in Australian women.

Data from the Australian Institute of Health and Welfare shows 276 women were diagnosed with female genital organs and placenta cancer in 2015. In the same year, 35 women died.

Placenta cancer develops in the trophoblastic cells, which nourish the embryo during roughly the first week of pregnancy before developing into a large section of the placenta.

It is different from, although can follow, a molar pregnancy. This is where premalignant hydatidiform moles grow in the placenta from a non-viable fertilised egg.

These moles bring about false pregnancy symptoms and are generally found in women on either end of the reproductive spectrum, such as those younger than 15 years old or older than 45 years old, says Shannon Philp, nurse practitioner at the Chris O'Brien Lifehouse Gynaecological Oncology Group.

Diagnosing placenta cancer is difficult as it can have very similar symptoms to pregnancy, including swelling of the abdomen and anemia, says Ms Philp.

While the cancer can be genetic, it’s not completely known what causes it. Placenta cancer cases are relatively low in number, and often curable, but can cause financial and emotional hardship on women and their partners.

“People don’t know they have it,” Ms Philp says. “It’s one of those unfortunate and random things.”

Cancer Council chief executive Sanchia Aranda says there are a higher proportion of people who die of rare cancer than common cancers. However, rare and less common cancers make up about 40 per cent of total cancer diagnoses.

She says there is a need for international collaboration to help “move knowledge forward faster”.