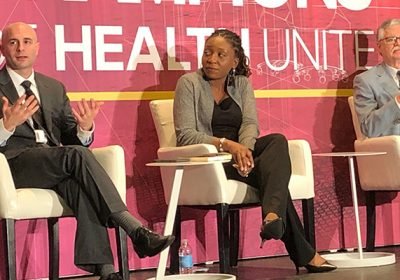 The Office of the National Coordinator for Health Information Technology has created four task forces to analyze and make recommendations on its 724-page information-blocking proposal, according to a report in Politico.

The task forces will cover information-blocking, certification requirements, standards for voluntary pediatric health IT certification and will review the new U.S. Core Data for Interoperability proposal, the report said.

The new rule emphasizes patients’ control of their electronic health records. If a patient requests his or her record, and it’s not given to them electronically and for free, that’s information blocking.

Despite the rule’s length and complexity, ONC is not giving in to public pressure to extend the comment period on the rule.

Speaking at a Feb. 20 meeting of the Health Information Technology Advisory Committee, Elise Sweeney Anthony, director of the ONC Office of Policy, said ONC will not be extending the comment period on the proposal, because the agency thinks it is important to move as quickly as possible on the final rule, Politico reported.

Under the proposed rule, the Centers for Medicare and Medicaid Services would also require that healthcare providers and plans implement open data sharing technologies to support transitions of care as patients move between plan types.

The proposal also calls on the healthcare industry to adopt standardized APIs, which will help individuals securely and easily access structured and unstructured electronic health information formats using smartphones and other mobile devices.

“We know that information blocking is often a misalignment of incentives, so it actually does allow us to consider things like cost and difficulty and burden,” Dr. John Halamka, CIO of Beth Israel Deaconess Medical Center told us Feb. 11, upon his initial review of the proposed rule. “In effect, what it does is to remove arbitrary blocking and gives us a guideline (to move forward). And that’s really a great approach.”