Home » Health News » On Valentine's Day, why dark chocolate is better for your health

On Valentine's Day, why dark chocolate is better for your health 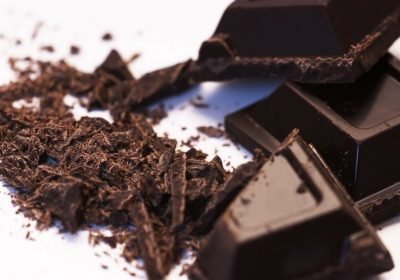 Valentine’s Day may be about romance, but there’s little Americans love more than chocolate. People in the United States consume 2.8 billion pounds of chocolate each year — over 11 pounds per person — but not all chocolate is created equally.

The typical candy bars and boxed chocolates that you might be giving your significant other on Valentine’s Day may taste good, but they also have a lot of ingredients added to them that make them less healthy treats when compared to chocolate in a more pure form: dark chocolate.

“Cocoa by itself may provide some health benefits,” said registered dietitian Lona Sandon, Ph.D., RDN, of UT Southwestern Medical Center, in a statement. “It’s what is added to it that’s not so good for us.”

“Dark cocoa and baking cocoa contain a higher percentage of cocoa solids and less or no added sugar,” she added.

Dark chocolate has more nutritional value than other chocolates.

There are also antioxidants in dark chocolate.

The cocoa base of chocolate is a great source of antioxidants, specifically a type called flavonoids.

Antioxidants are man-made or naturally occurring substances that may prevent or delay some types of cell damage, according to the National Center for Complementary and Integrative Health. Studies suggest they are critical in balancing the body’s physiology, and that without them, the cell damage might trigger certain diseases. Studies have also found that the antioxidants in dark chocolate could potentially protect cardiovascular health by lowering blood pressure, cholesterol and overall inflammation. They might also reduce the risk of cancer and improve brain function.

If you want chocolate, go for it. Just don’t overindulge.

There’s nothing wrong with indulging in some chocolates on Valentine’s Day — just be sure to temper it, Sandon said. Just keep in mind that even though antioxidants might benefit the cardiovascular system, there is no official recommendation for a “heart healthy” serving of dark chocolate. Still, you can maximize your potential benefits by looking for dark chocolate that’s at least 65 percent cacao and enjoy in moderation.

Theresa Scott, DO, MS, is a pediatric resident and member of the ABC News Medical Unit.