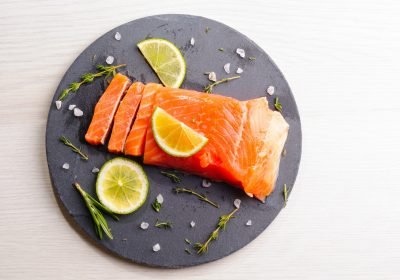 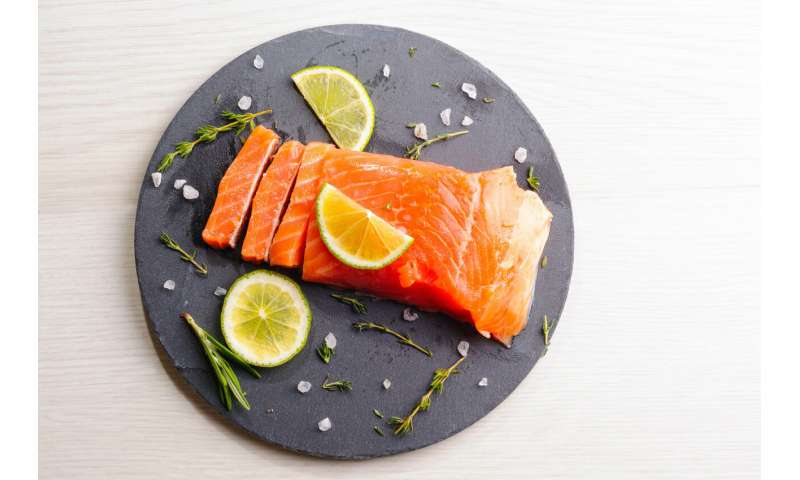 A six-month study of children from Baltimore City by Johns Hopkins Medicine researchers has added to evidence that having more omega-3 fatty acids in the diet results in fewer asthma symptoms triggered by indoor air pollution. The same study suggests that higher amounts of dietary omega-6 fatty acids may have the opposite effect, and be associated with more severe asthma.

The researchers say results of the study, published online March 29th in American Journal of Respiratory and Critical Care Medicine, suggest that families and health care providers may be able to protect children from harmful effects of indoor air pollution by having them eat more foods rich in omega-3 fatty acids, such as salmon, and reducing foods rich in omega-6 fatty acids, such as soybean oil and corn oil in their diet. Ultimately, policy changes in school lunches could play a role in providing these nutrients in diets.

“Our group is working on ways to reduce the levels of indoor air pollution in Baltimore City homes,” said Emily Brigham, M.D., M.H.S, lead study author and assistant professor of medicine at the Johns Hopkins University School of Medicine. “Results are promising, but we don’t want to stop there.”

Brigham notes there is mounting evidence that diet, particularly omega-3 and omega-6 fatty acid levels, may play a role in lung health by changing how the body responds to and processes inflammation. Omega-3 fatty acids, which are found abundantly in fish and certain nuts and seeds, are considered healthy in part because they reduce inflammation. Omega-6 fatty acids, primarily found in vegetable oils (including corn, soybean, safflower and sunflower), have been shown in other studies to have mixed effects on health, but have the potential to promote inflammation. Because children with asthma are already prone to inflammation and respiratory symptoms, the researchers hypothesized that omega-3 and omega-6 intake might be related to asthma severity, and how children responded to the air pollution in their homes.

The new study included 135 children with asthma, ages 5 to 12. Ninety-six percent of the children were African-American, and 47 percent were girls. Roughly a third of the children had mild, a third moderate, and a third severe asthma. The researchers defined asthma severity based on National Asthma Education and Prevention Program guidelines, which take into account symptoms, inhaler use and how well the lungs can forcefully breathe out. Generally, the more symptoms, the more medication use, and worse lung function, the more severe their asthma is considered. Diet, asthma symptoms (recorded daily) and inhaler use (also recorded daily) were reported by the participants and caregivers in surveys for one week each at enrollment, and again at three and six months. Researchers also collected blood samples to assess for changes in markers of inflammation each time participants filled out the surveys.

During each of the assessment weeks, the equipment in the participants’ homes measured two size ranges of air pollution: particles with diameters of 10 micrometers and smaller (one-sixth the width of a human hair or less) and particles with diameters of 2.5 micrometers and smaller. When inhaled, the larger particles typically deposit along the airways, whereas the smaller particles can penetrate farther into the lungs, reaching the tiny air sacs. Both size ranges, though invisible to the naked eye, have been linked to asthma symptoms in children and adults. The average concentration for the smaller particles in children’s homes was 26.8 micrograms per cubic meter (annual EPA standard for outdoor air is 12 micrograms per cubic meter), and the average concentration for the range including larger ones was 39 micrograms per cubic meter.

The study found that for each additional gram of omega-6 intake, children had 29 percent higher odds of being in a more severe asthma category. Each additional gram of omega-6 in the diet was associated with a 2 percent increase in the odds of daytime symptoms in response to increased pollution levels of small particles by 10 micrograms per cubic meter (essentially, children who ate more omega-6 were more likely to have symptoms even at the same level of pollution exposure). The results were similar for larger particle pollution, and for the outcomes of nighttime symptoms and inhaler use. More omega-6 in the diet was also associated with higher percentages of a type of white blood cell linked with inflammation, neutrophils, in response to pollution.

Conversely, with each 0.1-gram increase in levels of omega-3 fatty acids in the diet reported on the survey, researchers saw 3 to 4 percent lower odds of daytime asthma symptoms in response to increases in both size ranges of air pollution by 10 micrograms per cubic meter (essentially, children who ate more omega-3 were less likely to have symptoms even at the same level of air pollution exposure).

The researchers say that many children in the U.S., including those in Baltimore City, where they conducted the research, consume a diet that deviates sharply from national guidelines. The diet consists of low amounts of omega-3-rich foods, and higher amounts of omega-6-rich foods, consistent with a typical American diet. The researchers recognize and acknowledge that many places where low-income people live are food deserts that lack access to healthy options, and that foods rich in omega-3s may be more expensive. If diet proves to directly impact asthma health, eliminating these barriers will be a key step in reducing health inequalities and in combating asthma disparities in Baltimore City and elsewhere. Brigham says, “Among populations known to be disproportionately affected by asthma, we may find that improving diet and air pollution together has the greatest impact on health.”

Because the study used a questionnaire to assess diet, completed by children and caregivers, the researchers acknowledge that errors in reporting are possible, one of the major limitations in dietary studies. However, the researchers used a questionnaire designed for residents of Baltimore City, with the hope of capturing relevant and common local foods and limiting this issue.