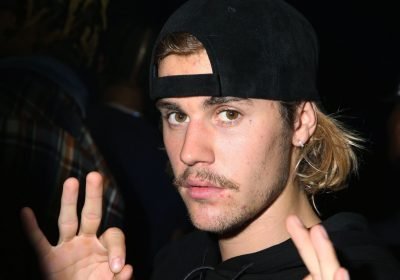 Justin Bieber has been fairly open about his struggles with depression, drugs and mental health. In 2017, he canceled his “Purpose” world tour to focus on his well-being and self-care. And it seems Bieber has hit another rough patch: on Feb. 12, a source close to the singer told People Bieber is seeking help for depression.

This is, of course, great news: not the depression part, but that Bieber knew he needed assistance and asked for it. But it was the second part of the sources statement which struck this author most. According to the source, Bieber’s decision has “nothing to do” with his wife.

“It has nothing to do with Hailey [Baldwin],” the source said. “He is very happy being married to her. It’s just something else that he struggles with mentally.”

You see, anyone who has ever struggled with mental health concerns already knows this. Mental illnesses are just that: an illness. You cannot love, pray or wish them away. Instead, they need to be treated like any other disease, with medication and/or the intervention of a trained professional. And yet it seems there is still a great deal of confusion surrounding the matter.

We see mental illness as a weakness. The person suffering must be empty, unhappy, impoverished and/or unloved. But depression knows no bounds. It affects people from every background, race, religion, class and ethnicity.

The good news is that, according to the source, Bieber has a lot of “help around him.” The singer is in counseling and “seems confident he will feel better soon.” However, a second source told People Bieber “struggles a lot with the idea of fame.”

“He started off as a typical sweet, Canadian teen. He was such a great kid, honestly super sweet and very polite and nice… [but] having this huge amount of fame completely changed him,” the source said. “Being followed, having his every move stalked by fans, cameras in his face. It all sets him off and he often feels like everyone is out to get him.”

The insider also revealed Bieber feels a lot of pressure to succeed from his parents, Jeremy Bieber and Pattie Mallette. “His parents wanted this for him probably even more than he did.” However, regardless of the hows or whys, we are thrilled Bieber is getting the help he needs because everyone deserves to be comfortable, happy and at peace.

If you or someone you know is having suicidal thoughts, please call the National Suicide Prevention Lifeline at 1-800-273-8255, visit SuicidePreventionLifeline.org or text “START” to 741-741 to immediately speak to a trained counselor at Crisis Text Line.