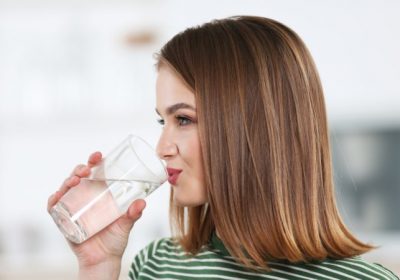 We all know what sobriety used to be: sober, in all meanings of the word.

It was a soda with lime instead of Bordeaux; a trip to the gym Friday evenings while everyone else hit happy hour. For those with a serious alcohol problem, it was a worthy decision, maybe even a lifesaving one. It could even be fun, when it wasn't all amends and affirmations. But it had an air of privacy and quiet. 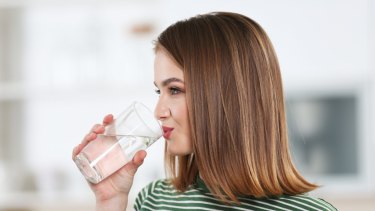 The new sobriety is about performance.Credit:Shutterstock

Well, my friend, this has changed. It seems not even sobriety will be saved from enjoying a made-for-Instagram moment, with new hashtaggable terms like "mindful drinking" and "sober curious." No longer do you have to feel left out or uncool for being sober. You maybe don't even have to completely stop drinking alcoholic beverages?

This is according to a new generation of kinda-sorta temporary temperance crusaders, whose attitudes toward the hooch is somewhere between Carrie Nation's and Carrie Bradshaw's. To them, sobriety is something less (and more) than a practice relevant only to clinically determined alcohol abusers. Now it can also just be something cool and healthful to try, like going vegan or taking an Iyengar yoga class.

Anonymous? Hardly. No longer is the topic of sobriety confined to discreet meetings in church halls over plastic foam cups of lukewarm Maxwell House. For these New Abstainers, sobriety is a thing to be, yes, toasted over $15 artisanal mocktails at alcohol-free nights at chic bars around the country, or at "sober-curious" yoga retreats, or early-morning dance parties for those with no need to sleep off the previous night's bender.

For these New Abstainers, sobriety is a thing to be, yes, toasted over $15 artisanal mocktails at alcohol-free nights at chic bars.

Many will tell you they never had a drinking problem. They just had a problem with drinking.

The simple act of waving off wine at a dinner party used to be interpreted as a tacit signal that you were in recovery, "on the wagon," unless you were visibly pregnant or had known religious objections.

That was fine if you identified as an alcoholic. But what about people like Ruby Warrington, 43, a British style journalist in New York who spent her early career quaffing gratis cocktails at industry events, only to regret the groggy mornings, stumbles and embarrassing texts that have long been considered part of the bargain with so-called normal drinking?

After moving to New York in 2012, Warrington tried 12-step programs briefly but decided that "Ruby, alcoholic" was not the person she saw in the mirror. Three years ago she started Club Soda NYC, an event series for other "sober curious," as she termed them: young professionals who were "kind-of-just-a-little-bit-addicted-to-booze."

These gatherings featured panels on topics like "Sex, Lies, and Alcohol" as well as New Age icebreaker activities like "deep-eye gazing" and Kundalini disco.

"It just felt to me like there was a huge gray area and a much wider acknowledgment now of the different categories of problem drinking," Warrington said.

She wrote a book called Sober Curious that was published in 2018, started a podcast and has staged subsequent Sober Curious events for what she calls the "Soho House crowd" at places like the Kripalu wellness retreat in Massachusetts, where participants also engage in heart-baring, 12-step-style testimonials.

Their fellow travelers band together at early-morning sober Daybreaker raves, held in 25 cities around the country.

Then there are the more than 18,000 Facebook followers of a nonprofit called Sober Movement, which promotes sobriety "as a lifestyle," who post smiling pictures of themselves cartwheeling in the surf or rocking ripped, beer-binge-free abs, appended with hashtags like #soberissexy, #partysober and #endthestigma.

Some not willing to eschew liquor completely are trying what Rosamund Dean, Warrington's compatriot, called "Mindful Drinking" in a 2017 book: a half-measure approach to sobriety where you drink less and perhaps think about it more.

"People invest so much of their identity in their lifestyle choices, and it's the same with drinking," Dean wrote in an email. "Everyone is either a wine-guzzling party animal or a clean-living health freak. Personally, I believe the middle ground is the healthiest place to be."

It started five years ago as a dare: go a month without drinking (a concept that has flourished in Britain and beyond, with Dry January). "As someone who doesn't really go on diets and cleanses, I didn't go into this challenge with the best attitude," said Lorelei Bandrovschi, 32, an erstwhile branding consultant in Brooklyn. "I was like, 'rules, no! Restrictions, no!'"

A half-decade later, that challenge has become a second career. Bandrovschi runs Listen Bar, an alcohol-free bar open one night a month downstairs at Von, a bar in Manhattan. It's not that she is sober, exactly. "I do drink, but I also mostly don't drink," she said.

Listen Bar promises a "rowdy" time, hard to imagine via an alcohol-free cocktail called a Ghost Me Maybe, consisting of grapefruit, rosemary and Thomas Henry slim tonic. Where is the buzz, to use that 1990s, Tina Brown, Manhattan-a-go-go word?

People invest so much of their identity in their lifestyle choices, and it's the same with drinking.

On a recent night, the crowd skewed young and female, and the general vibe recalled an office holiday party, minus any leers from sloppy Sam in accounting.

And while we're talking about today's options. …

It starts with a tingle of citrus, with notes of hibiscus and orange peel, then swells with a hint of syrupy bitterness, which, along with its blood-red color, calls to mind a negroni.

In place of the familiar ethanol kick, though, High Rhode, the creation of a New York distiller called Kin, delivers licorice, gentian root and caffeine, along with Goop-ish additions like "nootropics" and "adaptogens" and a priceless mixture of sensuality and virtue.

She calls her spirits "euphorics," and, in a sense, High Rhode is to liquor what CBD is to marijuana.

"We weren't interested in making another bubbly water or a flavored 'mockery,' just as we weren't interested in drinking them at our favorite bars," said Jen Batchelor, 34, founder of Kin, issuing a subtle dig at the reviled term "mocktail.""We wanted to feel more, not less — to wake up fresh and ready to take on the day, in full consciousness, clarity, peace of mind."

She calls her spirits "euphorics," and, in a sense, High Rhode is to liquor what CBD is to marijuana: a buzz-free buzz, vaguely akin to a CBD "body high." (Imagine dropping an Advil with a mug of green tea in a warm bath.)

Batchelor enjoys wine with a meal maybe once a month. "I'm pretty resolute in my decision to consume with intention or not at all," she said. But she is well cast to sell the idea of sobriety chic. An Ayurvedic herbologist and entrepreneur, Batchelor grew up in Saudi Arabia, where her father was a bootlegger who made his own sidiki (basically Gulf-style bathtub gin).

These creators want to shatter the perception that alcohol-free booze alternatives are, by definition, "penalty-box in nature," said Bill Shufelt, a founder of Athletic Brewing, in Stratford, Connecticut.

Started last year with a mission to create a nonalcoholic beer that would pass muster with actual beer snobs, Athletic features a head brewer and co-founder, John Walker, who won awards during his time with Second Street Brewing, a highly regarded craft-beer brand in Santa Fe, New Mexico.

Shufelt said that three-quarters of Athletic's customers are not sober but rather belong to "a demographic we theorized was latent": light drinkers like athletes and harried parents who cannot spare the energy for hangovers.

With beer sales sliding for five straight years, according to the Beverage Information Group, global beer brands are exploring alcohol-free as a potential growth area. This past winter Heineken unveiled 0.0, with a Now You Can advertising campaign showing responsible adults enjoying its no-buzz brews in work meetings or even while sitting behind the wheel.

Gin Is a Gendered Issue

At a politically fraught time, clarity of the mind is a potent weapon, and the #MeToo movement has also helped give abstinence from alcohol an extra kick.

We've come a long way from the early 2000s, when bawdy women of "Sex and the City" swilled rose-colored cosmopolitans as a symbol of female emancipation — at last, the girls could party just as hard as the boys.

But these days, many women are citing sobriety as a pillar of their feminism.

"The longer I am sober, the less patience I have with being a 24-hour woman — the stranger who tells me to smile. The janitor who stares at my legs. The men on TV who want to annex my uterus," author Kristi Coulter wrote in a 2016 essay published on Medium.

"I start to get angry at women, too," she added. "Not for being born wrong, or for failing to dismantle a thousand years of patriarchy on my personal timetable. But for being so easily mollified by a bottle. For thinking that the right to get as trashed as a man means anything but the right to be as useless."

According to a federally sponsored 2017 study on alcohol use in the United States published by JAMA Psychiatry, high-risk drinking for women — defined as consuming four or more drinks in a day on a weekly basis — went from 5.7% to 9%, a rise of nearly 58%. For men, high-risk drinking went from 14.2% to 16.4%, a rise of 15.5%. (The study also observed a "generally much greater" increase in drinking among minorities and poor people, perhaps because of what they described as "increased stress and demoralization.")

The #MeToo movement has created an opening for women to speak the truth, I see more being vocal about alcohol and substance-use issues.

Beyond the health risks, the booze that flows freely at fraternity parties or holiday mixers has started to look to some women like a tool of oppression in the age of radical consent. ("Can drunk sex ever be consensual?" a recent CBS News article asked.)

Students of history will note that women, like Carrie Nation, who famously smashed up taverns with a hatchet, led the temperance movement of the 19th century, which eventually set the stage for Prohibition in the 1920s.

"Historically, women have been taught they can't express anger; we've been taught to internalize anger, pain, shame, because anger in a women has equated to crazy, has equated to being unlikable and undesirable," said Erin Khar, whose sobriety memoir involving heroin, "Strung Out: One Last Hit and Other Lies That Nearly Killed Me," will be published next year.

Khar, whose has written about her mother's habitual drinking, has taken issue with the #MommyJuice memes that have proliferated on social media with harried women juggling the pressure of careers and family looking for salvation in goblets of chardonnay.

To her, there is nothing funny about the idea that booze is somehow necessary to get through life, or one's due. "What the #MeToo movement has done is created an opening for women to speak the truth — whatever that truth is," she said. "And I see more women being vocal about alcohol and substance-use issues."