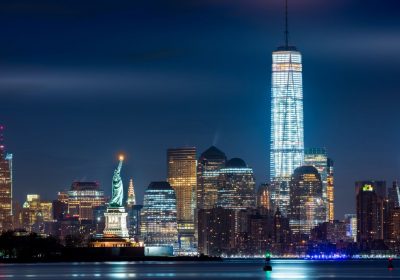 The state is reporting 421 total positive cases of COVID-19, with 154 of those in New York City.

New York state has banned gatherings of more than 500 people and has ordered smaller spaces like bars and restaurants to slash their occupancy in half. That edict has come in the wake of a growing case count in the state, with 325 confirmed COVID-19 cases, with 95 of those in New York City. Subways had emptied and bikers are flooding the streets of the city, according to The New York Times. Most city public schools remained open, though hundreds of private schools and daycares have closed.

Despite the growing number of cases and the fact that school districts across the country are being closed, New York City Mayor Bill de Blasio is holding firm in keeping public schools open. According to The New York Times, de Blasio said on Thursday (March 12): “We are going to fight tooth and nail to protect our school system … we are going to do our damnedest to keep the schools open.”

—Coronavirus in the US: Map & cases
—What are the symptoms?
—How deadly is the new coronavirus?
—How long does virus last on surfaces?
—Is there a cure for COVID-19?
—How does it compare with seasonal flu?
—How does the coronavirus spread?
—Can people spread the coronavirus after they recover?

The first Manhattan case involves a woman who had recently traveled to Iran and is now isolated in her home as of March 1. The second case in the state was reported on March 3 in a man who lives in New Rochelle, New York, in Westchester County and works in Manhattan. On Wednesday (March 4), Gov. Cuomo confirmed there were nine additional cases of people connected to the man, including his 20-year-old son, 14-year-old daughter and a neighbor who drove the man to the hospital, the Times reported. In addition, a friend of the infected man, along with the friend’s wife and three of their kids, according to the Times.

After a huge cluster of cases emerged in New Rochelle, Cuomo announced a 1-mile-radius (1.6 kilometers) “containment zone” in the area. The National Guard has entered the area, schools and pubic buildings in that zone are being closed, but roadways are open, The New York Times reported.

OFFER: Save at least 53% with our latest magazine deal!

With impressive cutaway illustrations that show how things function, and mindblowing photography of the world’s most inspiring spectacles, How It Works represents the pinnacle of engaging, factual fun for a mainstream audience keen to keep up with the latest tech and the most impressive phenomena on the planet and beyond. Written and presented in a style that makes even the most complex subjects interesting and easy to understand, How It Works is enjoyed by readers of all ages.
View Deal