New targets for antibodies in the fight against SARS-CoV-2 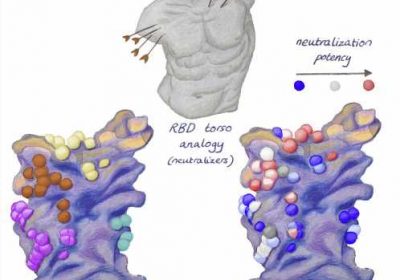 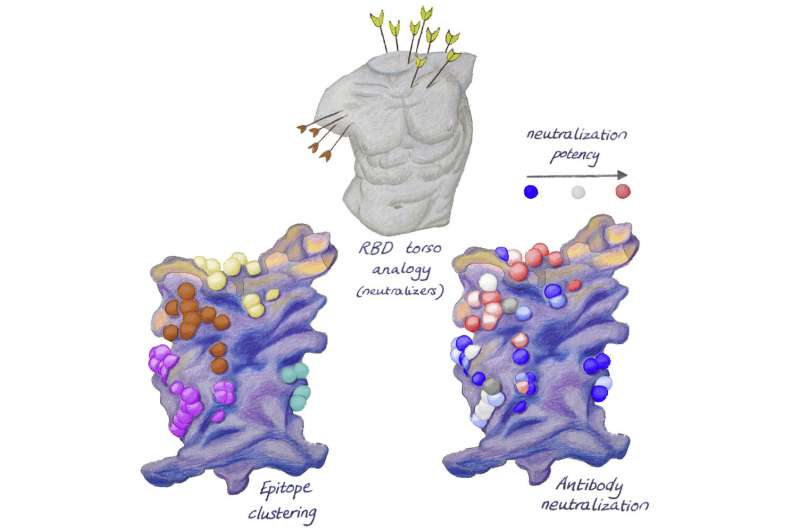 The research article in the journal Cell is one of the most comprehensive studies of its kind so far. It is available online now, and will be published in print on 15 April. These new results now show that there are many different opportunities to attack the virus using different antibodies over a much larger area than initially thought/mapped.

Professor Sir Dave Stuart, Life Sciences Director at Diamond and Joint head of Structural Biology at the University of Oxford, said: “SARS CoV-2 is the virus that causes COVID-19. Once infected with this virus, the human immune system begins to fight the virus by producing antibodies. The main target for these antibodies is the spike protein that protrudes from the virus’ spherical surface. The spike is the portion of the virus that interacts with receptors on human cells. This means that if it becomes obstructed by antibodies, then it is less likely that the virus can interact with human cells and cause infection.”

He adds: “By using Diamond Light Source, applying X-ray crystallography and cryo-EM, we were able to visualize and understand how antibodies interact with and neutralize the virus. The study narrowed down the 377 antibodies that recognize the spike to focus mainly on 80 of them that bound to the receptor binding domain of the virus, which is where the virus spike docks with human cells.”

By studying the interaction of the antibodies with the viral spike protein, the research team were able to build a comprehensive and detailed map of where each of them attaches to the receptor binding domain. This showed that the majority of potent neutralizing antibodies overlap the binding site for the receptor and revealed common modes of attachment for potent antibodies that are shared by many people. This helps us understand how to target the virus in the future.

Dr. Helen Ginn, Post-Doctoral Research Assistant at Diamond Light Source adds: “The receptor binding domain resembles a human torso. During this extensive study on 80 antibodies, we have discovered weak points at five different areas on the torso. The weak points can be found running between the left shoulder and neck, on the right shoulder, down the right flank and on the left flank.”

This study provides important information to the scientific community who are looking to increase the tools that we have available to fight the virus. What is more, the novel mapping method developed by the scientific team could be used to provide roadmaps for understanding weakness in other viral diseases.

The study found that, in animal models, the most neutralizing antibodies could not only be used ahead of infection to prevent disease, but also as a therapeutic treatment when an infection is already in progress. This could reduce the severity of the infection and decrease recovery times.