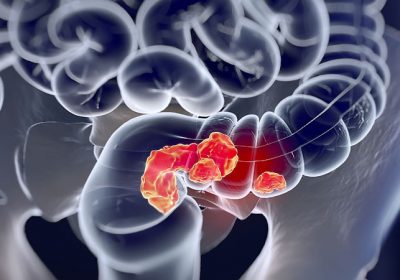 More results showing improved survival and reduced recurrence rates after neoadjuvant immunotherapy in patients with localized mismatch repair–deficient or microsatellite instability–high (dMMR/MSI-H) colorectal cancer lead the authors to suggest that this approach could be a new standard of care for this patient population.

The new results come from a retrospective review of 73 patients with confirmed dMMR/MSI-H colorectal cancer who received any type of programmed cell death-1 (PD-1) inhibitor prior to surgery.

The findings showed that 84.9% of patients achieved an objective response, with 23.3% showing complete response and 61.6% partial response. Median time to response was 9.6 weeks.

In addition, 2-year overall and disease-free survival rates were 100% for patients who underwent surgery after being treated with PD-1 inhibitors. Recurrence rates were also lower in this cohort, as compared with what has been seen historically.

The authors note that while longer follow-up is needed to validate the survival benefits, the use of neoadjuvant immunotherapy has promise as the new standard of care for locally advanced dMMR/MSI-H colorectal cancer.

“We need to keep in mind that our final goal is to cure patients long-term, not just remove the tumor at the moment,” said senior author Pei-Rong Ding, MD, Sun Yat-sen University Cancer Center, State Key Laboratory of Oncology in South China, Collaborative Innovation Center of Cancer Medicine, in a statement. “I think care providers, especially surgeons, should refrain from scheduling immediate surgery for patients with locally advanced, or even early-stage dMMR/MSI-H colorectal cancer.”

He added that neoadjuvant immunotherapy offers such a “powerful option [that] we have the duty to offer a safer surgery with better outcomes or a nonsurgical, yet equally effective, approach for this group of patients, especially for those who might suffer from function damage or organ sacrifice after surgery.”

The study was published in the January 2023 issue of JNCCN: Journal of the National Comprehensive Cancer Network.

“The treatment of mismatch repair–deficient locally-advanced colorectal cancer is a highly active area of research,” commented Dustin A. Deming, MD, University of Wisconsin Carbone Cancer Center, “This retrospective analysis highlights the potential for significant treatment responses with limited toxicities for these patients treated with immune checkpoint inhibitors.” Deming, who is also a member of the NCCN Guidelines Panel for Colon/Rectal/Anal Cancers, was not involved in this study.

“It will be exciting to see how these results, and other completed and on-going studies, will be utilized to incorporate anti-PD1 treatments into the standard-of-care for locally advanced colorectal cancers,” he said in a statement.

Several other studies have highlighted this treatment approach, and one recent trial reported “unprecedented” pathologic responses following a neoadjuvant 4-week course of ipilimumab (Yervoy) plus nivolumab (Opdivo) in patients with dMMR colorectal cancer. The results of the trial, which included 112 patients, showed that 95% achieved a major pathologic response (MPR) and 67% had a pathologic complete response (pCR) to immunotherapy. None of the patients had disease recurrence after a median follow-up of 13.1 months.

A smaller study, which included only 12 patients at the time of its publication, also reported an impressive response to treatment with the PD-1 inhibitor dostarlimab (Jemperli). All patients had a clinical complete response to treatment and continued to show no signs of cancer during follow-up ranging from 6-25 months. However, in this study, the patients were able to forgo subsequent surgery and/or radiation and chemotherapy, which are the standard treatment approaches.

This latest study, from Ding and colleagues, involved 73 patients aged 18-75 with confirmed dMMR/MSI-H colorectal cancer who received PD-1 inhibitors before surgery between October 2017 and December 2021. All patients were treated at a single cancer center.

Of this group, 48 patients were diagnosed with colon cancer, 18 with rectal cancer, and 7 with multiple types of the disease. Most patients had locally advanced disease, with 19 (26%) being cT4a and 29 (39.7%) being cT4b. More than three quarters (79.5%) received PD-1 inhibitor monotherapy and the remaining patients had received concurrent therapies, either with ipilimumab (4.1%) or cytotoxic chemotherapy (16.4%, two with concurrent radiation). A total of 24 patients (32.9%) had received prior chemotherapy before starting on the PD-1 inhibitor.

Following immunotherapy, 50 patients (of the 73 in the review) underwent surgery. This cohort included 40 patients who achieved a partial response, 9 with stable disease and 1 with progressive disease. The median time from neoadjuvant therapy to surgery was 4 months.

At a median follow-up of 17.2 months, 2 patients had died; one death was unrelated to colorectal cancer or treatment, and the other was the result of an unresectable tumor that had progressed.

Overall median disease-free survival and overall survival were not reached.

The authors acknowledge several limitations of their study, including the fact that, because of its retrospective nature, various treatment regimens were used. Also, although all patients received neoadjuvant PD-1 inhibitors, the drugs varied, and about 20% of patients also received concurrent therapy.

In addition, “although our study had a relatively long follow-up, it is still insufficient to establish the survival benefits of neoadjuvant immunotherapy,” and longer follow-up is needed, they comment.

Nevertheless, the researchers maintain that this study “demonstrates that neoadjuvant therapy with PD-1 blockade is highly effective for localized dMMR/MSI-H colorectal cancer, with an acceptable safety profile and low recurrence rate,” and this approach shows “great promise as a new standard of care.”

The study was supported by the Natural Science Foundation of China and the Chinese Society of Clinical Oncology. The authors report no relevant financial relationships.

Roxanne Nelson is a registered nurse and an award-winning medical writer who has written for many major news outlets and is a regular contributor to Medscape.