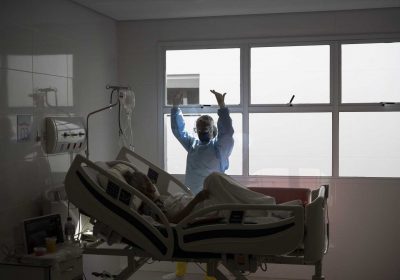 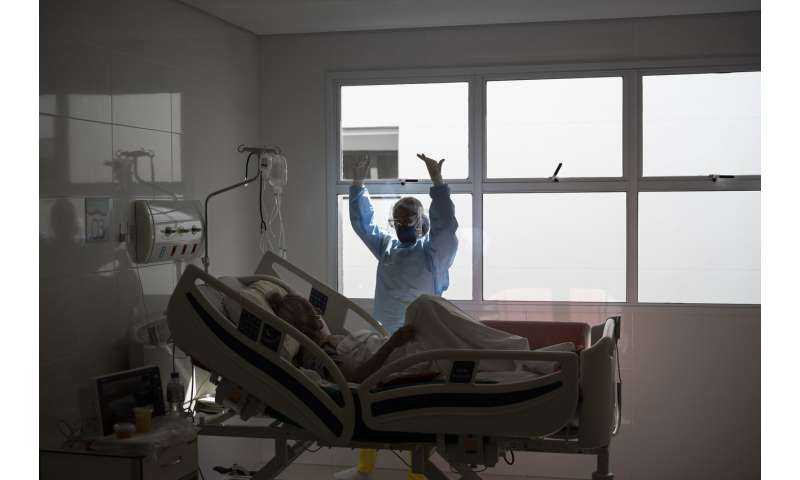 The coronavirus pandemic accelerated across Latin America on Friday, bringing a surge of new infections and deaths, even as curves flattened and reopening was underway in much of Europe, Asia and the United States.

The region’s two largest nations—Mexico and Brazil—reported record counts of new cases and deaths almost daily this week, fueling criticism of their presidents, who have slow-walked shutdowns in attempts to limit economic damage.

Brazil reported more than 20,000 deaths and 300,000 confirmed cases, making it the third worst-hit country in the world by official counts. Experts consider both numbers undercounts due to the widespread lack of testing.

The virus “does not forgive. It does not choose race or if you are rich or poor, black or white. It’s a cruel disease,” Bruno Almeida de Mello, a 24-year-old Uber driver, said at his 66-year-old grandmother’s burial in Rio de Janeiro.

Infections rose and intensive-care units were also swamped in Peru, Chile and Ecuador, countries lauded for imposing early and aggressive business shutdowns and quarantines. Many experts said the rising death toll across Latin America showed the limits of government action in a region where millions labor in informal jobs and many police forces are weak or corrupt and unable to enforce restrictions. 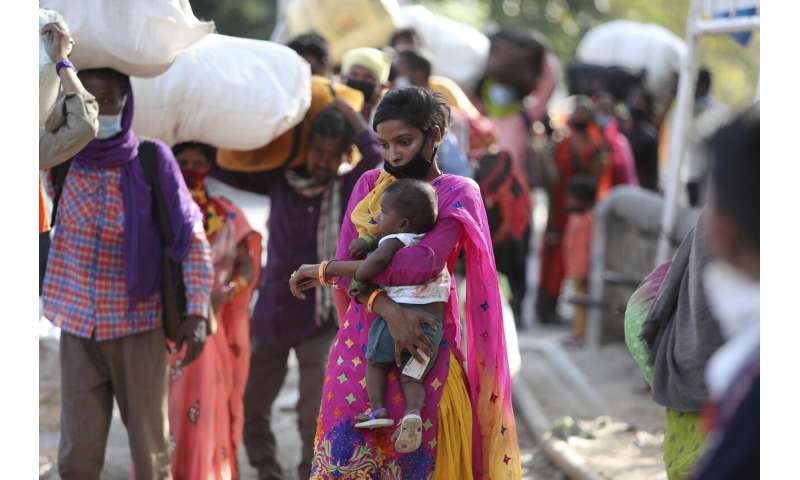 Many governments—even those where the virus is still on the rise—say they must shift their focus to saving jobs that are vanishing as quickly as the disease can spread. In the United States and China, the world’s two largest economies, unemployment is soaring.

The Federal Reserve chairman has estimated that as many as 1 in 4 Americans could be jobless, while in China analysts estimate around a third of the urban workforce is unemployed.

Meanwhile, the virus is roaring through countries ill-equipped to handle the pandemic, which many scientists fear will seed the embers of a second global wave of infections.

India saw its biggest single-day spike since the pandemic began, and Pakistan and Russia recorded their highest death tolls. Most new Indian cases are in Bihar, where thousands returned home from jobs in the cities. For over a month, some walked among crowds for hundreds of miles. 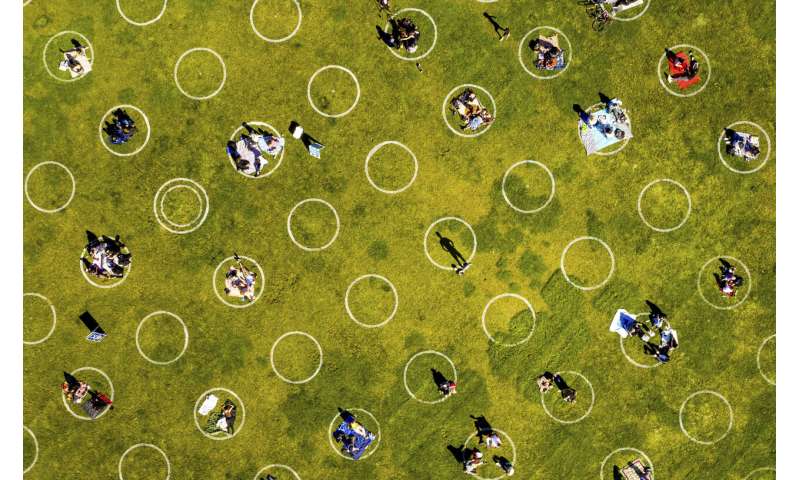 Back in Brazil, Vandelma Rosa had all the virus’ symptoms, but her death certificate reads “suspected of COVID-19,” according to her grandson, because her hospital lacked tests to confirm. That means her passing did not figure into the death toll, which marked its biggest single-day increase Thursday: 1,181.

President Jair Bolsonaro has scoffed at the seriousness of the virus and actively campaigned against state governors’ attempts to impose limits on citizens’ movements and commerce.

Bolsonaro fired his first health minister for siding against him in backing governors’ stay-at-home recommendations and restrictions on activity. His second minister resigned about a month later after openly disagreeing with Bolsonaro about chloroquine, the predecessor of the anti-malarial often touted by U.S. President Donald Trump as a viable coronavirus treatment. 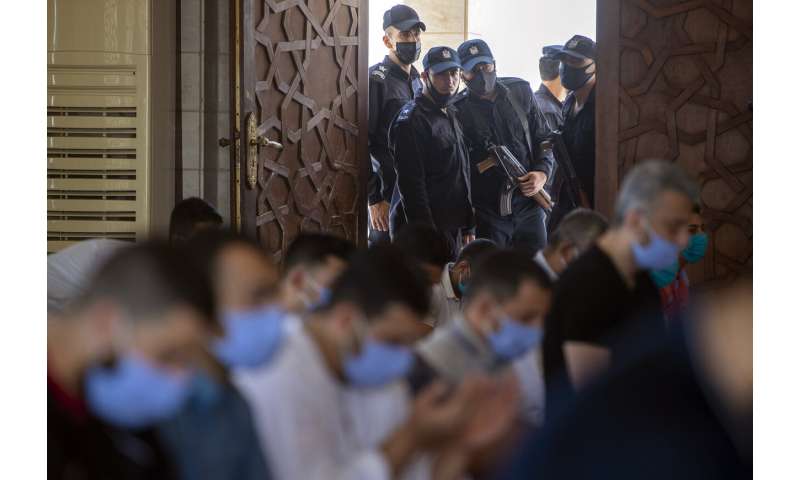 “In Rio de Janeiro, you see people going out normally, without a mask, in some neighborhoods. They aren’t believing in this disease. And it’s sad that in other countries people believe, but not here,” de Mello said. “You need to lose someone in your family to be able to believe.”

On Thursday, opposition lawmakers and other detractors protested in front of Congress in the capital, Brasilia. They called for Bolsonaro’s impeachment, alleging criminal mishandling of virus response. Two of them displayed a Brazilian flag, defaced with hundreds of tiny black crosses to represent the dead.

Mexican President Andrés Manuel López Obrador downplayed the threat the virus posed for weeks as he continued to travel the country after Mexico’s first confirmed case. He let his health advisers take the lead on the crisis, but continued insisting that Mexico was different, that its strong family bonds and work ethic would pull it through. 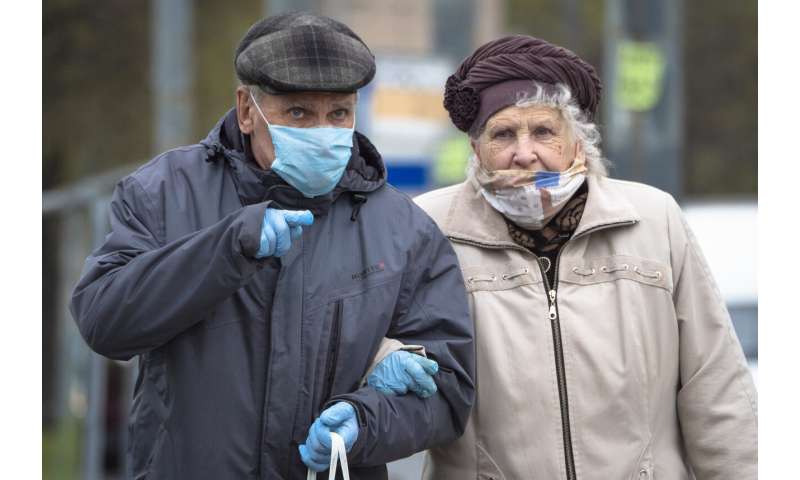 Mexico passed 6,000 confirmed deaths on Wednesday. The country has recently reported more than 400 deaths a day, and new infections still have not peaked. Many deaths categorized as “atypical pneumonia” are suspected of being COVID-19 but not included in the official count. The true count may be several times higher.

Armando Sepulveda, manager of San Cristobal Mauseleum in the massive Mexico City suburb of Ecatepec, said his burial and cremation business has doubled in recent weeks.

“The crematoriums are saturated,” Sepulveda said Thursday. “All of the ovens don’t have that capacity.” Families scour the city looking for funeral services that can handle their dead “in desperation,” because the hospitals cannot hold the dead for long, he said.

The Mexican government has shifted its attention to reactivating the economy. 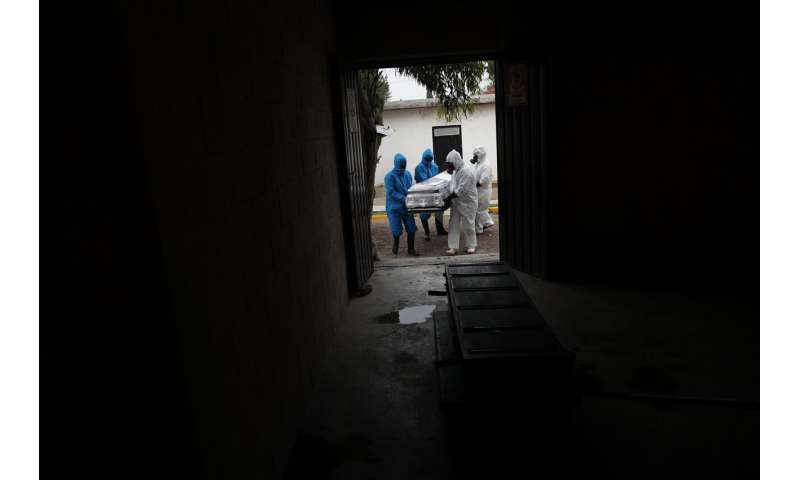 Mining, construction and parts of the North American automotive supply chain were allowed to resume operations this week, but analysts predict a massive economic contraction in an economy that had already entered a technical recession before the pandemic.

The pandemic reaches from Latin America’s mega-cities deep into the Amazon jungle.

The Colombian town of Leticia, which lies along the Amazon River at the border of Brazil and Peru, has nearly 1,300 cases. Residents are reeling from both the illness and a sudden loss of income, much of which came from tourism. Families have begun placing red cloth flags outside humble homes with tin roofs to show they are going hungry.

Authorities in Colombia have pointed a finger at Brazil to explain the sudden rise in infections there, and President Iván Duque has imposed strict measures aimed at keeping cases out, including militarizing the border. But with many informal crossing points, it is nearly impossible to completely seal Colombia off. 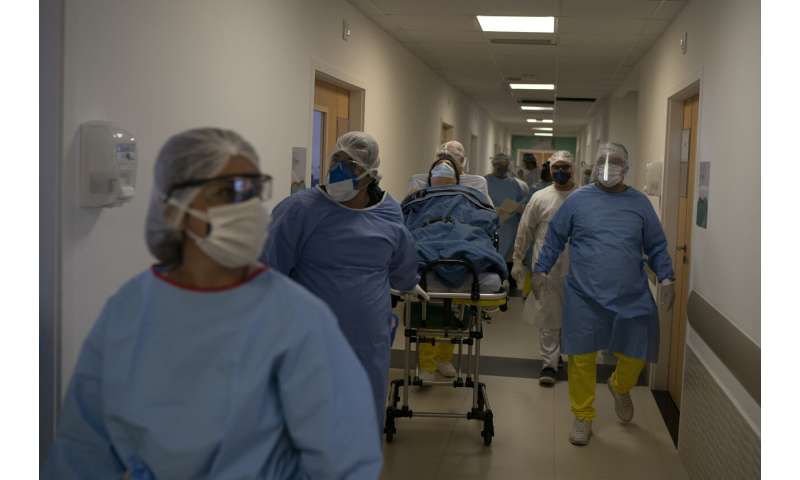 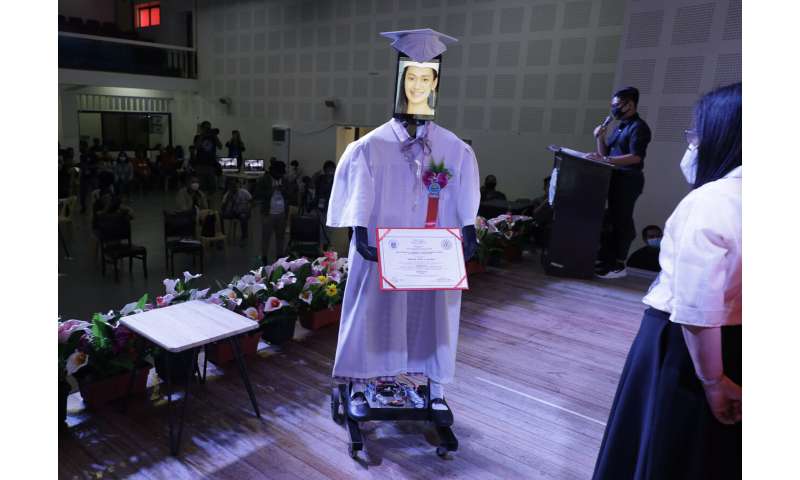 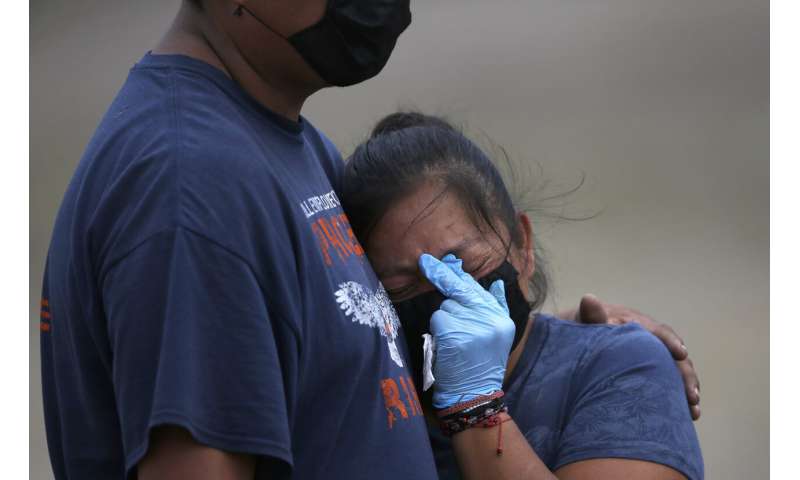 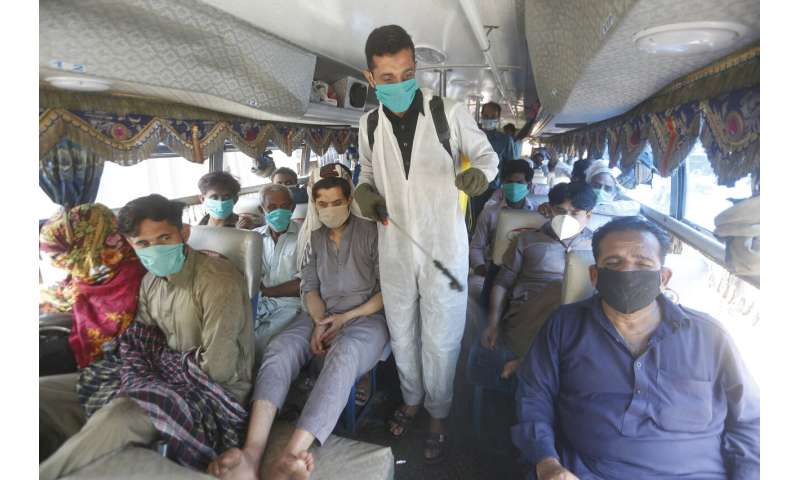 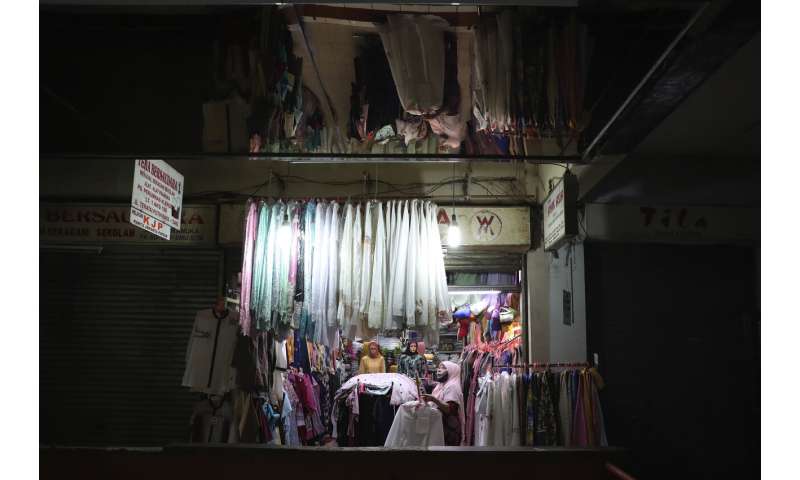 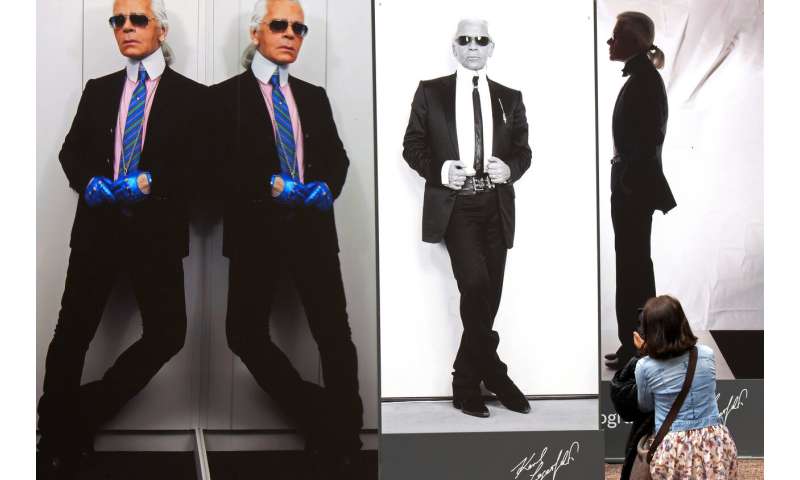 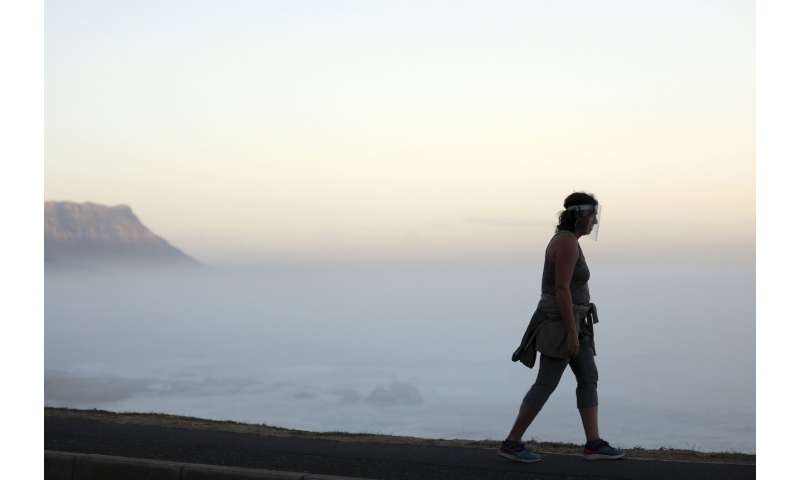 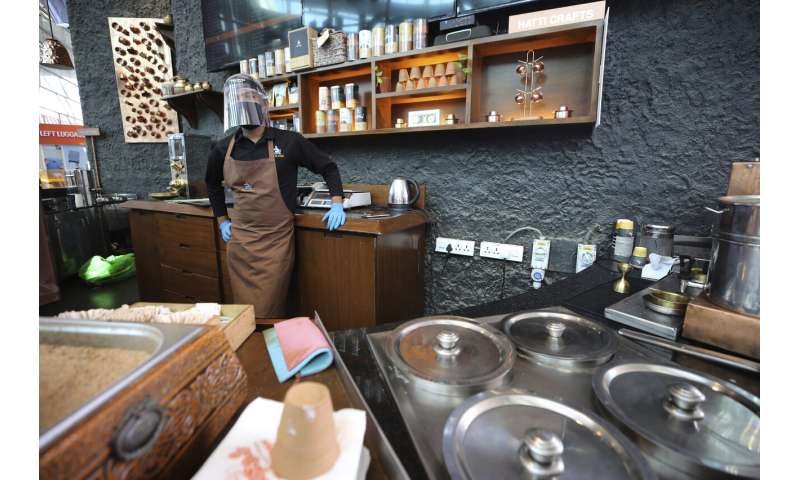 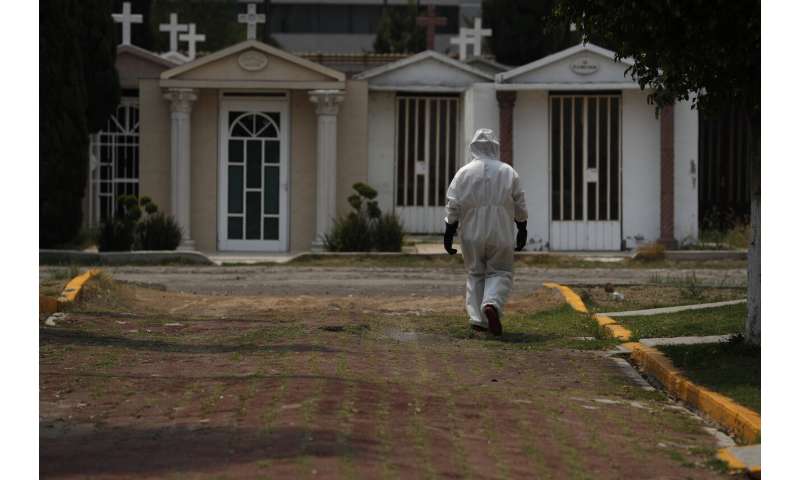 In Chile, more than 90% of intensive care beds were full last week in the capital, Santiago, where the main cemetery dug 1,000 emergency graves to prepare for a wave of deaths despite a strict, early quarantine. Ecuador’s government declared a 2 p.m.-5 a.m. curfew in March, among other measures, but cases have swamped medical and mortuary services in the city of Guayaquil and, now, in the capital, Quito.

Hundreds of people can be seen violating the curfew daily in Ecuadorian cities, many selling goods on the streets to earn enough to buy food.

Other rule-breakers aren’t needy. A doctor treating coronavirus in a hospital in northern Quito said he had treated members of a family who threw a Mother’s Day barbeque despite the restrictions. The family’s mother and her brother died of coronavirus, and seven relatives are hospitalized. The doctor spoke on condition of anonymity because he was not authorized to talk to the press.