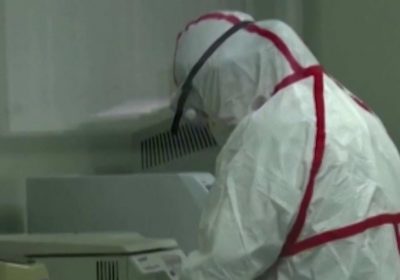 Researchers studying COVID-19 and its variants across the U.S. have expressed concern over a mutation found in New York City that could diminish the effectiveness of vaccines on the virus.

The New York Times reported that researchers at Caltech and Columbia University studied the mutation, called B.1.526. One scientist told the paper he was more concerned about the variant in New York than the one in California.

The report said that the researchers found that E484K and S477N mutations present in more than a quarter of samples in the study.

The E484K mutation has been called the “escape mutation” because it could help COVID-19 evade a human immune response, and the S477N mutation creates spike proteins that affect how it attaches to cells.

The paper pointed out that the study has not been peer-reviewed.

Kristian Andersen, a virologist at the Scripps Research Institute in San Diego, said, “Given the involvement of E484K or S477N, combined with the fact that the New York region has a lot of standing immunity from the spring wave, this is definitely one to watch.”