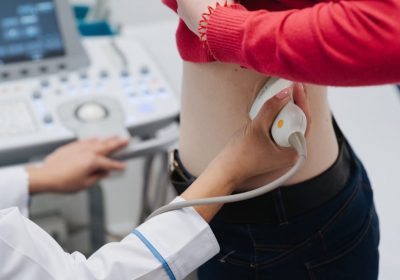 In Germany, more and more people are living with kidney disease. Causes these are often due to certain diseases such as Diabetes mellitus or hypertension. However, the genes play an important role. Researchers have now discovered many new genetic causes of kidney diseases.

Diabetes and high blood pressure are the most common causes

In Germany, around eight million people have chronic kidney disease, about 8,000 of them are waiting for a kidney transplant. “The most common causes of chronic kidney disease in adults are Diabetes mellitus and hypertension,” explains the Institute for quality and efficiency in health care (IQWiG) on the Portal “gesundheitsinformation.de”. But other causes also play a role, including genes. Researchers have now discovered many new genetic causes of kidney diseases.

Researchers from the University hospital of Freiburg, together with international collaboration evaluated partners in a multi-year project, data from the world’s 1.05 million study participants to identify new risk genes for renal disease.

As stated in a communication of the University hospital, you have proven 166 new Loci for the first time.

Risk variants in eleven of these genes are according to scientists, is particularly relevant and could be, among other things, for drug-development is important.

For your in the journal “Nature Genetics” published a study, the Freiburg researchers initiated a consortium with more than 270 research units in the world.

“Our study helps to understand how kidney damage, and it provides much-needed approaches for new therapies,” says first author Dr. Matthias Wuttke, a doctor and a scientist at the Institute of Genetic epidemiology at the University hospital of Freiburg.

“Chronic renal diseases are among the most increasing causes of death for the last ten years. In Public, they are perceived but hardly,“ says Wuttke.

Comprehensive data analysis will be required

According to the experts, the evidence that the Occurrence of certain Gene variants associated with a disease, a highly scientific, complex and requires extensive data analysis.

For this, the researchers evaluated the records of international “Chronic Kidney Disease Genetics (CKDGen) consortium”, as well as of the American “Million Veteran Program”.

“Only because of the enormous size of our study, it was possible for us to find so many new Loci, and very likely kidney disease”, explains study leader Prof. Dr. Anna Köttgen, Director of the Institute of Genetic epidemiology at the University hospital of Freiburg.

Some genes appear for a therapy approach particularly promising

The information, no influence on the renal function was 166 out of a total of 264 detected gene alterations are not yet known.

“We have the hope that new ways can be found to can kidney disease cause treat.”

Especially in the view of scientists such genes, which affect the ability of the kidney were free, the blood through the Filtration of pollutants.

“This strongly suggests that new therapies should be applied directly in these tissues,” says Wuttke.

Chronic kidney disease – when the body is poisoned

As in you communication is explained in detail, filters, the kidneys every day approximately 1,500 litres of blood. You control decisive the water and Mineral balance, and is the Central Detoxification organ of the body.

If these functions are disturbed, it can cause a variety of complaints. These include swelling of the legs or of the face, fatigue, Nausea, weight loss, or muscle cramping.

In the final stage, the kidney failure patients with dialysis, blood wash, and in the long term by means of a kidney transplant treated.

And: “each year, about 10,000 people die in Germany of the consequences of a chronic kidney disease.” (ad)