Mum's 'pregnancy headaches' turned out to be a brain tumour 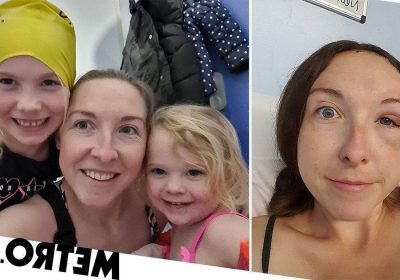 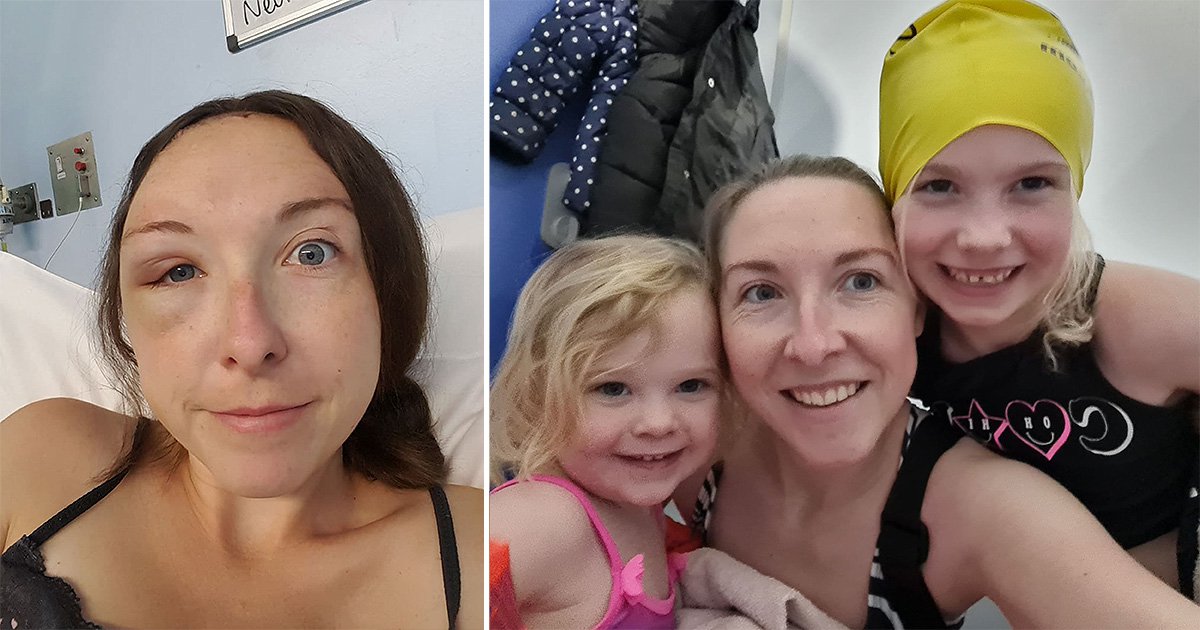 When Dominique Nicholson, 32, was pregnant, she began experiencing severe headaches – but assumed she was just tired.

The mum-of-two was devastated when, after welcoming her second daughter, Erin, she discovered the true cause: a grade two atypical mingioma brain tumour.

Dominique underwent surgery to have 95% of the mass removed after giving birth, and wrote goodbye letters to her daughters, Erin, now two, and Freya, now six.

Thankfully, she survived – and is now sharing her story to raise awareness of the signs of brain tumours.

‘I had headaches when I was pregnant with my first daughter, Freya,’ said the mum.

‘So when I had headaches with Erin, I wasn’t concerned. I assumed it was a mix of the stress of having a young child, working, being pregnant and generally tired.

‘I mentioned my headaches to my midwife around five times, but she agreed there was no cause for concern and I assumed once I had given birth they would ease.’

After Dominique gave birth to Erin, her headaches continued to get worse.

‘I was emptying the dishwasher and as I bent down, the pressure behind my eyes was intense and I fell to the floor in agony,’ she remembers.

‘My head was throbbing and when my husband, David, now 31, came home we went to the hospital.’

Dominique, a licensing conveyancer, was sent for a CT scan, which revealed she had a mass on her brain.

She had to undergo craniotomy surgery to remove all but a small percentage of the tumour, which was wrapped around a major vessel.

The operation was a success and Dominique was able to go home soon afterwards; with a 21cm scar across her forehead and down the right-hand side of her face.

‘I spent a lot of time sobbing in hospital,’ Dominique said.

‘I needed to put things in place, so I wrote letters, arranged godparents and thought about things to help David if something went wrong in surgery.

‘I distracted myself as much as I could, preparing things for Dave in case I wasn’t there.

‘I was diagnosed, operated on and home within seven days.

‘I needed to be with my family.

‘I also saw a counsellor as it was a lot to deal with. I consider myself to be so lucky and I am grateful to be alive.

‘I now have annual scans to check if the tumour has come back.

‘It is worrying to think it may come back and that does cause me a lot of anxiety if I get a headache.’

Now, Dominique is looking forward to celebrating her and her partner’s 10-year wedding anniversary in 2022.

In the meantime, the couple will focus on continuing to raise awareness of brain tumours.

She said: ‘The Brain Tumour Charity is incredible and I just want to get as much awareness out as possible.

‘I am running 130 miles to represent the 130 types of brain tumours that exist.

‘I am very lucky to have been treated so quickly and I don’t like to think about what could have happened if I didn’t.

‘I want to warn everyone – but especially mums and expectant mums – not to put their own health last.

‘You know your own body and what is normal and if something isn’t right push for answers.

‘My headaches were ongoing, I felt sick and I was forgetting things.

‘If that sounds like you, please go to your doctor.’

This is Dominique’s third year of challenges and this year she will be completing 2 Olympic Triathlon distances.

To contribute towards Dominique’s fundraiser, head to her JustGiving page.