Home » Health News » Mum whose back ache turned out to be cancer now needs £110,000 for treatment

Mum whose back ache turned out to be cancer now needs £110,000 for treatment 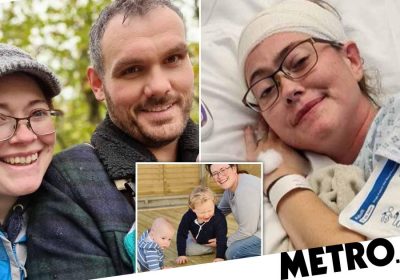 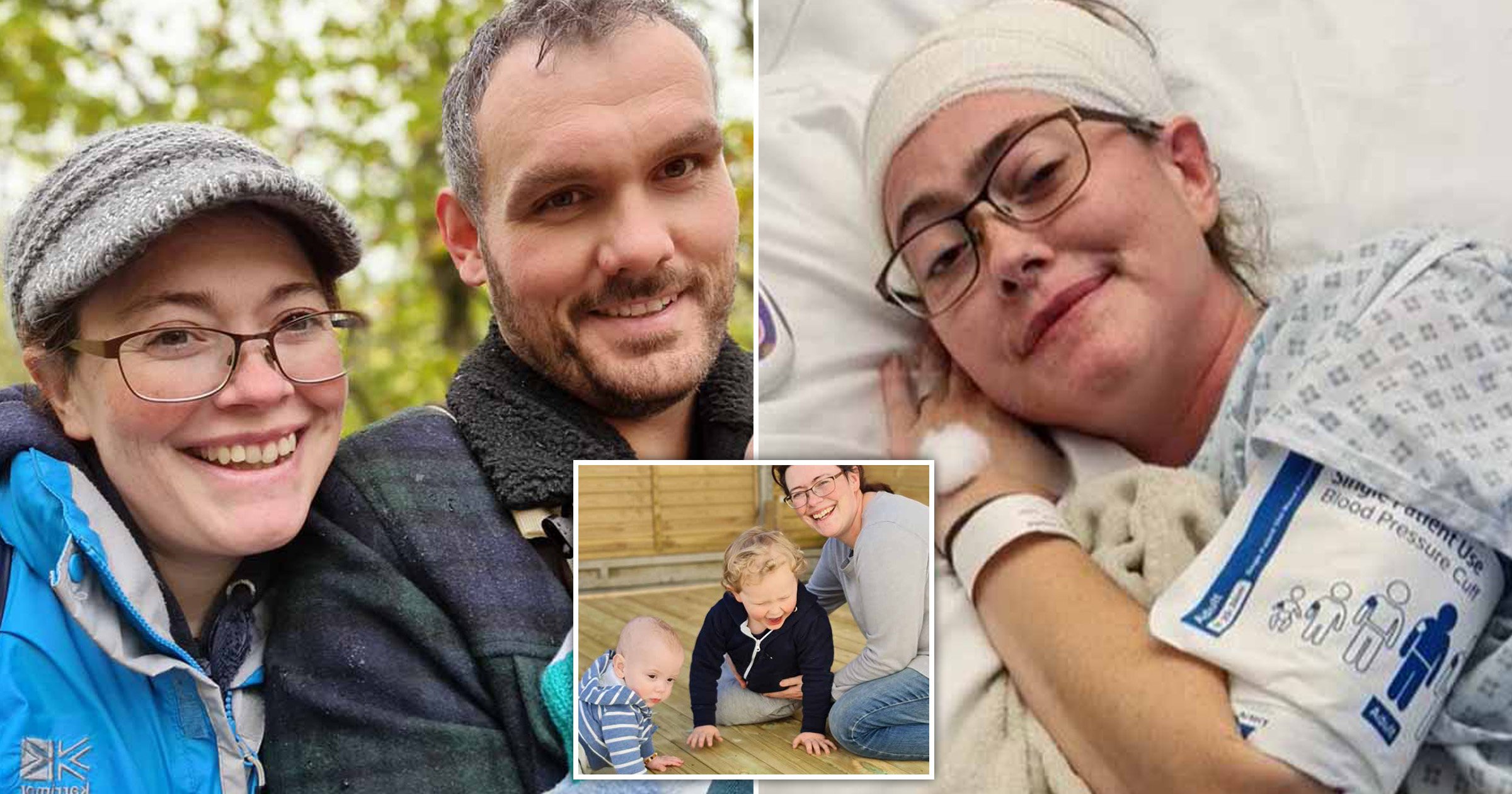 As she picked up her baby son Arthur while enjoying a family in Lanzarote, Lorraine Hartley felt her back twist and then ‘crack’.

At first the mum thought she’d pulled something – but within just five months her world came crashing down.

The persistent back pain she’d suffered since that holiday in November 2019 was in fact lung cancer.

The discovery came about after Lorraine, who was pregnant with her second child, saw her midwife in April 2020. By then she had already seen her doctor several times and even called the ambulance to help deal with the agonising pain.

Concerned at how severe it was, the midwife advised her to go for further scans, which revealed the shocking diagnosis.

Just over 18 months on, 39-year-old Lorraine, who lives in Halling, Kent, is now living with brain cancer and fighting to survive so she can get more time to watch her young family grow.

Speaking on her behalf, because she’s too ill to talk, Lorraine’s fiance Dave Topping recalled the moment they heard the shocking news: ‘When the doctors realised it was cancer, they didn’t initially know where it had originated from

‘They checked her breasts, which were fine and eventually decided it was lung cancer that had spread into the bones.

‘It had probably gone through the back of the lungs into the spine and on the ribcage, shoulder blades and with some deposits around her lymph nodes

‘It was terrible. She was pregnant, and we found out she had stage four, nearly stage five cancer. The only vague bit of good news we got was that the type of cancer she had was treatable using targeted drug therapy

‘I still can’t get my head around it all today,’ he added. ‘We were told she had two years to live when I wanted her to have another 50.’

Doctors advised non-smoker Lorraine to have a C-section at 30 weeks when her baby would be strong enough to survive, so that she could start her treatment as soon as possible.

While he received care in the dependency neo-natal ward, so his lungs could get stronger, Lorraine began her targeted treatment to stabilise her cancer –  a daily beta-blocker, which prevents proteins bonding with the cells and replicating, so the cancer cannot grow, meaning eventually the cells there die

Dave, 35, said: ‘It’s really effective but, combined with the other drugs Lorraine has, the side effects are very unpleasant – causing things like nosebleeds and soft finger and toenails.

10 weeks after Henry was born, he was strong enough to go home. Meanwhile, as his mum Lorraine’s treatment went on, she and Dave dared to hope that she’d beaten the odds and was conquering the disease

‘The lesions in the bones and lungs had been all but reduced to scar tissue and her bones had fused into position, giving her some new stability,’ Dave said. ‘We were becoming hopeful of beating it.

However, as Lorraine’s health started to decline, in October 2021, the couple received the shocking news that scans had revealed eight cancerous tumours in her brain.

‘She’s basically a very ill person. She’s been fragile for a long time,’ said Dave, who has had to stop working in his job as an operations manager for large periods of time to care for their children.

‘The targeted drug therapy that was very effective in the body unfortunately does not pass into the brain very well and is unable to treat the tumours present there.

‘The position of some of them is affecting her motor skills, meaning she is limping, can only just use the stairs and now sometimes uses a wheelchair.’

He added that Lorraine’s vision has since become ‘blurred’, and she has problems with her short-term memory.

The couple, who’ve been together for eight years and engaged for four, are now desperate to do what they can to prolong Lorraine’s life, so she can get more time with Arthur, three and Henry, one.

Although she is starting radiotherapy on the NHS, they also need £8,400 a month – or a total of £101,008 – to fund a year’s supply of a drug called Osimertinib, which could help block the growth and spread of cancer cells.

However, Lorraine sadly doesn’t currently qualify for it on the NHS, so she and Dave have set up a GoFundMe page to help raise money.

The couple are also appealing to the NHS to give her the extra treatment and are in talks with the drug company about compassionate funding.

‘It might not save her life indefinitely,’ Dave admitted, ‘But it will be the best way for her to have a lot more time with her family, who she loves so much.

‘She just wants a little longer to watch her family grow.

Explaining the criteria for prescribing to patients, a spokesperson for the NHS said: ‘The NHS offers treatment to patients that have been licenced by the MHRA (Medicines and Healthcare products Regulatory Agency) and adhere to NICE (The National Institute for Health and Care Excellence) recommendations.

‘Decisions about the right treatment for each person are made by patients, clinical experts and carers.’