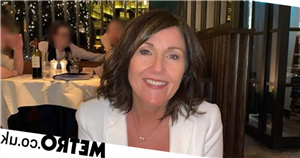 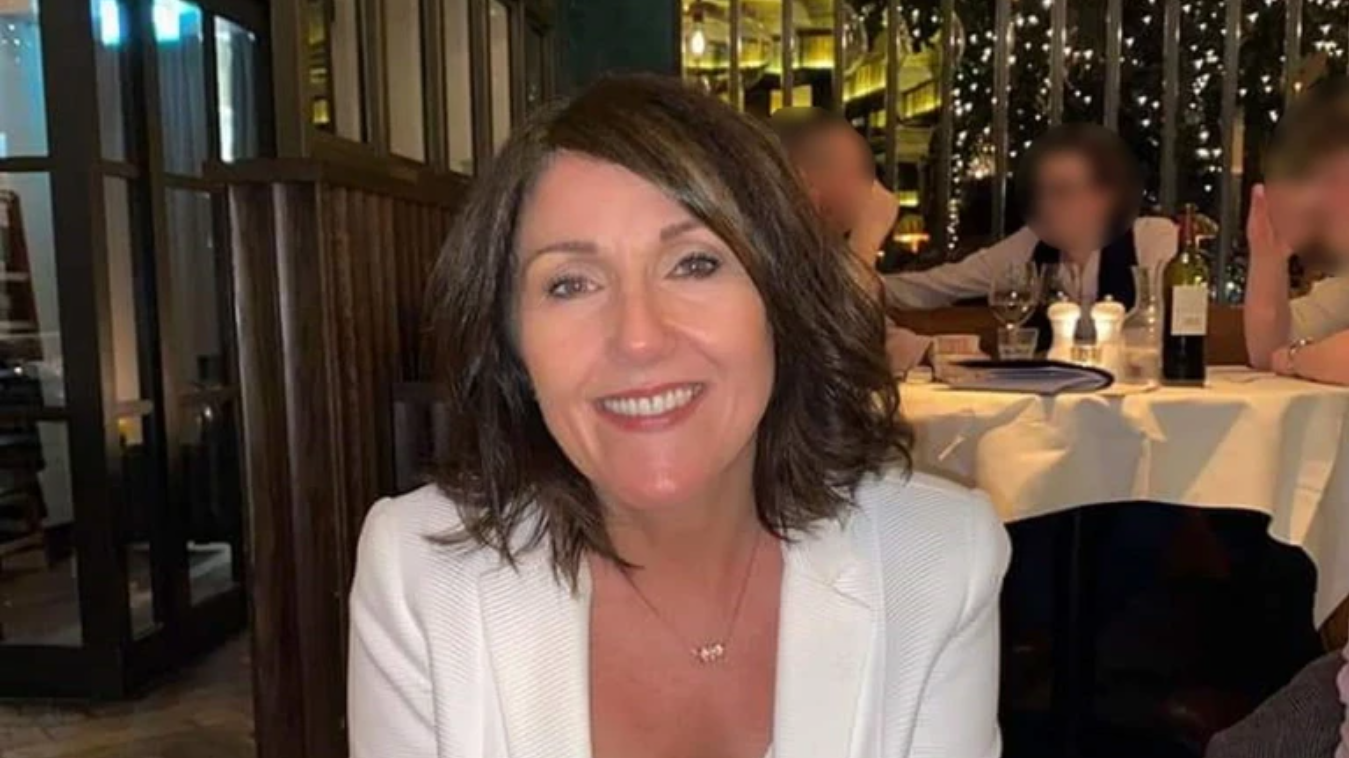 A woman whose sore throat turned out to be cancer is urging others to check for symptoms, after describing how radiotherapy burned her face and neck.

Like most of us, Lisa Gooddy had suffered sore throats since she was a child.

When she noticed a white patch on her tonsil in 2019 and had it checked out by a GP, they thought it was just tonsil stones, but a year later, the customer support assistant noticed her voice ‘feeling tired’, so she went back.

After several appointments, various antibiotics, and a referral to a specialist, the 51-year-old was ‘devastated’ to eventually be diagnosed with stage T2 tonsil cancer in December 2020, which had spread to her soft palate and lymph nodes in her neck.

The mum-of-three had chemotherapy and 33 doses of proton beam therapy, which wreaked havoc on her skin.

As well as causing the skin on her neck to become inflamed, red and sore, the radiotherapy ‘destroyed’ Lisa’s saliva glands.

It’s left her with a constant dry mouth, which has impacted her speech and her ability to chew and swallow food.

After getting the all-clear last June, she wants to raise awareness of the importance of checking your mouth, tongue and throat.

Lisa, from Stockport, said: ‘Think about your mouth or skin being microwaved, basically that’s what’s happening [when you have radiotherapy].

‘If you think of what radiotherapy does to your skin and how delicate your mouth is, it’s like being burnt.’

Lisa had problems with her throat, including her tonsillitis, from a young age, and noticed her tonsil was ‘enlarged’ around 15 years ago when she was looking at her son’s.

Lisa said: ‘I used to suffer quite a lot with my throat and tonsils so I went to the doctors a long time ago, about 12 months before [diagnosis] and told them I was having trouble.

‘There was a white patch on my tonsil but unfortunately, I wasn’t referred at that point as they thought it was tonsil stones.

‘I work in a contact centre environment and I’m quite a chatty person and had to take and make calls, and my voice was getting very very tired.

‘We’d have meetings and I actually couldn’t go to some of them one day. I felt absolutely drained and I thought “I can’t speak to anybody”.

‘This must have been the effect of the cancer on my vocal cords.’

Lisa had phone and video appointments before being seen in person due to the pandemic, and was prescribed antibiotics, which didn’t work.

The third time she got in touch with a GP, she saw them face to face and had her mouth, throat and neck examined.

This was what led her to be urgently referred to a specialist.

Lisa said: ‘When I saw the GP in person he said “so, what about your lymph nodes?”

‘He felt them and said “it’s massive”, But I just thought, “I have a sore throat”.

‘I could tell with the questions that the consultant was asking that there was something .

‘I would like to say I am quite an optimistic person, although no one wants to hear those words.

‘But, I think I’d had issues for so long it wasn’t a surprised, because I knew there was something wrong.’

She said: ‘I think the hardest thing is telling people and your family. I think the person with it just thinks, “OK, let’s get on with this now”.

‘Don’t get me wrong – you’re devastated, but you’re like “can it be treated, and what can we do?”‘

Lisa began treatment on 8 February 2021 – the day before her 50th birthday.

The lump in the lymph node on her neck was around six cm, and she said her cancer was caused by Human papillomavirus (HPV).

Lisa said: ‘One of the really awful known side effects of the treatment is that you don’t have any saliva glands and constantly have a dry mouth.

‘Having a dry mouth all the time is really awful. It affects your speech, ability to eat, talk. I can’t lick an envelope.

‘It’s really daft, but things like that that you don’t even think about, are impossible.

‘It affects so many things – if I’m going out, say to a restaurant, there potentially could be nothing on the menu that I could eat because I can’t have pepper.

‘The food I eat has to be like slop on a plate. It’s very, very limited. I don’t eat for pleasure anymore, I eat because I have to.

‘I ordered broccoli in a restaurant but it was al dente and because I was hungry I swallowed it but I couldn’t breathe so my husband had to do the Heimlich manoeuvre on me because it was lodged in my throat.

Lisa can also no longer breathe through her nose, so she’s waiting to go under the knife to fix the issue.

Notes from the NHS

Mouth cancer, also known as oral cancer, is where a tumour develops in a part of the mouth. It may be on the surface of the tongue, inside of the cheeks, roof of the mouth (palate), lips or gums.

Tumours can also develop in the glands that produce saliva, tonsils at the back of the mouth, and part of the throat connecting your mouth to your windpipe (pharynx). However, these are less common.

Things that increase your risk of developing mouth cancer include: smoking or using tobacco in other ways, such as chewing it, drinking alcohol and infection with the human papilloma virus (HPV) – HPV is the virus that causes genital warts.

She said: ‘Check your mouth – it’s a cancer that people don’t seem to know about and it takes two minutes to check your mouth, throat and neck for any changes.

‘People at the Mouth Cancer Foundation are amazing.

‘We have a support group every week and we are trying to share as much information as we can about checking your mouth.

‘And if there’s any sore areas or those that look different go and see your GP and dentist, and if they don’t think it’s anything but you’re still not happy, ask for a referral – don’t be put off.’