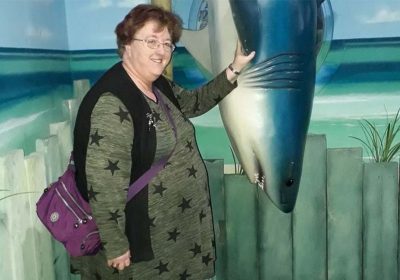 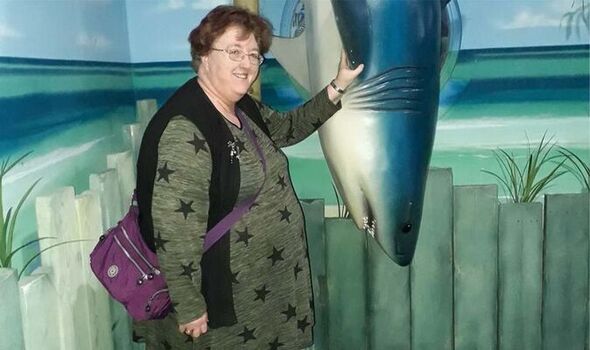 Discussing her previous weight, Chris Hayward, 65, from Greasby, Wirral, said that – at her heaviest – she weighed 21 stones 3.5lbs and was a size 28-30 in clothes. After some routine blood tests revealed the real impact the weight was having on her health, Chris decided to shed the weight and signed up for Slimming World.

Speaking to the Liverpool Echo, Chris said: “I went to my GP just for some routine blood tests and one came back as being really borderline for diabetes. I’ve got diabetes type two in my family and I’m thinking ‘I don’t want to go down that track if I can avoid it.’

“I just thought it was getting ridiculous. I spent 20 odd years as a size 24 and then in a few weeks leading up to this I’d put on quite a lot of weight in a really short space of time and gone up several sizes. I was thinking ‘this is silly I’ve got to do something about this, otherwise I’m not going to be around for my kids.'”

Despite initially being apprehensive about joining her local Slimming World group in Greasby in August 2018, Chris said she was made to feel really welcome by her consultant and other members.

Four months later, new blood tests revealed her bloods were back within normal range and she was no longer at risk of type two diabetes. 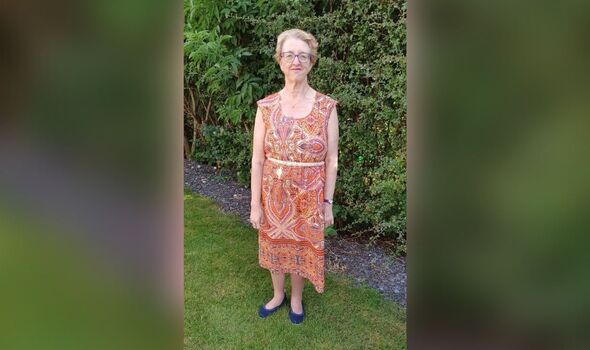 By Christmas the following year, Chris had lost seven and a half stone through following Slimming World’s Food Optimising eating plan and their Body Magic programme, which encourages members to build their physical activity levels at their own pace.

Chris said: “Along with eating healthier, I also focused on Body Magic. I swam a mile twice a week and walked at least an hour on alternative days, regardless of the weather.

“Three or four miles of relaxing headspace, that feel-good factor helped changed my shape in a positive way. I started to like what I saw in the mirror, finally. By my 63rd birthday, I’d lost just over eight stone.”

Chris has now lost an incredible 10st 12.5lbs in total after reaching her target weight in June last year, and she has dropped over seven dress sizes, going from a size 28-30 to a size 12-14.

She said: “I have worked really hard. I’ve been more determined than ever in my life. I think part of it was the welcoming environment and that feeling of comradery you get in group. Basically, you’ve got to confess each week if you’ve done well or not and it doesn’t matter if you’ve not because we’ve all been there at one time, you get a round of applause either way.

“It’s a whole lifestyle to be honest, it’s not just the food. I reckon it saved my life in the long run because it stopped me going down the diabetes line and I’m so much fitter and healthier. Virtually everyday someone says how fabulous I look. I feel amazing.”

Chris’s diet before she lost weight:

Breakfast: Cereal and/or toast with jam or marmalade

Lunch: Two packets of sandwiches, crisps and fruit or bar of chocolate

Dinner: Curry or chilli made with a jar of ready made sauce

Snacks: Average of three packets of crisps a day