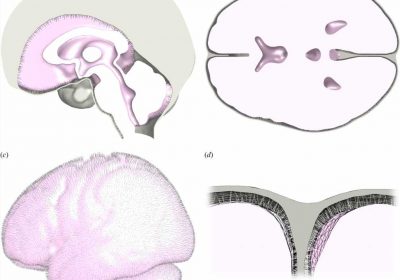 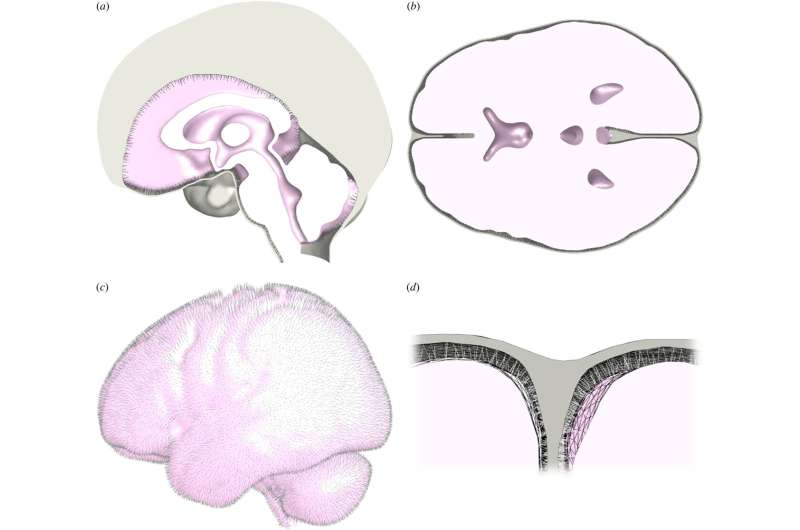 A team of researchers at Cardiff University, working with a colleague at the University of Bristol, has found that the human brain responds to pressure in ways similar to gelatin and that it can break apart more easily than polystyrene. In their paper published in Journal of The Royal Society Interface, the group describes training a machine-learning algorithm with data from MRI scans to learn more about how the brain responds to being touched by surgical implements.

Prior research has shown that measurements of reactivity by the brain to surgical instruments do not always match testing using organs from deceased individuals. This is, the researchers note, is because brain tissue begins to change the moment a person dies.

To learn more about the brain’s physical properties, the researchers scanned the brains of volunteers lying face down in an MRI machine, and again lying face up. This revealed how the brain deforms under such conditions. They then trained a machine learning algorithm on the resulting data. It compared the stiffness levels of brain matter across individuals as their brains changed shape slightly due to changes in gravitational pressure. This allowed the algorithm to learn about the resiliency of the brain under various scenarios.

The researchers found that brain matter can collapse up to 10 times more easily than polystyrene foam packaging. They also found that its ability to push back against a force that drives it to the side was just a 1,000th that of a typical block of rubber. They liken its squishiness factor to that of Jell-O. And finally, they found that the tissues that connected the parts of the brain together were also soft, which, they suggest, may be nature’s way of keeping the brain from moving too suddenly.

The team suggests that their findings offer neurologists new information that could prove useful during surgical operations, noting that their measurements of the fragility of brain parts are far more precise than has been achieved by testing on cadavers or cutting specimens held in jars.