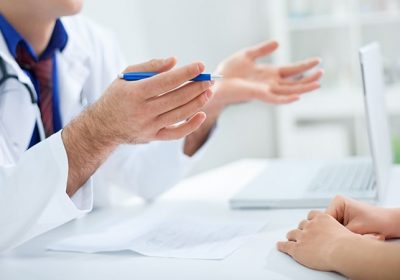 Less than 10% of family physicians in British Columbia, Canada, contact the partners of patients whom they have diagnosed with sexually transmitted infections (STIs), new data indicate.

The data were published online in the June issue of Canadian Family Physician.

The survey, which was conducted online between December 8, 2016, and February 14, 2017, was distributed through Divisions of Family Practice, which are provincial community-based networks that include more than 90% of the province’s 6372 family physicians.

Though two thirds (66.4%) of respondents felt that partner notification should not be done by family physicians, most of them did advise their patients to inform their partners of the STI. This occurred more commonly with chlamydia and gonorrhea (96.6% and 84.9%, respectively) than with syphilis and HIV (60.3% and 62.3%, respectively), which “likely relates to the intensive centralized public health support (including for partner notification) for those newly diagnosed with syphilis or HIV in British Columbia,” wrote the authors.

In the free-text response section of the survey, respondents expressed concerns that their partner notification practices might be less consistent compared with those offered by public health; that patients might prefer a third party to be involved, given the sensitivity of the issue; and that it might be inappropriate for them to treat partners who might have their own family physicians. Most (77.4%) indicated that they would like another health professional, such as a nurse, to do partner notification or would want improved remuneration (74.7%).

Commenting on the findings for Medscape, Lorne Schweitzer, MD, an infectious disease specialist and medical microbiologist at McGill University in Montreal, agreed that the responsibility for partner notification can sometimes lie in a grey zone between public health and primary care. “My personal practice is not to perform partner notification,” he told Medscape. “I prefer for public health to facilitate it, since they do so anonymously and through a third-party. One of my concerns is the breach of confidentiality that could occur if I contact partners myself. So, I instruct patients to contact partners when possible and to refer them for testing and treatment.”

But Schweitzer pointed out that laws and policies differ from one jurisdiction to another across the country. “For example, in Quebec, new cases of HIV are only collected by public health in an anonymous fashion, which precludes any PN [patient notification] without the full cooperation of the patient,” he explained. “For syphilis, public health can contact their partners if they categorically refuse.”

Schweitzer said that the study failed to capture the challenge presented by online dating that can sometimes involve anonymous partners; he also questioned whether there was some bias in the sample of survey respondents “as people who work with communities that experience a lot of STIs are more likely to respond to a survey of this nature.” In particular, he noted that 7.5% of respondents had reported diagnosing patients with HIV in the last year. “Honestly, as an infectious disease physician, I’ve diagnosed fewer new cases than that for the last 4 years and would suspect most family physicians rarely, if ever, diagnose a new case of HIV these days,” he said, attributing this largely to the widespread availability of preexposure prophylaxis.

He also pointed out that the paper did not discuss expedited treatment of partners, “which facilitates treatment, as it removes the need for the partners to present for care but has the disadvantage of not testing the partner for the same or other STIs and sometimes results in giving inferior treatments, as we cannot give injections.”

Wong responded that in fact, the survey did explore physicians’ attitudes toward this practice, and those results are reported elsewhere.

“We found a number of things could help facilitate expedited partner therapy, such as clear clinical guidelines and having a health care professional for follow-up after prescribing,” he added.

Kate Johnson is a Montreal-based freelance medical journalist who has been writing for more than 30 years about all areas of medicine.