More than six cups of coffee per day can affect heart health: Study 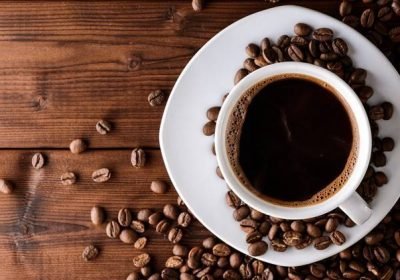 Procaffeinators love their steaming cup of coffee every morning but the question they need to ask themselves is, ‘Is it really good for the heart?’. Scientists at the University of South Australia in Adelaide tried to determine how much coffee is too much for the heart.

In their findings, published in The American Journal of Clinical Nutrition, they aimed to examine if the CYP1A2 genotype or a genetic score for caffeine metabolism (caffeine-GS) modifies the association between habitual coffee consumption and the risk of cardiovascular disease (CVD).

The investigation tried to determine how much coffee would increase the cardiovascular risk of people with and without this genetic variant. They analysed the data of 347,077 people aged 37–73, of whom 8,368 were diagnosed with cardiovascular disease.

“In order to maintain a healthy heart and a healthy blood pressure, people must limit their coffees to fewer than six cups a day. Based on our data, six was the tipping point where caffeine started to negatively affect cardiovascular risk”, said study co-author and professor Elina Hypponen in Media News Today report.

In fact, people who frequently drank six or more cups of coffee per day (with each cup containing around 75 milligrams of caffeine) had a modest increase in cardiovascular disease risk. “Most people would agree that if you drink a lot of coffee, you might feel jittery, irritable, or perhaps nauseous that’s because the caffeine helps your body work faster and harder, but it is also likely to suggest that you may have reached your limit for the time being,” says Hypponen.

Heavy coffee consumption was associated with a modest increase in CVD risk, but this association was unaffected by genetic variants influencing caffeine metabolism.