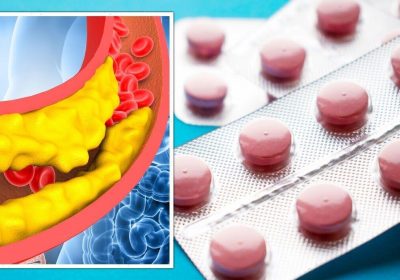 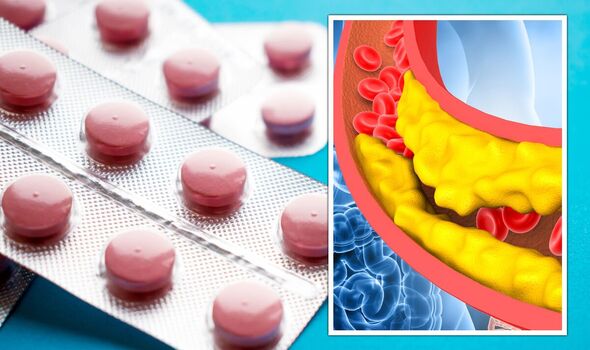 Until now only those with a 10 percent or higher risk of a “cardiovascular event” over 10 years were offered the pills.

But the National Institute of Health and Care Excellence, the drug-rationing body, has recommended prescribing the one-a-day tablets for those at much lower risk.

Nice does say people must have a degree of risk to be offered statins.

Paul Chrisp, director of the Centre for Guidelines at Nice, said: “For people with a less than 10 per cent risk over 10 years of a first heart attack or stroke, the decision to take a statin should be left to patients after an informed discussion.

“The evidence is clear, in our view, that statins are an appropriate choice to reduce that risk.”

New NHS guidance underlines ­people should be able to opt in to ­having the cholesterol-busting drugs.

It comes as the latest findings for England and Wales reveal around 1,000 excess deaths a week, with a minority linked to Covid.

And there are concerns over the sharp rise in heart deaths due to the fall in people being put on the ­medication. Statins are commonly prescribed with around 10 million people taking drugs such as atorvastatin, fluvastatin and pravastatin.

It is thought another 15 million ­people aged 25 to 84 could be susceptible to a small risk of a cardiovascular event in the next decade and might be offered pills under the changes.

If they were handed statins it would mean 25 million – or more then one third of the UK ­population – taking them. But officials have underlined the need for people to overhaul their lifestyle to drive down heart disease.

“Research has shown statins are largely safe. The ­decision should be based on a conversation with your GP, and ­combined with eating a healthy diet and exercising regularly to get the most benefit.”

Under the guidance, people would tend to have their risk of heart ­disease, heart attack or stroke picked up during appointments with a GP, such as during an over-40 health check, a cholesterol check or a blood pressure check.

Medics calculate the risk of a cardiovascular event over the next 10 years using a QRISK3 calculator, which the public can find online.

This looks at whether somebody smokes, their cholesterol levels, blood pressure and weight.

Nice is suggesting doctors continue to persuade people with a risk lower than 10 per cent to live a healthier ­lifestyle, such as by losing weight or ­stopping smoking, to reduce jeopardy.

But if after that a statin still looks like a good option, one can be prescribed. Nice said although statins can ­sometimes cause ­side-effects such as muscle pain, most people do not suffer this.

Nice’s estimates suggest for every 1,000 people with a risk of five per cent over the next 10 years who take a statin, about 20 people will not get heart disease or have a stroke because they take the pill.

The official risk threshold at which statins should be routinely offered will remain at 10 per cent.

Cardiovascular disease is the leading cause of death worldwide, killing nearly 18 million people a year.

In England high cholesterol causes seven per cent of deaths and affects up to 60 per cent of adults.

Debate over statins has raged for years but the 2017 publication of a 20-year review by British scientists showed taking the pills each day reduced the chance of dying by as much as 28 per cent.