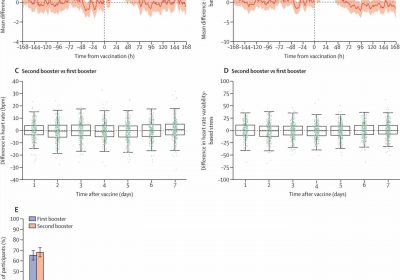 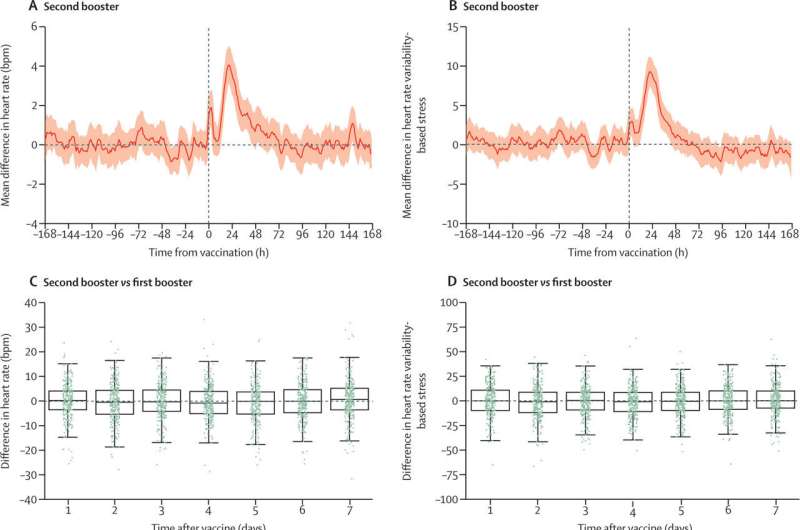 In a first-of-its-kind study, researchers at Tel Aviv University equipped close to 5,000 Israelis with smartwatches and monitored their physiological parameters over two years. Of those monitored, 2,038 received the booster dose of the coronavirus vaccine, allowing the researchers to objectively compare measures before and after the participants took the vaccine, and confirm the safety of the vaccine.

In addition, in collaboration with the Kahn Sagol Maccabi Research & Innovation Center (KSM—the research and innovation institute of Maccabi Health Services), the researchers examined the safety of the booster by analyzing the medical files of 250,000 members of Maccabi Health Services anonymously (without identifying details) and with the approval of the Helsinki Committee. From the analysis of this large amount of data, the researchers were able to evaluate the safety of the vaccines from three perspectives: subjectively—what the participant reports, objectively—what the watch detects, and clinically—what the doctor diagnoses.

The research was carried out by Ph.D. student Matan Yechezkel under the supervision of Prof. Dan Yamin, Head of the Laboratory for Epidemic Research and led in collaboration with Prof. Erez Shmueli, Head of the Big Data Laboratory, all from the Fleischman Faculty of Engineering at Tel Aviv University. Other collaborators were Dr. Tal Patalon and Dr. Sivan Gazit, Director and Deputy Director, respectively, of KSM, as well as Dr. Amichai Painsky and Ms. Merav Mofaz from Tel Aviv University. The results of the research were published in The Lancet Respiratory Medicine.

“We wanted to test the safety of booster vaccines against the coronavirus. We conducted a large-scale, two-year clinical study during which we equipped 4,698 Israelis with smart watches. The smartwatches were used to monitor a number of parameters such as heart rate, variation in heart activity, quality of sleep, number of daily steps taken, and more,” says Prof. Yamin.

“In addition, the participants were asked to fill out daily questionnaires about their health status in a customized application that we developed. Finally, we analyzed data on potential unusual events from the medical files of a quarter of a million randomly selected, anonymous, insured members of the Maccabi Health Services.”

“We saw clear and significant changes after administration of the vaccine, such as an increase in heart rate compared to the pulse rate measured before vaccination, and then we saw a return to the participant’s baseline, i.e., the pulse levels after vaccination returned to their previous levels after six days. Hence, our study confirms the safety of the vaccine,” says Prof. Yamin.

“The research also allowed us to compare subjective and objective indicators and medical diagnosis of the same participant who received the first booster and a few months later the second booster. We found no difference in the physiological response recorded by the smartwatches or that reported by the participant in the app.”

In fact, the smartwatches were even more precise. 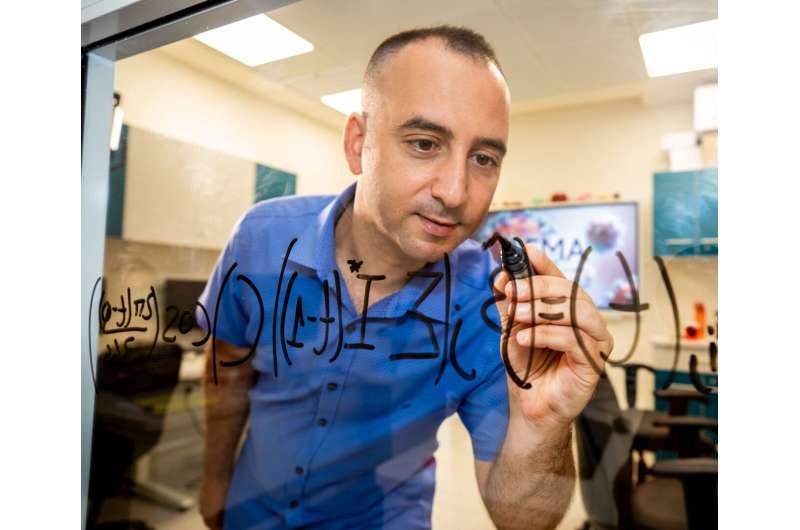 The researchers noted that “the most surprising finding was that the watches were more sensitive than the people they were monitoring. Many participants reported fatigue, headache, etc. after receiving the vaccine, and after two or three days reported that they felt normal and well. In contrast, from examining their watches, we saw distinct changes in heart rate that continued for several more days.

“There were also vaccinated participants who did not report any side effects at all and yet definitely experienced physiological changes, based on data from their smartwatches. In other words, we learned that the smartwatches were more sensitive to changes in general feeling than the participants themselves.”

In the medical literature, 25 unusual side effects attributed to the COVID vaccine were reported, and the researchers paid special attention to look for rare cases of inflammation of the heart muscle (myocarditis) and pericarditis. Prof. Yamin and his colleagues checked the frequency of these unusual side effects among a quarter of a million Maccabi members and found no increase in serious incidents of any kind associated with vaccination.

Prof. Yamin says, “If the watch reports any minor changes in the muscles, and the participant reports only significant changes he feels, the medical file tells us about unusual events diagnosed by the doctors as well as hospitalizations that may be related to vaccinations, with an emphasis on cardiac events. We did a comprehensive analysis of all those twenty-five unusual side effects, and we did not see an increase in their incidence among those receiving the booster.