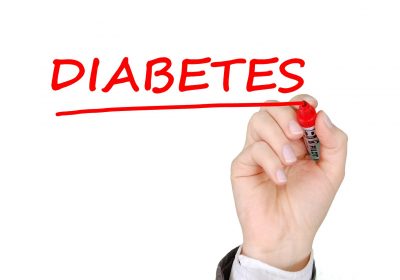 Health care workers often don’t adopt new guidelines for best practices in medical care until well after those guidelines are established. A team of researchers led by Eunice E. Santos, the dean of the School of Information Sciences at the University of Illinois Urbana-Champaign, has developed a new computational modeling and simulation framework to analyze decision-making and identify effective dissemination strategies for medical guidelines.

The research team examined guidelines for Type 2 diabetes that were established in 2012 and were still not adopted years later. The researchers found that health care workers’ specialties, patient volume and experience were among the factors that affected acceptance of individualized glycemic-control guidelines.

The team developed a novel computational framework that incorporates the interactions and influences among health care workers, along with other intricacies of medical decision-making, to simulate and analyze a wide range of real-world scenarios. Researchers introduced the Culturally Infused Agent Based Model (CI-ABM) and reported their findings in the cover article for the June issue of the IEEE Journal of Biomedical and Health Informatics.

Their research highlights that modeling and simulating human behaviors must take into account factors such as sociocultural context and complex social interactions, without which the models can lead to a profound misunderstanding of human decision-making, they said.

“One of the major challenges is capturing the decision-making of the actors and the factors that influence them. This is especially true when the agents are human beings (e.g., health care workers), where their behavior is uncertain and the information about the factors that influence their decision-making is often incomplete and/or contradictory,” they wrote.

The modeling system they developed incorporates social networks and cultural influences that guide decision-making, and it captures how beliefs evolve over time due to personal and external factors. It provides that ability to model real-world events that involve incomplete, imprecise and conflicting information, and it provides a way to handle uncertainty in human behavior. These aspects of their computational model led to better analysis and prediction of guideline-dissemination behaviors, the researchers said.

Santos and her colleagues used the model to analyze the dissemination of a Type 2 diabetes guideline that recommends individualizing glycemic goals for patients. Diabetes care guidelines since 2012 have emphasized individualizing glycemic goals based on patient factors such as age, hypoglycemia risk and overall health. But it isn’t known how many doctors have adopted this guideline.

The researchers used two 2015 surveys that focused on challenges faced by doctors in individualizing the glycemic goals of their patients. The surveys included doctors from diverse backgrounds and a range of specialties—including endocrinology, family medicine and geriatrics—experience levels and practice types.

In their simulation, some of the doctors received guideline recommendations from the American Diabetes Association. Best practices also spread through word-of-mouth. The team compared the results of the simulations with the answers given on the surveys. The researchers found that including sociocultural factors and information about social interactions of health care workers in their model increased the accuracy of predicting guideline-adoption behaviors of various demographic groups. In addition, by including sociocultural information, the model helps to identify factors that drive guideline-adoption behavior.

The framework also allows policymakers to study the effect of different barriers to disseminating medical guideline information, identify the factors contributing to guideline adoption and create targeted strategies to improve communication about the guidelines, they said.