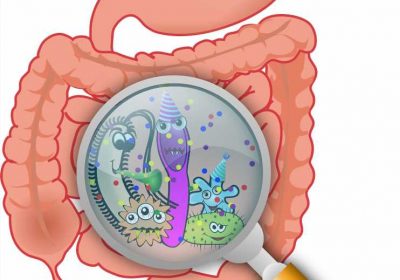 Since 2017, University of Alabama at Birmingham researchers Casey Morrow, Ph.D., and Hyunmin Koo, Ph.D., have used powerful genomic tools and supercomputers that analyze massive amounts of genetic data to identify individual strains within single species of the gut microbiome.

This microbiome “fingerprint” method has helped show the maternal sources of microbes for the human infant or mouse pup microbiomes, as well as showing extreme persistence of gut microbial strains in adult human twins who lived apart after cohabitating for decades.

Now Koo and Morrow have turned their microbial strain stability studies to human infants and children, from ages shortly after birth (about 6 months) to 6 years. In general, they found that there were individualized patterns of microbial strain specificity as the infant gut microbiomes developed.

“In general, the early gut microbial community is dominated by microbes that can feed on the carbohydrates present in breast milk or formula, such as Bifidobacterium adolescentis,” Morrow said. “As the infant grows, the transition to solid foods and physical growth result in changes in the spatial structure of the gut, which contributes to the variation in the physical and chemical environment that provides new ecological niche opportunities for growth of microbial strains. This ecosystem transition correlates with the appearance of Bacteroidetes—such as Bacteroides vulgatus—within the gut microbial community structure.”

The UAB researchers applied their microbe fingerprint technique to two metagenomic DNA sequencing data sets, from previously published studies by others, of fecal samples of infants and young children collected as a time series. The first set of 31 infants had samples collected shortly after birth and at 1, 2 and 3 years of age. Fourteen of those children had multiple antibiotic treatments, which can disrupt the gut microbiome; the rest did not have antibiotics. The second data set included nine infants who were sampled from 6 months of age up to 6 years; four of the nine had been given multiple antibiotics.

Of the 17 infants in the first data set who had not received antibiotics during the three years after birth, an infant-specific pattern was seen for stable and unstable microbial strains. Only one infant had no stable strains identified out of the 20 bacterial species analyzed. For the 14 infants who had multiple doses of antibiotics, 10 showed a unique pattern of transient strains that appeared for a short time after multiple antibiotic treatments.

For the second data set, the UAB researchers analyzed the gut microbial strain stability of Bacteroides vulgatus and Bifidobacterium adolescentis for up to six years following birth. They found individual specific patterns of varying dominant microbial strains that were independent of antibiotic exposure and birth mode. Importantly, there was no obvious linkage between strain changes in B. vulgatus and B. adolescentis. For example, one infant given multiple antibiotics had limited change in B. vulgatus strains as B. adolescentis strains changed extensively, while another infant given multiple antibiotics had the opposite pattern of strain changes.

The researchers also saw several examples of transient microbial strain change for short periods, without antibiotic treatments, followed by recovery to the dominant strain. Although the driving force for those changes is unknown, there were several instances where an infant-specific complete strain change for B. vulgatus and for B. adolescentis occurred. The metadata for those infants showed no obvious correlation of those changes with sex, country of origin, delivery mode or whether the infant would go on to develop diabetes.

“The results of our analysis using both data sets highlight that microbial strain change is inherent in the developing infant gut microbial ecosystem,” Koo and Morrow said. “Furthermore, the results from our study support the use of the strain-tracking method to monitor the development of a stable and healthy microbial community.”