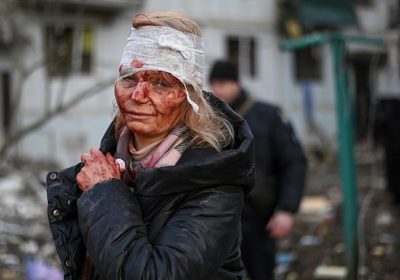 Relief organizations dispatching their initial deployments of medical supplies and personnel to areas upended by the war in Ukraine are confronting an extensive humanitarian crisis as millions lose access to routine medical care.

Some groups that have extended assistance to Ukraine for years are now scrambling to get resources to where they’re most needed.

Doctors Without Borders/Médecins Sans Frontières (MSF) said in a statement Tuesday that it is preparing for a “range of scenarios” as it establishes emergency response teams in Ukraine and its bordering countries. On Friday, the aid group announced it was halting long-standing programs such as HIV and tuberculosis care as it sent emergency teams to region.

“With active fighting ongoing, determining the true extent of medical needs in Ukraine remains challenging,” the group, known for its involvement in conflict zones, said in a statement.

In addition to distributing war-wounded kits and providing trauma care training for surgeons, MSF is trying to step up its response at the Polish border, where thousands of refugees are arriving with conditions such as dehydration and hypothermia. “Our teams at the Ukraine-Poland border checkpoints are seeing people cross over on foot, in cars and on buses, many tired and exhausted, and some with children as young as 25 days old,” MSF said.

Supply chains also are straining. Project C.U.R.E., a Centennial, Colorado-based relief organization which has distributed donated medical supplies to Ukraine since 2000, reported that a shipment scheduled to leave its Phoenix distribution center last week was delayed because of the conflict, which it predicted will have “devastating effects on an already fragile health system.”

Along with stoking communicable diseases such as norovirus and COVID-19 and depleting critical hospital resources such as oxygen, the war has disrupted medication access for millions of people with chronic conditions such as diabetes, asthma, and heart disease. “This inevitably creates a second wave of emergency medical needs,” Direct Relief, a humanitarian aid organization and charitable drug distributor, said on its website.

Morain said planning is underway for larger shipments not only of portable kits for treating mass casualties but also cold-chain medications such as insulin and vaccines. “There have been talks about airlifts and charter planes,” he said. “I anticipate that this is just the beginning of what will be a fairly significant humanitarian response by Direct Relief and the rest of the world.”

A Surge in Donations

For some organizations, the Russian invasion has brought a bump in contributions. “We are receiving an increase in donations as donors pay attention to events in Ukraine and the region,” Kim Goldsmith-N’Diaye, MSF’s director of development, told Medscape.

Direct Relief, which has been supplying Ukrainian health care facilities with medications since January 2021, raised about $1 million after announcing on Friday that it would commit toward the cost of shipping medications to the war-torn region, Morain said.

Donations may have to keep rolling, given the damage to healthcare infrastructure. Even if a ceasefire occurred today, Morain said, “this would be a major humanitarian crisis that would last months at least.”

Some of the charities providing medical assistance to Ukraine: