Home » Health News » Mapping the subcortex, the most ancient part of the brain

Mapping the subcortex, the most ancient part of the brain 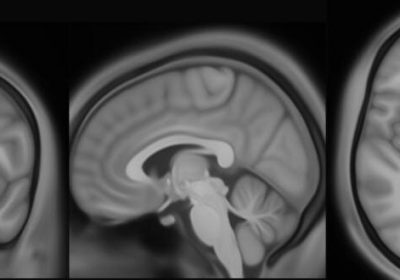 The most evolutionarily ancient part of our brain is the part that we know the least about.

The human subcortex is located deep in the brain’s center and processes everything from our basic senses to long-term memories.

Dysfunction of the subcortex is associated with numerous brain and mental health disorders, including Huntington’s and Parkinson’s diseases, schizophrenia and depression.

Brain cartography is the age-old science of map-making for the brain.

Since the 19th century, brain cartographers have mostly focussed on mapping the territories, regions and networks of the outermost layer of the human brain, known as the cerebral cortex.

This has left the subcortex as an uncharted terra incognita.

As a result of this scarcity of subcortical atlases, many attempts to derive a wiring diagram for the brain, known as the human connectome, often exclude the subcortex.

This involves implanting electrodes into a patient’s brain and electrically stimulating subcortical targets to treat the symptoms of Parkinson’s disease, epilepsy and several neuropsychiatric disorders.

Identifying stimulation targets can be challenging without an atlas.

Our team used high-resolution functional magnetic resonance imaging (MRI) scans of more than 1000 people to map the most detailed subcortical atlas to date. 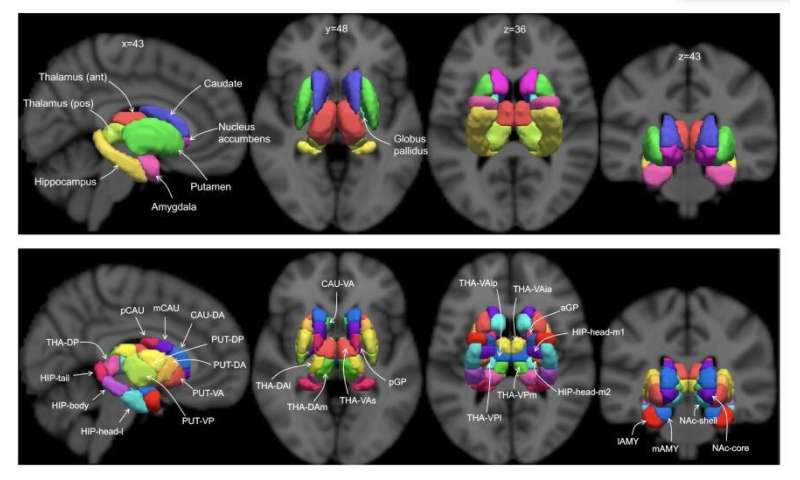 The architecture of the subcortex

Our research team discovered 27 new territories of the human subcortex, each demarcated by distinct borders and associated with a distinct function.

But our new atlas reveals an astoundingly complex organizational architecture that stretches across four hierarchical levels.

Amazingly, the borders separating some of the areas shifted when people were asked to engage in cognitively demanding tasks during the brain scan.

It means that these territories and regions of the subcortex are dynamic and can reorganize depending on an individual’s actions and thoughts.

The new atlas represents several years of work to map the functional areas of one of the remaining unchartered territories of the human brain.

The atlas, which was made possible by the high-quality brain scans provided by the Human Connectome Project, was initially mapped using brain scans from a 3 Tesla MRI scanner—this is the type of scanner typically found in most hospital radiology departments.

Crucially, the subcortical atlas provides neuroscientists with new opportunities to study the function of the brain’s subcortex in health and disease.

Just as atlases of the world were vital to the circumnavigators of the past, atlases of the brain are also vital to neurosurgeons navigating the subcortex to implant electrodes for deep brain stimulation (DBS) and other targeted treatments. 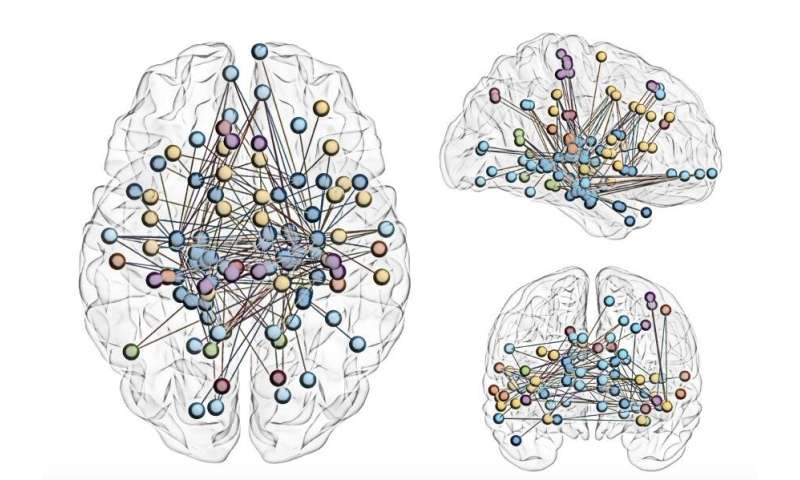 That said, the basic principles are more or less the same and involve drawing boundaries at locations of abrupt change in brain structure and patterns of connectivity.

The unprecedented resolution of the new subcortical atlas can assist delivery of targeted treatments to highly specific subcortical territories.

The atlas is currently used to identify treatment targets in our ongoing clinical trial of a novel transcranial magnetic stimulation (TMS) therapy for obsessive-compulsive disorder (OCD).

OCD is associated with brain changes in a key region of our atlas that is called the striatum, and so we aim to target TMS therapy to cortical regions that are strongly connected to this region.

Without an accurate map, targeting of TMS and other precision therapies can be challenging, if not impossible.

Notably, the subcortex is the brain’s central gatekeeper, modulating input and output information between the outer layers of the brain and the rest of the body.

Our atlas reveals how specific regions and territories of the subcortex are connected to the rest of the brain and form brain-wide networks that orchestrate everything from cognitive function to sensory and motor processing.

While the subcortex is spatially distant from the outer layers of the brain, we found that each of the 27 newly-discovered subcortical territories display patterns of activity that are highly synchronized with specific parts of the cerebral cortex.

It demonstrates the extent to which different parts of the brain are interconnected to form networks.