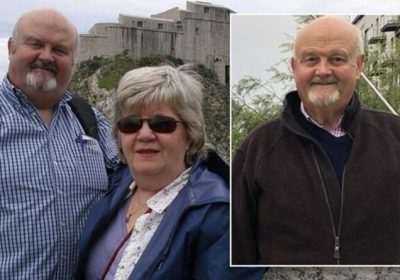 Type 2 diabetes can be a 'devastating diagnosis' says expert

David Williams from Merseyside had always struggled with his weight. In his twenties, he lived an unhealthy lifestyle, consisting of excessive drinking and a poor diet. In 2007, he even ended up having a triple coronary heart bypass surgery.

Over the years, he had tried “umpteen” weight management programmes but nothing seemed to work.

However, after joining the award-winning Low Carb Program, David started to win his 23-year battle against type 2 diabetes.

Speaking to the Liverpool Echo, Williams talked about his transformation and how the programme helped with his condition.

Williams’ problems with his weight started in his twenties when he developed several bad habits.

“I began to get into the habit in my twenties of excessive drinking, leaving the pub at night and getting a takeaway, to munch watching the TV before bedtime,” he said.

“As a chubby, friendly type I had lots of friends but no serious girlfriends, as my overweight appearance and attitude led to being not taken too seriously, by myself and others,” added Williams.

But after a “12-week bootcamp”, Williams dropped to 10.5 stone and was clinically diagnosed as being in type 2 diabetes remission.

“For the first time, through the Low Carb Program, a paradigm change has occurred, I am no longer ‘obese’, and I feel that, for me, permanent change is possible.

“I eat a great variety of food, including lots of leafy vegetables, chicken, cheese, berries and cream and fish that I do enjoy.

“I have learnt to cut down carbs to a low level and, remarkably, this works.”

He now lives a flourishing life–consisting of ballroom dancing classes with his wife Angela, 68, and competing in crown-green bowling leagues four times a week in Spring and Summer.

Type 2 diabetes, which is not only caused by genetics, occurs mostly in middle-aged and elderly people and can lead to many health complications.

It can cause heart disease and stroke, nerve damage, and problems with your kidneys.

Williams offered a warning to inactive or overweight people who might be on track for developing the disease.

“In conclusion, if you do recognise any of my traits and life journey within your own experience, please do look for the signposts and follow them before you become diabetic, need major surgery or have to live with huge bags of medication or daily injections,” he said.

“Life can be much richer and more satisfying without the carbs. After all, life can be so much richer with fewer carbs and less medication.

“Do also be kind to yourself. There will be blips along the way, but they are just blips.”

The symptoms of type 2 diabetes, according to the NHS, include: