Man eats 5,000 calories a day in pursuit of same weight as a giant grizzly bear 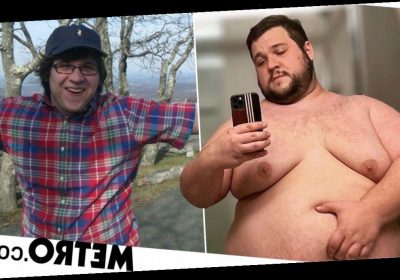 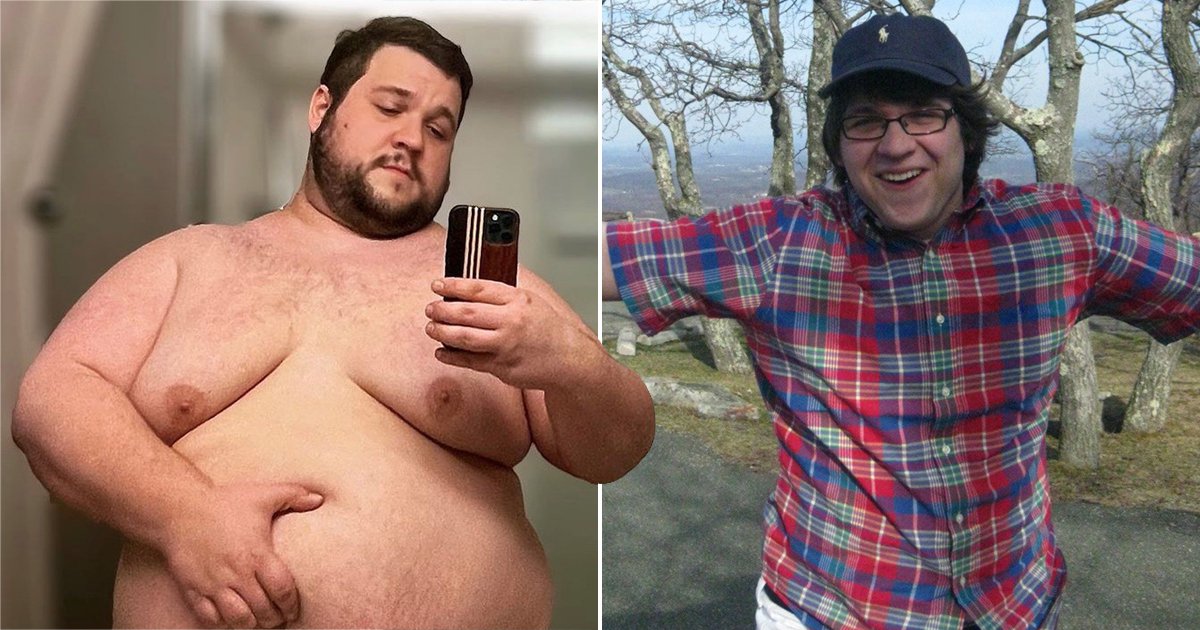 Spartan Pudge, 28, eats 5,000 calories a day and has no plans to stop – until he finally achieves his goal of weighing a quarter of a ton.

So far he has deliberately gained 12 stone, but wants to keep gorging on food until he weighs the same as a giant grizzly bear.

The data analyst, who also goes by Sebastian, is part of the gainer community; a part of gay culture that idolises larger men.

His shirt size is an XXXXL, his tummy has a circumference of 63 inches, and each thigh measures 36 inches.

But he absolutely loves his body.

‘Hitting 300lbs – or 21st 6lb – in my first semester at university made me feel amazing, and most importantly it felt right,’ he said.

‘The majority of the drive behind it was sexual at first, but as time has gone on it has become much more of a lifestyle choice.’

While his weight may cause concern among doctors, Spartan maintains that he’s in good health.

He said: ‘I’m still more flexible than most people who are a normal size – I can put my foot behind my head and my blood pressure and blood sugar is fine.

‘I should go to the doctors to get checked more regularly, but it isn’t the weight you are, it’s how you got there.

‘Did you get to 400lb by eating doughnuts, or, like me, by eating home-cooked meals?

‘I acknowledge there are people who say I’m putting my health at risk, but the numbers say I’m not and I love my body.’

Spartan said his desire to gain weight – which is linked to his sexuality – has been a part of his identity for as long as he can remember.

He said: ‘As a child, you don’t really understand the feeling between your legs, but even then I admired really large people. I would stuff my shirt with pillows to make myself feel like I was bigger.’

Experimenting with weight gain in high school, he tipped the scales at 19st 9lb at his heaviest, but his parents worried about his size and he felt trapped in a cycle of dieting and gorging.

When he discovered the gaining community in his teens, it felt like the perfect fit.

Leaving home to study finance and entrepreneurship at Boston University in Massachusetts, he took advantage of the all-you-can-eat college canteen.

‘I’m more of a grazer, so I’d get a couple of pizzas or burgers and keep going back for more,’ he said. ‘The more I ate, the more my appetite increased.

‘I used to order two large Domino’s pizzas and eat them over the course of an evening before I went to bed.’

Gaining 5st 10lb in his first semester, he hit 300lb (21st 6lb). The larger he became, the better he felt – so Spartan continued to up his calories, even chugging down ‘gainer shakes’ made from melted ice cream and double cream.

Is this lifestyle healthy?

Dr Giuseppe Aragona, a GP and Online Doctor for PrescriptionDoctor.com, says: ‘Rapid weight gain is doable, however it is harmful to the body and should not be something taken lightly.

‘Consuming a high number of calories over a short amount of time can cause a number of issues as well as promoting long term ailments such as joint pain and inflammation from the sudden weight gain.

‘It can also be a shock to the system and affect many different vital processes in the body that end up working harder due to the extra fat gained over the short period of time.

‘Not only this, if you become overweight or obese and your BMI goes over 30 you are putting yourself at risk of heart disease, stroke, diabetes, cancer and depression.’

But Spartan’s weight plateaued until 2015, when he graduated from college and moved to Los Angeles, California, for a fresh start.

With his data analysis job allowing him to spend $200 (£150) a week on fast food like Korean BBQ and burgers from In-N-Out Burger, he also replaced walking with driving and went up to 27st 12lb within a year.

He said: ‘I felt wider and my belly felt deeper – it was a great feeling.

‘I was taking up more space and bumping into things more and I would struggle to fit through smaller doorways in older buildings.

‘My belly would hang down under my shirts and people wouldn’t say anything, but they would definitely stare – and I’m sort of into that.’

In 2012, he officially launched his gainer alter ego, Spartan Pudge, on Tumblr, then in 2017 created an Instagram page that now has more than 13,000 followers.

Spartan has gained loads of fans, including other gainers and super-fit types.

He said: ‘I think one of the reasons why I’m so popular is because my weight has distributed very evenly, so far.

‘Even now, my belly isn’t the biggest, but my boobs are huge. It goes all over me: chin, fingers, toes, face, back, everything.

‘I like being force-fed food if the guy respects my pace and we’re both into it.

‘Sitting on other guys is something I’ve tried, but it’s not something I particularly find arousing.’

As he looks towards hitting the 400lb mark, Spartan keeps a steady daily diet of 5,000 calories.

On an average day, he will eat five rashers of bacon, six sausages and eight eggs for breakfast, followed by a lunch of three large homemade sandwiches and home-cooked meals for dinner such as 15 Polish pierogi, topped with butter and sour cream.

To hit his dream weight of 500lb (35st 10lb) Spartan also aims to start lifting weights at the gym once the pandemic eases.

He has already started stockpiling larger clothes for when he inevitably grows out of his XXXXL shirts and 48in waist trousers and shorts.

He dreams of quitting his job and devoting his life entirely to the gainer culture, making an income as an influencer, by posting pictures and videos to paid subscribers on websites like Patreon.

He hopes his story will encourage people to be less judgemental about the gaining community.

‘People think it is a freakshow, but actually it is far more common than they would realise – particularly in the heterosexual world, with women wanting to have big butts and big boobs,’ said Spartan.

‘It is all about being comfortable in your own body. For some people that can be because of a simple haircut, for others it can be gender, or, as in the gainer community, it’s our size.

‘All we are trying to do is achieve happiness with how we look and who we are.’