Long-term hemophilia treatment could lie in patients’ own cells 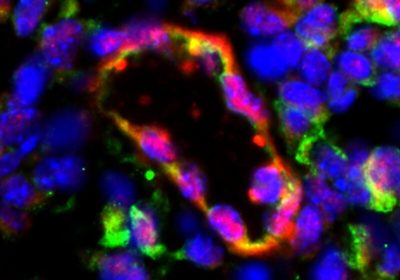 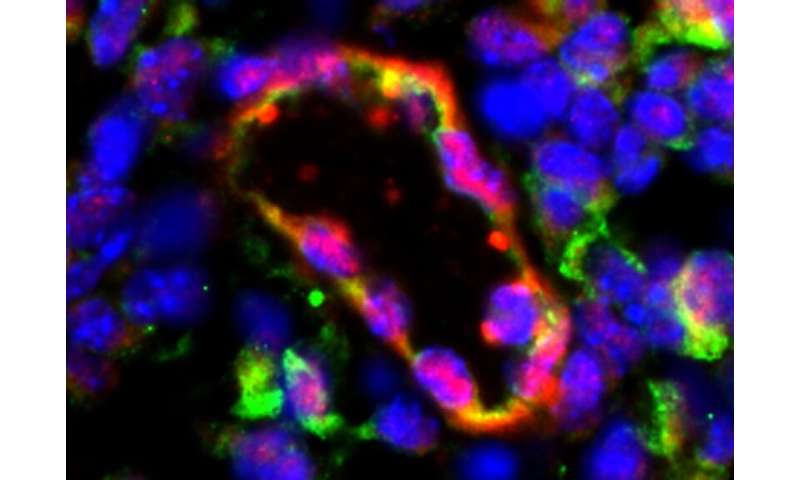 Children (and adults) with hemophilia are slow to form blood clots, so are at constant risk for uncontrolled bleeding. Even when the skin isn’t broken, a fall or a simple toe stub can become a serious medical issue: internal bleeding cause permanent damage to muscles and joints. While regularly replacing the missing or malfunctioning clotting factor can keep hemophilia under control, the protein must be infused multiple times per week—for life.

In the case of hemophilia A, the most common form, patients must receive infusions of factor VIII, every other day in severe cases. But what if, instead, they could make factor VIII on their own? For decades, scientists have tried to do this with gene therapy, but have come up against barriers.

“The gene for factor VIII is enormous,” says Juan Melero-Martin, Ph.D., a researcher in Boston Children’s Hospital’s Department of Cardiac Surgery. “You can try to deliver it with a virus, but either the gene doesn’t fit into the virus, or the virus can carry it but cannot insert the gene permanently into the genome. Some people have tried truncating the gene.”

So instead, Melero-Martin’s team has devised a completely new kind of gene therapy for hemophilia A—delivered by blood vessels made by the patient’s own, engineered cells. In a recent study, they showed that the approach works in mice. “With our system, we were able to introduce the full factor VIII protein,” he says.

In 2011, Melero-Martin and his colleagues showed that certain cells isolated from human blood, mixed with a type of stem cell and implanted into mice, can be made to secrete specific proteins into the bloodstream. The cells’ DNA had added genetic code instructing them to secrete erythropoietin, a hormone that stimulates production of red blood cells. When the cell mixture was injected into anemic mice, networks of blood vessels formed spontaneously, lined with the engineered cells. Within a week, the vessels hooked up with the animals’ own circulation, released erythropoietin into their blood, and restored red blood cell production.

The new study, published in Blood Advances, used a similar approach to treat hemophilia A in a mouse model. But this time, instead of drawing blood, the researchers used urine samples, obtained from seven patients with severe hemophilia A, with help from Stacy Croteau, MD, MMS, medical director of the Boston Hemophilia Center and Boston Children’s hemophilia treatment center. From the urine, they isolated epithelial cells lining the surface of the urinary tract.

“For a patient who has a bleeding disorder, it’s not trivial to draw blood,” Melero-Martin explains. “We would have to wait until blood being drawn for a clinical purpose, and it was difficult to get a sufficient amount of cells. If you spin urine, you can capture enough epithelial cells shed off by the urinary tract. I was skeptical myself, but it worked beautifully.”

In the lab, the researchers reprogrammed the epithelial cells into induced pluripotent stem cells. Next, they gene-edited the iPS cells, inserting multiple copies of the normal gene for factor VIII using a so-called piggyBac transposon system. Finally, they used the edited iPS cells to create large quantities of endothelial cells, which line blood vessels and naturally secrete factor VIII protein.

“Once you have an iPS line, you theoretically have an unlimited number of cells from a given patient,” Melero-Martin says.

Getting our blood vessels to make hemophilia drugs

The endothelial cells were implanted just under the skin in mice with hemophilia A. As before, they assembled themselves into networks of blood vessels. The vessels delivered functional factor VIII directly into the bloodstream—enough of the protein to serve the whole body and, more importantly, to restore normal blood clotting.

“After the implant, there was a 600 percent increase in circulating factor VIII,” Melero-Martin says. “We’re super excited about the levels of the protein we achieved. Even by producing just some factor VIII, you can go from severe disease to mild.”

Melero-Martin now plans further studies to determine how far he can push the system to produce enough factor VIII for human application, as well as the best site in the body to place the implant and how long the implants will remain functional. His lab may move to larger animals as an intermediate step.

If borne out by further study, this gene therapy approach could be useful in any medical condition that requires long-term replacement of a protein, he believes, especially when the protein needs to constantly circulate in the blood.