Les Dennis health: I was in denial – the stars major health scare – symptoms to spot 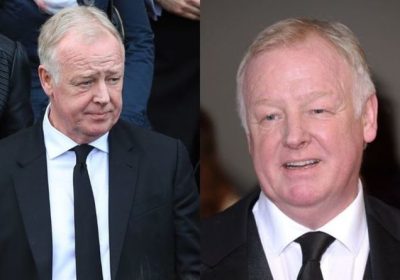 Most recently Les was seen back on the West End stage playing Wilbur in the London Palladium’s latest revival of Hairspray. Playing alongside Michael Ball as Edna Turnblad the show was an instant success when it was finally allowed to open after the relaxing of Covid restrictions. But it was when he had signed up to play Uncle Fester in The Addams Family UK tour that his health got in the way.

After being checked out by doctors for another ailment – which was the main reason for his departure from the production – the star also unexpectedly found out that he was prediabetic.

Talking on ITV’s Lorraine he said: “During the Addams Family tour, I got bronchitis and laryngitis.

“As a result, I got a blood test done and found out I was pre-diabetic.”

Shocked by his diagnosis, after recovering from bronchitis and laryngitis, the star was on a mission to change his ways and lower his blood sugar.

“I lost 20 pounds… I’m doing a lot of walking,” he added when talking to Lorraine.

His prediabetic diagnosis was not the only thing motivating the star, who also talked about his children and grown-up son.

He said: “I have two little kids as well as a grown-up son.

“Instead of running after them, I want to run with them.”

Impressing himself with his lifestyle changes, the actor hoped that his story would go on to inspire others in a similar situation to himself.

“I hope I’m an example that no matter what age, you can do it with exercise and diet. Plus a bit of motivation!” he said with glee.

In order to commit to his new healthy lifestyle, the star also took part in a Sport Relief challenge.

Talking about the challenge on This Morning he said: “I was in a bit of denial.

“My wife was like, we need to get this sorted. I was pre-diabetic. I realised I had to do something but where to start and what do you do?

“So the motivation of having a team and knowing you were doing it for such a great cause as Sport Relief as well was so important. I had got to the ‘now I’m 64’ age. My dad died at 65, so a lot of warnings were coming my way.”

The Centers for Disease Control and Prevention (CDC) is extremely clear when it states that the “pre” in prediabetes should not fool you.

Prediabetes is a serious health condition and can lead to type 2 diabetes. The main difference between the two conditions is that with prediabetes blood sugar levels are higher than normal, but not high enough yet to be diagnosed as diabetes.

The CDC explains that individuals can have prediabetes for years and have no clear symptoms so it often goes undiagnosed until other more serious health problems arise.

Classic signs and symptoms that suggest you’ve moved from prediabetes to type 2 diabetes include:

The “pre” in prediabetes however can be used as a chance to avoid the more serious and chronic diagnosis of type 2 diabetes. The main ways in which you can prevent this more serious diagnosis is through lifestyle changes.

As The Mayo Clinic reports, people in one large study reduced their risk of developing diabetes by almost 60 percent after losing approximately seven percent of their body weight with changes in exercise and diet.

The clinic recommends a diet of fibre-rich and healthy foods including but not limited to: tomatoes, broccoli, beans and whole-wheat pasta.