Lasting Norovirus Immunity May Depend on T Cells 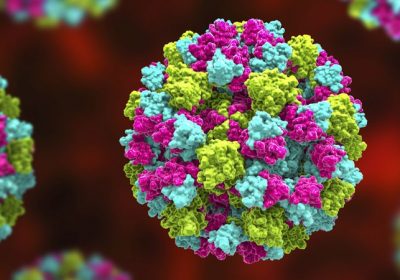 Protection against norovirus gastroenteritis is supported in part by norovirus-specific CD8+ T cells that reside in peripheral, intestinal, and lymphoid tissues, according to investigators.

These findings, and the molecular tools used to discover them, could guide development of a norovirus vaccine and novel cellular therapies, according to lead author Ajinkya Pattekar, MD, of the University of Pennsylvania, Philadelphia, and colleagues.

“Currently, there are no approved pharmacologic therapies against norovirus, and despite several promising clinical trials, an effective vaccine is not available,” the investigators wrote in Cellular and Molecular Gastroenterology and Hepatology, which may stem from an incomplete understanding of norovirus immunity, according to Dr. Pattekar and colleagues.

They noted that most previous research has focused on humoral immunity, which appears variable between individuals, with some people exhibiting a strong humoral response, while others mount only partial humoral protection. The investigators also noted that, depending on which studies were examined, this type of defense could last years or fade within weeks to months and that “immune mechanisms other than antibodies may be important for protection against noroviruses.”

Specifically, cellular immunity may be at work. A 2020 study involving volunteers showed that T cells were cross-reactive to a type of norovirus the participants had never been exposed to.

“These findings suggest that T cells may target conserved epitopes and could offer cross-protection against a broad range of noroviruses,” Dr. Pattekar and colleagues wrote.

To test this hypothesis, they first collected peripheral blood mononuclear cells (PBMCs) from three healthy volunteers with unknown norovirus exposure history. Then serum samples were screened for norovirus functional antibodies via the binding between virus-like particles (VLPs) and histo–blood group antigens (HBGAs). This revealed disparate profiles of blocking antibodies against various norovirus strains. While donor 1 and donor 2 had antibodies against multiple strains, donor 3 lacked norovirus antibodies. Further testing showed that this latter individual was a nonsecretor with limited exposure history.

Next, the investigators tested donor PBMCs for norovirus-specific T-cell responses with use of overlapping libraries of peptides for each of the three norovirus open reading frames (ORF1, ORF2, and ORF3). T-cell responses, predominantly involving CD8+ T cells, were observed in all donors. While donor 1 had the greatest response to ORF1, donors 2 and 3 had responses that focused on ORF2.

To better characterize T-cell epitopes, the investigators subdivided the overlapping peptide libraries into groups of shorter peptides, then exposed serum to these smaller component pools. This revealed eight HLA class I restricted epitopes that were derived from a genogroup II.4 pandemic norovirus strain; this group of variants has been responsible for all six of the norovirus pandemics since 1996.

Closer examination of the epitopes showed that they were “broadly conserved beyond GII.4.” Only one epitope exhibited variation in the C-terminal aromatic anchor, and it was nondominant. The investigators therefore identified seven immunodominant CD8+ epitopes, which they considered “valuable targets for vaccine and cell-based therapies.

“These data further confirm that epitope-specific CD8+ T cells are a universal feature of the overall norovirus immune response and could be an attractive target for future vaccines,” the investigators wrote.

“Future studies using tetramers and intestinal samples should build on these observations and fully define the location and microenvironment of norovirus-specific T cells,” the investigators wrote. “If carried out in the context of a vaccine trial, such studies could be highly valuable in elucidating tissue-resident memory correlates of norovirus immunity.”

The study was funded by the National Institutes of Health, the Wellcome Trust, and Deutsche Forschungsgemeinschaft. The investigators reported no conflicts of interest.