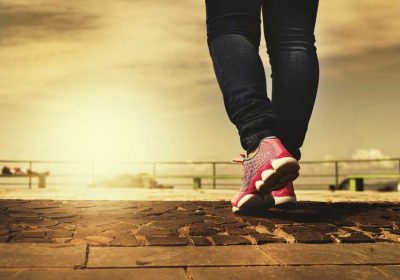 Americans may not be too busy to exercise after all. A new RAND Corporation study finds that Americans average more than 5 hours of free time each day, with men generally having a bit more free time than women.

But instead of being physically active during their free hours, Americans report they spend most of that time looking at screens (televisions, phones or other devices) with no gender or economic group spending even 7% of their free time on physical activity.

“There is a general perception among the public and even public health professionals that a lack of leisure time is a major reason that Americans do not get enough physical activity,” said Dr. Deborah Cohen, co-author of the study and a physician researcher at RAND, a nonprofit research organization. “But we found no evidence for those beliefs.”

The federal survey follows a representative sample of American families and periodically asks one family member to record their activities over a 24-hour period.

RAND researchers examined findings from the survey, using fairly restrictive measures to estimate the amount of “free” time Americans have on average. For example, researchers excluded from free time activities such as self-care, household activities and family caretaking (this included grooming, shopping and playing with children).

Examining the findings by age and racial groups, researchers found no group reported less than 4.5 hours of free time per day. Men reported having more than a half-hour of additional free time each day than women.

“Increasing the public’s awareness of how they actually use their time and creating messages that encourage Americans to reduce their screen time may help people to become more physically active,” Cohen said. “These findings suggest getting Americans to devote at least 20 or 30 minutes each day to physical activity is feasible.”

Physical activity can improve health by lowering the risk and severity of chronic disease such as heart disease, and improve mental health and physical well-being. Insufficient levels of physical activity may account for 8% of the deaths in the U.S. each year.