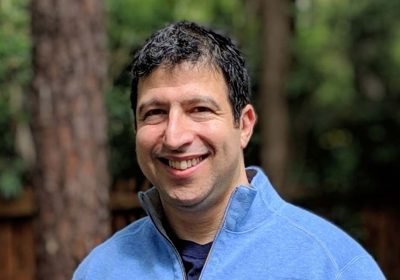 Adam Kepecs, PhD, recognized internationally for his research on neural circuits responsible for cognition and decision-making, has been named a BJC Investigator and a professor of neuroscience and psychiatry at Washington University School of Medicine in St. Louis. The BJC Investigators Program recruits to the School of Medicine scientists who bring innovative approaches to address important biological questions, and whose discoveries have the potential to identify new ways of understanding disease and developing treatments.

Kepecs currently is a professor and chair of the Neuroscience Program at Cold Spring Harbor Laboratory and an adjunct professor at Stony Brook University, both in New York.

He is the second BJC Investigator named. The first was Helen McNeill, PhD, a professor of developmental biology who studies molecules that govern the ways cells make contact and communicate with one another.

The BJC Investigators Program is focused on basic science and was inspired by the Howard Hughes Medical Institute’s philosophy of investing in scientists with exceptional creative talent. Eventually, the program will bring 10 highly regarded researchers to Washington University School of Medicine and the life sciences ecosystem in St. Louis.

“Dr. Kepecs is an international leader in the fields of circuit and systems neuroscience, and has been a pioneer in understanding the neural circuits responsible for cognitive functions, most notably decision-making and what is known as ‘decision confidence,’” said David H. Perlmutter, executive vice chancellor for medical affairs, the George and Carol Bauer dean, and the Spencer T. and Ann W. Olin Distinguished Professor. “He excels at weaving together the skills of an engineer, a deep understanding of biology and sophisticated mathematical insight, and we believe he will bring enormous strength to the systems neuroscience expertise already here at the School of Medicine.”

BJC Investigators are recommended by a search committee of 42 leading scientists at the School of Medicine. Their charge is to select candidates who already have indelibly changed their fields, whose discoveries will result in new and fundamental shifts in scientific thinking, and whose laboratories have become hubs for even more work that can galvanize the school’s preclinical departments.

Kepecs has made important contributions to the neural basis of decision confidence and understanding of interneurons, a specific class of brain cells that produce inhibition. His team makes frequent use of quantitative analysis and computational models to understand various behaviors, with a goal of developing therapies for disorders such as schizophrenia, Alzheimer’s disease and autism spectrum disorder.

Kepecs’ laboratory uses state-of-the-art electrophysiological and optical techniques to identify the neural correlates of behavior, and combines these with circuit manipulations to identify principles of neural circuit function. His lab also has begun to study human behavior using psychophysical and computational methods. At Washington University, he hopes to use these behavioral, computational and circuit neuroscience approaches to develop novel treatments in psychiatry.

Kepecs has been recognized with a number of awards and honors. He has been named a Kavli Frontiers of Science fellow, a John Merck Scholar, a Klingenstein Fellow, an Alfred P. Sloan research fellow, and he also received a McKnight Foundation Memory and Cognitive Disorders Award.

Before starting his own lab at Cold Spring Harbor Laboratory, Kepecs worked as a postdoctoral researcher there. He earned a doctorate in neuroscience from Brandeis University and a bachelor’s degree in mathematics and computer science from Eotvos Lorand University in Budapest, Hungary.