Kahlúa Is Dropping a New Espresso Martini in a Can 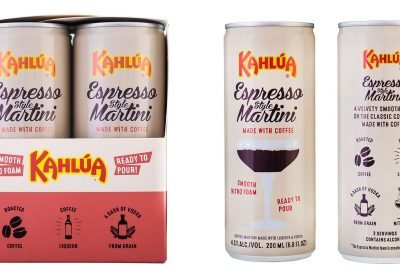 If you’re the kind of coffee junkie that prefers to spike your cup of joe with Kahlúa over Baileys, your dream drink is on its way to becoming reality. Kahlúa announced a new, ready-to-drink cocktail coming to stores this spring, and it doubles down on coffee flavor.

The canned Espresso Style Martini combines Kahlúa, coffee, and vodka and has a creamy foam on top meant to mimic the foam that comes on a just-made espresso martini. The cans themselves have a “smart nitrogen widget,” which Kahlúa says forces bubbles to the surface when it’s popped open to create that same creamy foam.

Kahlúa recommends pouring these into a glass to get the full experience, but also…the canned aspect is pretty nice if you’re drinking outside or somewhere you wouldn’t want to bring a glass. The portable drinks will be sold in four packs nationwide come spring; each can is 4.5% ABV.