Home » Health News » Jenelle Evans Opens Up About Getting Tubal Ligation: ‘I Got Extremely Sick When Pregnant’

Jenelle Evans Opens Up About Getting Tubal Ligation: ‘I Got Extremely Sick When Pregnant’ 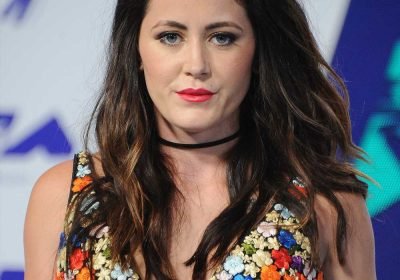 Jenelle Evans is opening up about the personal reasons that led her to get tubal ligation.

The Teen Mom 2 star, 27, told E! News that she had recently gotten the procedure, which is often referred to as getting your “tubes tied,” and was still recovering.

“I decided to do it because I had constant pain on my left side and I got extremely sick when pregnant,” she shared, adding that she also felt “happy with the number of kids I have now.”

According to the Mayo Clinic, “during tubal ligation, the fallopian tubes are cut, tied or blocked to permanently prevent pregnancy.”

Another factor behind her decision was being able to return to her “regular cycle.”

“I was on the IUD for birth control and thinned out my lining,” she said, going on to share that her left ovary has also been removed.

According to Us Weekly, Evans also had polyps on her uterus, which were removed and sent to a lab for testing.

Although Evans has yet to open up on social media about the procedure, over the weekend, her husband posted a photo of the reality star sitting in a wheelchair while balancing a surfboard on her lap.

“Got my babe a get well soon gift to encourage her to get back on her feet!” he wrote. “It sucks you had to go through this but at least we got some answers and you should be all better in no time! I love you so much!”

According to E!, on Friday Evans posted a video of herself in the hospital on her Instagram Story.

Last December, Evans shared that she had been hospitalized.

“If you’ve been keeping up or not with my health… I went in for another endoscopy today,” Evans wrote. “Wish me luck on my results! I just want to travel on a plane and be ok.”

The procedure is used to examine a person’s digestive tract with a flexible tube with a light and camera attached to it, according to the Mayo Clinic. People with stomach pain, digestive tract bleeding, bowel problems, colon growths and other issues may be advised to undergo the procedure.

In a since-deleted Instagram picture, Evans can be seen reclining in a hospital bed in a red hairnet as she manages a small grin for the camera. “Had biopsies done everywhere today,” she wrote over the picture, adding the hashtag #wishmeluck.