Home » Health News » Is there such a thing as ‘normal’ sexual function for women?

Is there such a thing as ‘normal’ sexual function for women? 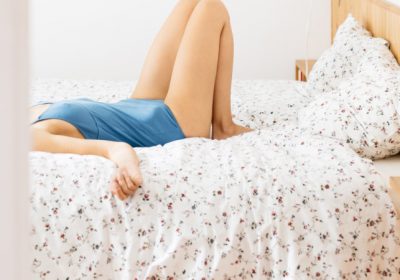 Ever wished you could reciprocate your partner’s hopeful gaze in the evening instead of losing your desire under layers of anxiety and to-do lists? Or to enthusiastically agree with your friends when they talk about how great it is to have sex six times a week?

Perhaps you just need to find that "switch" that will turn your desire on – big pharma has been trying for years to medicalise women's sex drive, and to "solve" low libido. 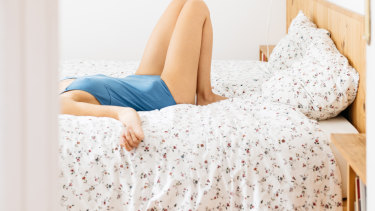 One US company has just released a self-administered injection that promises to stimulate desire 45 minutes after use.

Vyleesi will soon be available on the market, and women will now have two drugs to choose from, the other being flibanserin (sold under the name Addyi), which comes in pill form.

Many experts are sceptical of medication being marketed as treatment for HSDD and the constructs underpinning research into the condition.

Yet many experts are highly sceptical of medication being marketed as treatment for HSDD, and also of the scientific constructs underpinning the research into the condition.

Hypo-active sexual desire disorder (or HSDD) was listed in the DSM-4, and relates to persistently deficient (or absent) sexual fantasies and desire for sexual activity, which causes marked distress and relationship problems.

“The problem is, it is very hard to describe what this medical condition actually is, because its construction is too entangled with the marketing of the drugs to treat it,” says Bond University academic Dr Ray Moynihan, a former investigate journalist, now researcher.

His 2003 paper, and book, The making of a disease: female sexual dysfunction,  evaluates the methods used by pharmaceutical companies in the US to pathologise sexuality in women, focussing on the marketing campaign of Sprout Pharmaceuticals’ drug flibanserin, an antidepressant eventually approved by the US Food and Drug Administration (FDA) as a treatment for women experiencing sexual difficulties.

“This campaign, called Even the Score, was happening in real time as I was working as an investigative journalist and author.

“I got to see and document the way in which the very science underpinning this construct called FSD – or a disorder of low desire – was being constructed with money from the companies which would directly benefit from those constructs.”

The campaign was heavily criticised, mainly for co-opting  language of rights, choice and sex equality to pressure the FDA to approve a controversial female “Viagra” drug.

During his research, Dr Moynihan says he found “blatant connections between the researchers who were constructing the science, and the companies who would benefit from this science”.

“The basic structures of the science surrounding this condition were being funded by industry,” he says.

What does the science say?

The biological causes of the condition have been widely researched. A quick search comes up with more than 13,000 results for HSDD, and a whooping 700,000 for what the condition used to be called (female sexual dysfunction).

Some of these studies show that women with the condition experience changes in brain activity that are independent of lifestyle factors, and other research has found that oestrogen-only therapies can increase sexual desire in postmenopausal women.

Others look into the effectiveness of a testosterone patch increasing sexual activity and desire in surgically menopausal women. Most say there is little substantive research in the field, and even less conclusive evidence.

“Oh, there are … studies galore, but mostly they are done by the industry or industry supporters – that’s one problem,” says Leonore Tiefer, US author, researcher and educator who has written widely about the medicalisation of men's and women's sexuality.

“There is no such thing as ‘normal’ sexual function in women,” says Jayne Lucke, Professor at the Australian Research Centre in Sex, Health and Society at La Trobe University.

“Sexual function and desire changes across the lifespan, and is influenced by factors such as different partners, life experiences, having children, going through menopause.”

Using the word ‘normal’ is very powerful, because it puts pressure on women about our idea of what is a ‘normal’ woman’.

Professor Lucke has studied women’s health and public health policy for years, and believes our need to understand female sexuality and its triggers has created a rush to medicalise a condition which may not even exist.

“Using the word ‘normal’ is very powerful, because it puts pressure on women about our idea of what is a ‘normal’ woman’,” she says.

The studies submitted by AMAG (Vyleesi) and flibanserin (Sprout Pharmaceuticals) for approval from FSD have been criticised for their connection to industry, as well as the small differences between the drugs effects and those of the placebo.

For example, Vyleesi was found to increase desire marginally (scoring 1.2 on a range out of 6) in only a quarter of women, compared to 17 per cent of those taking a placebo. A review of flibanserin studies, including five published and three unpublished randomised clinical trials involving 5,914 women concluded the overall quality of the evidence for both efficacy and safety outcomes was very low.

Side effects were also an issue with both medications.

Flibanserin never sold well, partly due to problems with its manufacturer and partly due to its use terms: that women would have to take it daily and avoid alcohol to experience a marginal increase in their sexual experiences.

“I’m just unsure of the mechanism of action with these drugs – they seem to be using the model of male sexual desire as a baseline,” Professor Lucke says.

“In the heterosexual male model of sexuality, the man has the erection, then there is penetration, hopefully an orgasm for both: that’s the model this is targeting”.

That said, it doesn't mean that women don’t suffer from authentic sexual difficulties – the preferred term by many physicians, including the head of Sexual Medicine and Therapy Clinic at Monash Health and a sex counsellor at The Royal Women’s Hospital, Dr Anita Elias.

“Clinically, I wouldn’t waste too much time reading the DSM: we’re dealing with a person, not a classification.”

She says she prefers to talk about “sexual difficulties” rather than sexual “dysfunction” because often a sexual problem or difficulty is not a dysfunction, but just a symptom of what is going on in a woman’s life (involving her physical and emotional health, relationship or circumstances, or in her beliefs or expectations around sex).

She prefers 'sexual difficulties' rather than 'dysfunction' because often … (it) is a symptom of what is going on in a woman’s life.

“It’s the reason you don’t feel like having sex that needs to be addressed rather than just taking medication," she says.

Dr Elias believes silence and shame that surrounds the topic of female sexuality is impacting how these conditions are being dealt with at a medical and societal level.

“Sexual pain and issues just don’t get talked about: if you had back pain, you’d be telling everyone –but anything to do with sex and women is still taboo”.

Dr Amy Moten, a GP based in South Australia who specialises in sexual health, says sexual difficulties are not covered well enough during medical training.

“While training will include a component of women’s sexual health, this tends to refer to gynaecological conditions (such as STIs) rather than sexual function and wellbeing.”

She says many GPs won’t think to ask a woman about sexual issues unless it’s part of a cervical screen or conversation about contraception, and that many women are reluctant to have such an intimate conversation unless they trust their GP.

“We need to think more about how to have these conversations in the future, as we're living at a time of general increased anxiety, a lot of which can relate to sexual health."

As for medication? It may be available in the US, but the Australian Therapeutic Goods Administration (TGA) has confirmed no drug under that name has been approved for registration in Australia – yet.