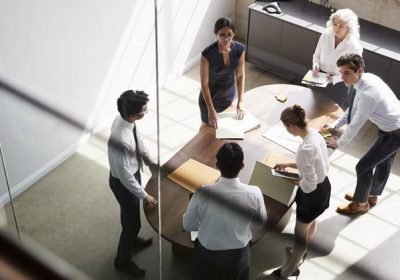 At least eight studies in the past seven years have looked at what happens specifically in a room accumulating carbon dioxide, the main ingredient in our exhalations. While the results are inconsistent, they are also intriguing.

You’re holed up with colleagues in a meeting room for two hours, hashing out a plan. Risks are weighed, decisions are made. Then, as you emerge, you realize it was much, much warmer and stuffier in there than in the rest of the office. Small rooms can build up heat and carbon dioxide from our breath — as well as other substances — to an extent that might surprise you. And as it happens, a small body of evidence suggests that when it comes to decision-making, indoor air may matter more than we have realized.

At least eight studies in the past seven years have looked at what happens specifically in a room accumulating carbon dioxide, the main ingredient in our exhalations. While the results are inconsistent, they are also intriguing. They suggest that while the kinds of air pollution known to cause cancer and asthma remain much more pressing as public health concerns, there may also be pollutants whose most detrimental effects are on the mind, rather than the body.

So can you trust the decisions made in small rooms? How much does the quality of air indoors affect your cognitive abilities? And as our knowledge of indoor air’s effects grows, do we need to revise how we design and use our buildings? Buildings in the United States have grown better sealed in the past 50 years, helping reduce the energy used in heating and cooling. That’s also made it easier for gasses and other substances released by humans and our belongings to build up inside.

Although indoor air quality is not as well monitored as the air outdoors, scientists and ventilation professionals have extensively monitored carbon dioxide indoors.

Higher CO2 levels — say, above 1,200 parts per million (ppm) — often indicate a low ventilation rate. Worrisome substances emitted by new furniture, office supplies and carpets could be accumulating in the air. “It’s long been thought of as an indicator of how bad the air in a space might be,” said Brent Stephens, a professor of architectural engineering at Illinois Institute of Technology.

While other indoor air pollutants may be linked to respiratory problems and cancers, carbon dioxide itself generally has been considered harmless at these levels. But researchers have started re-examining that assumption. Inhalation of carbon dioxide at much higher levels than you’d ever expect to see in a workplace has been found by biomedical researchers to dilate blood vessels in the brain, reduce neuronal activity, and decrease the amount of communication between brain regions.

But how much lower amounts, like those commonly found indoors, might affect the brain has not been studied much. About 10 years ago, William Fisk, a mechanical engineer at Lawrence Berkeley National Laboratory, and his colleagues put people in rooms where the carbon dioxide levels varied.

They exposed subjects for hours to concentrations as low as 600 ppm, fairly low for indoors, and as high as 2,500 ppm — a high but not astronomical amount that is probably not uncommon in crowded spaces. Carbon dioxide levels in some classrooms can be twice as high, Fisk noted in a later article.

The scientists had their subjects take a problem-solving test that measured real-world productivity and decision-making skills, said Usha Satish, a professor of psychiatry at SUNY Upstate Medical University and a co-author of the research.

The test generates scores for broad attributes like basic strategy and initiative. The team found a strong relationship between seven of the nine headings they looked at and carbon dioxide levels. The higher the carbon dioxide, the worse the test-takers did; at 2,500 ppm, their scores were generally much worse than at 1,000 ppm.

“It’s a very, very well-conceived study, with control for everything,” said Pawel Wargocki, a professor of civil engineering at the Technical University of Denmark. “They were very, very careful with the details of the design.” Other scientists who read the study got interested in the subject. A team led by Harvard researchers published similar results in 2016.

They had office workers come into a mock workplace for six days and take the same kind of problem-solving test while exposed to various concentrations of both carbon dioxide and volatile organic compounds commonly found in office buildings.

As levels of carbon dioxide rose from 550 ppm to 945 ppm to 1400 ppm, subjects’ scores under most headings declined substantially. (Problem-solving ability also seemed to suffer as levels of volatile organic compounds rose.)

“What we saw were these striking, really quite dramatic impacts on decision-making performance, when all we did was make a few minor adjustments to the air quality in the building,” said Joseph Allen, a professor at the Harvard T.H. Chan School of Public Health who led the study.

“Importantly, this was not a study of unique, exotic conditions,” he added. “It was a study of conditions that could be obtained in most buildings, if not all.” Not every study that sets out to check the relationship of indoor carbon dioxide to cognition finds a clear effect. Several studies using simpler tests of cognitive ability, like proofreading a text, have not shown such a shift.

Two studies using the same, more complex test on submarine crews and people meant to be representative of the NASA astronaut corps also did not turn up a connection, said Wargocki. That doesn’t mean the studies that documented an effect were flawed. It could be easier to compensate for mental fuzziness on the simpler tests.

Or there may be an interaction between the stress of taking the more complex test — which takes the form of a simulation in which subjects must use their judgment and move quickly — and higher carbon dioxide levels that results in lower scores.

So far, studies have not measured subjects’ stress levels or taken other readings that could help explain why carbon dioxide only sometimes affects cognition. Submarine crews and astronauts are trained to make decisions under stress and may function normally under conditions that would perturb others.

The question really is what is causing this effect, and under what circumstances does it appear, Wargocki said. That some people have difficulty thinking while breathing moderate levels of carbon dioxide suggests it may be worth taking a closer look at levels in offices and schools.

“In a study we did of a classroom, we consistently saw elevated levels of CO2 over 1,000 ppm over the course of an hourlong class,” said Shelly Miller, a professor of environmental engineering at the University of Colorado Boulder. Many studies have also shown that increasing the ventilation rate in schools can raise children’s scores on tests and speed at tasks, and reduce absences.

What researchers have found in classrooms could be instructive for the small conference rooms at work where we hash out ideas and plans. None of these studies specifically looked at such spaces. But the variations in performance at different levels of ventilation suggest that a typically recommended minimum air flow for a conference room, which is 6 cubic feet per minute per person, might not be optimal, said Allen.

Without a specialized sensor, you can’t really know how much carbon dioxide is building up while you hunker down in a small room for a long meeting. It might be a generally good practice, when possible, to crack open a door (or a window when possible, and when outside air pollution isn’t a major concern). Letting some fresh air it might even help keep good ideas flowing during your meeting, and prevent the discussion from getting too stale.