Home » Health News » Is a Gluten-Free Diet Healthy—and Can It Help With Weight Loss? We Asked a Nutritionist

Is a Gluten-Free Diet Healthy—and Can It Help With Weight Loss? We Asked a Nutritionist 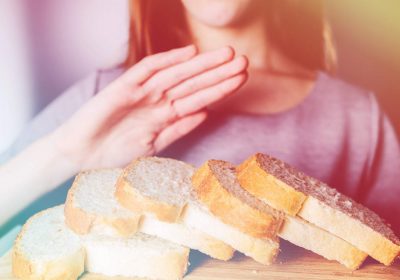 Going gluten-free is more popular than ever: A 2017 study from the Mayo Clinic found that the number of Americans following a gluten-free diet tripled from 2009 to 2014. By the end of the study period, an estimated 3 million people in the United States were avoiding gluten in their diet, researchers concluded. Several years later, the trend is still going strong.

But despite the gluten-free diet’s popularity—and the growing number of grocery store and restaurant menu items that cater to it—there’s still a lot of uncertainty about what exactly going gluten-free means, if it’s healthy, and why someone might want to (or have to) do so.

To clear up the confusion, Health looked at the research and spoke with Katie Kondziolka, RD, a clinical dietitian for the University of Minnesota Health System. Here’s everything you should know if you’re curious about celiac disease, gluten intolerance, and the gluten-free diet.

In its simplest terms, a gluten-free diet is one that includes no traces of gluten—a type of protein present in wheat, barley, and rye. The gluten-free diet is sometimes known as the celiac diet or the gluten-intolerance diet, because people with these conditions have a medical reason to avoid gluten.

Celiac disease is an autoimmune disease that affects up to 1 in 141 people in the United States, according to the National Institutes of Health. “When people with this disease ingest gluten, it damages the intestine and can lead to things like weight loss, fatigue, bloating, nausea, and malabsorption of nutrients,” Kondziolka tells Health.

Many people with celiac disease don’t know they have it. And because symptoms can vary so much from person to person, it can be difficult for people to get an accurate diagnosis. There’s no cure for celiac disease, and cutting out gluten is the only way to prevent future damage to the digestive system.

Other people may have a condition known as gluten intolerance or gluten sensitivity. “Some people experience GI distress or mental fog or joint aches and pains that they feel is improved when they follow a gluten-free diet,” says Kondziolka. “A gluten-free diet is definitely not the cure for every ailment, but we do know that it helps some people.”

Still other people may need to avoid gluten because of a wheat allergy. This is not the same as celiac disease, but it may cause some of the same symptoms, such as bloating and nausea. For some people, consuming wheat flour can also trigger hives, or even anaphylaxis.

Many of the foods that contain gluten are obvious—like anything made with wheat flour, for example. That puts many types of bread, pasta, cereal, cookies, and pastries off-limits.

But gluten can also be hiding in less obvious places. It’s an ingredient in beer, soy sauce, and certain types of soups and gravies, where it’s sometimes used a a thickening agent. Some foods may also contain malt extract or flavoring (derived from wheat) even if they don’t contain any actual wheat, barley, or rye.

To complicate things even further, some foods that are otherwise gluten-free may be contaminated with gluten during the farming or manufacturing process. This is often the case with oats, for example, although gluten-free oats are available for people who need to be extra careful.

And in a recent Columbia University study, researchers found that more than one-third of items labeled gluten-free on restaurant menus contained detectable levels of gluten—most likely due to unintentional contamination, the study authors said.

“To really follow the gluten-free diet to a T, it takes a lot of education and a lot of paying attention to food labels and ingredients,” says Kondziolka. Of course, how strict you need to be with the gluten-free diet depends on the reasons you’re following it and how gluten really affects you.

What are the risks and benefits of the gluten-free diet?

For people who have been diagnosed with celiac disease, a wheat allergy, or a gluten sensitivity, following a gluten-free diet should help alleviate symptoms and potentially dangerous complications of these conditions.

But more than 70% of people who follow a gluten-free diet are doing so without any of these medical diagnoses, according to that 2017 Mayo Clinic study. For these people, says Kondziolka, the benefits are less clear.

Cutting back on refined carbohydrates like white bread, white pasta, cookies, and beer—which also tend to be high in calories and low in nutrients—can certainly improve one’s diet, says Kondziolka. “If you’re trying to eat less gluten and you end up eating less of these types of foods as a result, that’s probably a good thing,” she says.

But going gluten-free also means cutting out whole-wheat bread and whole grains like barley and farro, which contain important nutrients, such as fiber and iron.

“If someone has a medical reason to avoid gluten, they can find other sources of these nutrients—like brown rice or quinoa, which are gluten-free whole grains,” says Kondziolka. “But making sure you have a well-rounded diet isn’t easy when you’re skipping a whole food group, which is why we don’t usually recommend it to people who are just looking for a fad diet.”

Can a gluten-free diet help with weight loss?

Eating fewer refined carbohydrates may help some people lose weight, says Kondziolka, so it’s not a bad idea for almost anyone—gluten-free or not—to cut back on things like white bread, cookies, and pastries.

But depending on what you replace those foods with, this strategy could also backfire. Research suggests up to one-third of consumers consider gluten-free foods to be healthier than similar foods that contain gluten—but that’s often not the case.

“You can buy gluten-free cookies or bread made with alternative flours,” says Kondziolka. “But usually, they’re higher in sugar and fillers as a substitute for the gluten, and people can actually gain weight from those products.”

People who have suffered from celiac disease may also find that they gain weight once they switch to a gluten-free diet, since their bodies are finally absorbing and processing food the way they should.

If a person is interested in the gluten-free diet primary for weight loss reasons, Kondziolka suggests speaking with a doctor or registered dietitian about his or her goals. “Following a diet that’s naturally lower in gluten—with more fruits and vegetables and lean proteins—is probably a better bet for most people than going completely gluten-free,” she says.