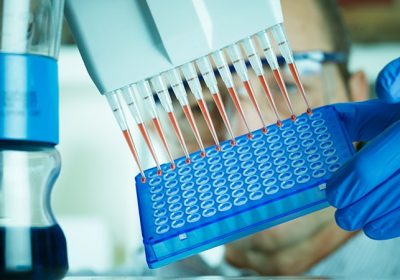 The use of preimplantation genetic tests (PGT) in in vitro fertilization cycles, including tests for nonmedical sex selection, increased significantly in states without mandated insurance coverage, based on data from a study of 300,000 IVF cycles.

Previous studies have shown associations between IVF insurance coverage and various IVF practice patterns, but trends in genetic testing according to state-mandated insurance have not been explored, Bronwyn S. Bedrick, MD, of Johns Hopkins University, Baltimore, and colleagues wrote.

“Preimplantation genetic testing was introduced into clinical practice to prevent transmission of genetic disease and to improve uptake of single embryo transfer, but in the real world there are many potential applications,” corresponding author Emily Jungheim, MD, of Northwestern University, Chicago, said in an interview. “We wanted to know how PGT is being applied given that its use is on the rise.”

In a study published in Obstetrics & Gynecology, the researchers analyzed genetic testing in deidentified autologous, nonbanking IVF cycles from 2014 to 2016 obtained through the Society for Assisted Reproductive Technology Clinic Outcome Reporting System (SART CORS). The data set included 301,465 IVF cycles and 224,235 unique patients over the 3-year study period. Of these, 78,578 cycles (26%) used PGT, and overall, the proportion of IVF cycles using PGT approximately doubled, from 17% in 2014 to 34% in 2016 – a significant increase over time (risk ratio, 1.37). As of 2021, 13 states had mandates that health insurance include IVF costs.

Aneuploidy was the most common indication for PGT, and accounted for 60% of the cycles; however, the number of cycles using PGT for elective sex selection increased from 1,314 cycles in 2014 to 2,184 in 2016 (approximately 66% increase).

In a multivariate analysis, IVF cycles for elective sex selection was 56% lower in states with mandates, compared with those without (RR, 0.44; P < .001).

“The increase in the number of cycles using elective sex selection seen in this study may reflect the growing number of clinics offering [PGT] for nonmedical sex selection as well as increasing public awareness of preimplantation genetic testing,” the researchers wrote.

However, the socioeconomic characteristics of women may play a role in the use of PGT, as those living in states with no mandate must be able pay the cost of IVF procedures, as well as the cost of PGT if desired, they noted.

The study findings were limited by several factors including the lack of clinic identifiers and lack of data characteristics including, race, ethnicity, and previous live births, the researchers noted. Other limitations included a lack of data on the sex preferences of the couple, and whether the sex of the embryo was known, and whether male and female embryos were transferred. Also, no states have mandates to cover PGT, and the limited study period may not generalize to current practices.

However, the study strengths include the large size and comprehensive database, and have implications for future policies and expansion of insurance coverage for infertility treatment and for preventing transmission of genetic diseases, they said.

Be Mindful of Consequences of Testing

In an interview, Jungheim said she was surprised by some of the findings. “I thought we would see that PGT-A utilization was lower in states without mandates given the already high cost of IVF for patients paying out of pocket. I was also surprised to see that more males were born after PGT-A; it suggests that overall, patients using PGT-A favor males.

“For clinicians, we need to be mindful of the long-term impact of our practices,” she emphasized. “Shifting the sex ratio in favor of one sex or the other is an unintended consequence of IVF with PGT-A that can have negative implications for future generations.”

In the study, the researchers proposed a revision to the American Society for Reproductive Medicine Ethics Committee opinion on sex selection to provide guidance in keeping with ASRM’s mission of “accessible, ethical, and quality reproductive care for every person.”

However, “even if the ASRM Ethics Committee Opinion was revised, it’s up to clinicians to decide what they are comfortable with,” said Jungheim. “When patients are paying out of pocket for expensive treatments that require emotional investment and time, it can be difficult to keep medical decision making strictly evidence based.” Improved insurance coverage and access to fertility care may help with some of these decisions, but more real-world evidence is needed.

The study findings are both “novel and sobering,” and enhance the current body of evidence of associations between state insurance mandates and IVF outcomes, Jennifer Eaton, MD, of Brown University, Providence, R.I., wrote in an accompanying editorial.

“The association between mandate status and elective sex selection is particularly eye-opening,” said Eaton. The overall increased use of PGT for sex selection does not account for sex selection as part of testing for aneuploidy. In fact, “patients with euploid embryos of both sexes are frequently given the opportunity to select which embryo to transfer.”

The current study provides “compelling evidence that it is time to revisit the ethical dilemma of elective sex selection in the United States,” Eaton emphasized. The current ASRM guidance states that IVF clinics are not obligated to provide or refuse to provide nonmedically indicated methods of sex selection, but in light of the current study and other studies, a revision to the existing ASRM Ethics Committee opinion is needed.

The study received no outside funding. Neither the researchers nor Eaton had any financial conflicts to disclose.