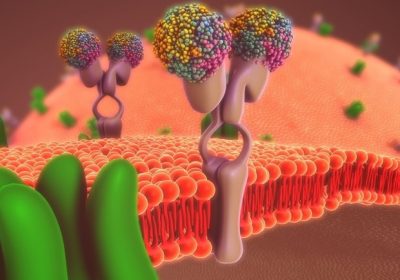 Need another reason to think twice before ordering that extra helping of fries? It could lead to a higher risk of developing liver cancer. Cases of nonalcoholic steatohepatitis (NASH) – a type of fatty liver disease that might also lead to cancer – are on the rise, and treatment remains elusive. A research group led by Osaka Metropolitan University took a potential step toward suppression and treatment of NASH-associated liver cancer with their research using obese mice that explains the importance of secreted proteins from cell membrane pores formed in cells in the vicinity of cancer cells in the tumor microenvironment for cancer development. Their findings were published in Science Immunology.

While cancer cells themselves are obviously detrimental, neighboring cells including cancer-associated fibroblasts in a so-called "tumor microenvironment" can play a part in cancer development as well.

In the obesity-associated liver tumor microenvironment, the fibroblasts called 'hepatic stellate cells' become senescent. This causes them to exhibit a senescence-associated secretory phenotype (SASP), where they release a set of proteins that promote cancer by suppressing anti-tumor immunity."

The mechanism by which proteins such as SASP factors are released and accelerate tumor development remains unclear.

Professor Ohtani's team attempted to uncover this mechanism by feeding a high-fat diet to cancer-prone mice and studying the obesity-induced liver cancer. They first conducted a comprehensive gene expression analysis to determine what SASP factors were produced by hepatic stellate cells and then investigated how they were released.

The SASP factors IL-1β and IL-33 were discovered to be two of the key facilitators of liver cancer growth. Their release occurs in two main stages. "First, the high-fat diet weakens gut barrier function, resulting in the migration and accumulation of lipoteichoic acid in the liver," Professor Ohtani elaborated. "Second, the accumulated lipoteichoic acid stimulates the cleavage of gasdermin D protein. This, in turn, forms cell membrane pores where IL-1β and IL-33 are exported or released from hepatic stellate cells."

These pores play a crucial role, because once IL-33 is released, it activates its receptor-positive regulatory T cells that act to suppress the immune response to cancer cells and potentially exacerbate cancer development.

Understanding this mechanism is an important advance in humanity's battle against cancer. "Our study revealed a very interesting mechanism by which the tumor-promoting SASP factors are released through the cell membrane pores formed by the stimulation of gut microbial component," concluded Professor Ohtani. "Inhibiting this pore formation may facilitate prevention and therapeutic strategies for NASH-associated liver cancer patients."