Industry players break down the evolution of femtech 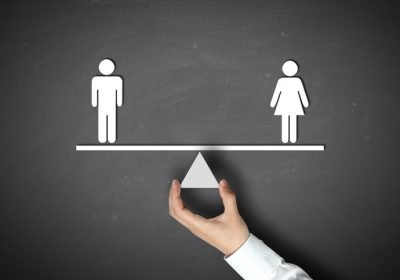 Gender representation is a hot topic across industries this year. Notably, NASA made a splash in March – and not in a good way – after cancelling the first all-woman spacewalk for lack of a spacesuit in the right size for one of the two astronauts scheduled to go. Figures show that out of the nearly 500 people that have been to space, only 11% have been women. But their representation in the space industry isn’t the only contentious area. Women are also notoriously underrepresented in health tech, which can have detrimental impacts on the industry as a whole.

In June 2018, the Boston Consulting Group teamed up with global accelerator network MassChallenge to try and identify how companies founded by women differed to those founded by men. According to their research, which looked at five years of investment and revenue data, although women founders receive less investment than men when they pitch ideas for early-stage capital, their businesses “ultimately deliver higher revenue”. Meanwhile, more evidence, the consulting firm said, is showing that companies with more women in leadership positions outperform businesses that are dominated by men.

“That’s really not a shock, because when everyone’s thinking the same, businesses fail,” Matthew Ward of Axa PPP said at a recent event on femtech organised by Giant in London, commenting on some of the research done by the Boston Consulting Group on gender inequality in the startup investment space.

The term femtech was coined by co-founder and CEO of Clue Ida Tin in 2016 to define technologies aiming to “support and advance women’s healthcare”, and has caught on since, although it has also received some criticism from those arguing that the category looks mainly at companies focusing on “biological needs” and excludes trans women, such as this recent piece from Quartz.

“It was at TechCrunch Disrupt in San Francisco in the autumn of 2016 when I coined the term. I was shocked to see that products that supported female health were scattered around the exhibition hall, looking lost and out of place, while entire areas were dedicated to groups like fintech and cleantech,” Tin explained. “I knew immediately that in order for products dedicated to female health to be taken seriously, the market needed to be defined, so I suggested that we should begin to call ourselves a femtech company.

“By defining the group of products that are associated with female health, we are creating an entirely new category of technology and, by grouping these technologies, it paves the way for femtech conferences and for VCs to invest in femtech, building out a femtech portfolio,” the CEO added.

But the early stage venture capital space remains dominated by men, and the irony was not lost on the organisers of the recent event in London, where a panel of men was quizzed – by a woman founder – about investing in the femtech world. Will Gibbs, from London and New York-based Octopus Ventures, argued that there were massive amounts of “latent demand” in areas previously seen as taboos.

“I think, Elvie, when they launched in the US, their website crashed within the first 10 minutes, they then patched it, the following week launched again, crashed again within the first minutes, and to me that’s just indicative of how there’s a lot of demand for innovation in these really unglamorous areas, and institutional biases, the fact that many of these companies have not been able to raise finance before means it’s a massively underserved market,” Gibbs added. “But when people do get it right, you can build some really valuable businesses in very short time periods.”

Gibbs told delegates that he had recently noticed a change in the investor space in terms of diversity, particularly in the past year. “I think that a lot of that is driven by market forces, that now funds that are seen as being more open minded, more gender-balanced actually have a competitive advantage to funds that are maybe seen as being less diverse,” he explained. At Octopus, 35% of all new deals in the past 18 months have reportedly had either a female CEO or female co-founders. But there’s still “a lot” to do before achieving gender parity, Gibbs added, including addressing the fact the fund has no female partners.

Asked how they sought to understand what was worth investing into in this space, John Spindler, CEO of Capital Enterprise, a network for universities, tech accelerators and incubators in London, and the founding partner of AI Seed VC and the London Co-Investment Fund, emphasised that the key was to invest in businesses with “people who know something much more deeply than we do, and are much more driven than we are”.

“I want to invest in more female led companies and we’re doing health because the smartest people we’re finding in tech are often in health, and are female. You’re driving us in that direction, we’re not driving you,” Spindler added, drawing applause from the crowd.