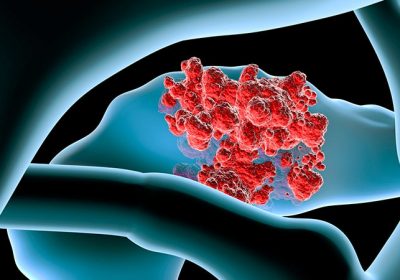 In a large, matched cohort, patients who received adjuvant chemotherapy survived about 5 months longer than their peers who did not.

“The success of adjuvant chemotherapy used to be unclear, with varied data available for doctors to consider. Our study suggests that adjuvant chemotherapy after surgery should be implemented no matter the biological stage of the cancer,” lead researcher Marco Del Chiaro, MD, PhD, with University of Colorado School of Medicine in Aurora, said in a news release.

“This is more or less what everyone does in practice, to be honest, but we didn’t have anything to support that,” Del Chiaro added in an interview with Medscape Medical News.

The study was published earlier this month in JAMA Oncology.

After propensity-score matching based on demographic and pathological characteristics, 444 patients remained in each group.

In a subgroup analysis, adjuvant chemotherapy was also associated with significantly better overall survival in patients with any pathological N category (ypN0 or ypN1) and margin status (R0-R2) as well as those younger than 75 years, those with a pathological T category of ypT3 or greater, and those with moderately or poorly differentiated tumors.

Provided patients recover well from the surgery, most will get adjuvant chemotherapy and “this study provides nice data showing that actually is in fact improving outcomes, because we don’t have a randomized clinical trial showing that,” said Cohen, with the Center of Excellence for Pancreatic Cancer at Mount Sinai, New York City.

However, the findings come with caveats.

The study provides a “general overall feeling that it’s probably good to give some chemotherapy after surgery, but it lacks needed details on duration and type of chemotherapy in both the neoadjuvant and adjuvant setting,” cautioned Simeone, who wasn’t associated with the research.

“As is typical with these retrospective studies, there is a lot of missing information that limits the ability to really understand how best to deploy adjuvant chemotherapy after neoadjuvant therapy,” Simeone added, noting that this question should be addressed more thoroughly in a randomized, prospective manner.

Del Chiaro acknowledged that chemotherapy after surgery can be a “heavy burden,” which must be weighed on an individual basis.

“The suggestion of this paper is that, if the patient is fit enough and is suitable to get chemotherapy after surgery, it’s beneficial to continue chemotherapy even after surgery,” Del Chiaro said. “But I think we need to personalize these benefits with the patient. If I have a patient that is old, sick, and has a lot of complications after surgery, I would probably not offer it.”

In an accompanying editorial, experts also noted that the National Cancer Database lacks data on postoperative complications, which are known to occur in 20%–30% of patients after pancreatectomy, and these patients are less apt to receive adjuvant chemotherapy.

Given that some patients with pancreatic ductal adenocarcinoma will not be able to receive adjuvant therapy following surgery, Massarweh and colleagues suggested looking to other treatment avenues. “Perhaps we should instead be asking whether it makes sense to shift toward a total neoadjuvant approach” for these patients. In other words, “perhaps we should start looking for new rocks to turn over.”

Support for the study was provided by the Japan Society for the Promotion of Science Overseas Challenge Program for Young Researchers and the Mochida Memorial Foundation for Medical and Pharmaceutical Research. Del Chiaro reports receiving an industry grant from Haemonetics and being a co-principal investigator of a Boston Scientific-sponsored international multicenter study, outside the submitted work. Simeone, Cohen and the editorialists reported no relevant financial relationships.