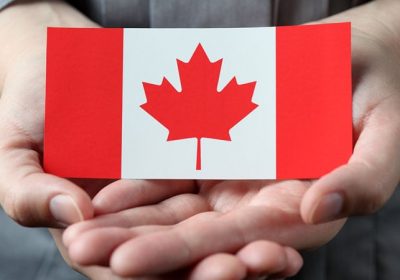 Immigration status does not modify the bidirectional association between diabetes and depression, new data suggest.

“The lack of effect modification by immigration status in the diabetes-depression relation in our study may perhaps be explained by the resilience of immigrants in their dynamic process of positive adaptation,” the researchers wrote.

The findings were published online June 14 in CMAJ Open.

To study whether immigration status modified the bidirectional association between depression and diabetes, the researchers conducted a retrospective cohort study using data from the Canadian Longitudinal Study on Aging (CLSA). This long-term, ongoing study will follow approximately 50,000 individuals between ages 45 and 85 years for at least 20 years.

But the confidence intervals for depression risk among patients with diabetes in the immigrant and Canadian-born groups overlapped. “With overlapping confidence intervals, we cannot conclude that the risk of depression among those with diabetes is statistically different between immigrants and nonimmigrants,” study author Doaa Farid, RD, a doctoral candidate at McGill University in Montreal, told Medscape Medical News.

The limitations of the study included the potential for participation bias and the difficulties inherent in using self-reported information. Language barriers may also have affected the data used in the study, said the researchers.

Understanding how immigration affects health is crucial. Results from Canada’s 2016 census showed that 21.9% of the nation’s population reported being or having been an immigrant or new permanent resident. Last year, Canada recorded more than 401,000 new permanent residents, which is a record number.

Yet studies examining the experience of immigrants in Canada have produced mixed results. Some have found differences in outcome among people with similar backgrounds.

Earlier studies found a lower prevalence of psychiatric disorders in immigrants compared with those living in the country where they had been born, and an enhanced protective effect for immigrants living in neighborhoods with a higher concentration of immigrant, Farid told Medscape.

“It was argued that being part of a community that shared the culture and language can improve mental health outcomes,” Farid said. Resilience may play a role, as in “the ability to rebound and adapt to change, disruption, adversity, and stress such as when immigrating to a new host country,” she added. And social support may improve resilience.

Commenting on the current research for Medscape, Calvin Ke, MD, PhD, a staff endocrinologist at Toronto General Hospital, said that the study appeared to have been well conducted. The findings might have been different if the data reflected a more ethnically diverse or younger group of patients, he said.

“As acknowledged in the paper, in this type of cohort, there is potential for participation bias, as those who agree and are able to participate might be different from those who do not participate,” said Ke.

The paper is a reminder for clinicians to keep an eye out for both depression and diabetes, he added. “As the authors have emphasized, it is highly important for healthcare providers to be on the lookout for diabetes when encountering people with depression, and vice versa.”

Esme Fuller-Thomson, PhD, director of the University of Toronto’s Institute for Life Course and Aging, told Medscape that the current study drew on research done before the pandemic. It used CLSA baseline data from 2012 to 2015 and the 3-year follow-up data from 2015 to 2018.

Many older people experienced social isolation and reduced activity due to lockdowns and other steps taken to reduce the spread of the virus. “The pandemic had a huge toll on older adults, with respect to their mental health, even if they didn’t get COVID,” said Fuller-Thomson.

She also noted the challenge in searching for a relatively rare event, such as developing diabetes, in combination with tracking other factors. “The fact that they did not find an association does not mean that subgroups of immigrants, in particular refugees, would not be vulnerable,” said Fuller-Thomson.

The CLSA is funded by the Government of Canada through the Canadian Institutes of Health Research and the Canada Foundation for Innovation. Farid, Ke, and Fuller-Thomson reported no financial disclosures related to this work.

Kerry Dooley Young is a freelance journalist based in Miami Beach, Florida. She is the core topic leader on patient safety issues for the Association of Health Care Journalists. Her work has appeared in CQ Roll/Congressional Quarterly and Bloomberg. Follow her on Twitter: @kdooleyyoung.